All glitz and glamour? It’s a job, too | Inquirer Lifestyle ❮ ❯ 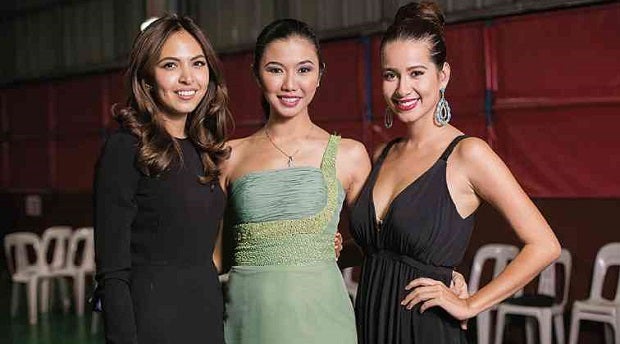 All glitz and glamour? It’s a job, too

So you want to be Miss Philippines? Then be prepared to smile and look your best while making ends meet for one year.

Since beauty queens are under contract with local pageant organizers during their year-long reign, lucrative deals ranging from endorsements to show-biz offers start coming in only after they have passed on their crowns to their successors.

Since they also have to attend to their duties as beauty queens—from ribbon-cutting to visiting orphanages and planting trees—endorsement deals during their reigns are also few and far between. As their managers, pageant organizers also get a percentage of whatever money they make.

Some titles come with a cash prize, but in the case of former Miss Earth 2008 Karla Henry, she didn’t get a lump-sum package. Instead, the money was divided into several months, which, in effect, doubled as her salary.

“Winning a title also means winning a job,” said the Filipino-Canadian Henry. “You have to complete your reign. Otherwise, you don’t get the money. Worse, you could even lose your title.”

“I was at my poorest during that time,” said the Filipino-British beauty. “What I was making when I was a beauty queen was minuscule compared to what I was getting as an artista.”

But joining a beauty contest was a gambit Wilson felt she had to take. With her manager’s blessings, she turned her back on show biz for a while.

And true enough, when her reign was over, Wilson’s show-biz career bloomed until she got married to Victor Consunji a few years later.

She considers being sent to Colombia for training and then to Puerto Rico to compete in Miss Universe as her biggest prize. Before her reign was over, she was also sent to Turkey by Stella Araneta to compete in the now-defunct Miss Globe.

None of them regret their decision to put their careers and even love lives on hold.

“It’s a once-in-a-lifetime experience,” said Agustin. “No one would send you to Miss Universe.”

At the same time, the experience proved to be an ideal way of honing their character. When Henry joined Binibining Pilipinas, for instance, she didn’t even land in the semifinals.

“I didn’t do well,” recalled Henry. “I was probably too mestiza.”

Feeling dejected, she was unable to immediately go back home to Cebu and face her supporters. Instead, she told mentor Rodgil Flores, head of Kagandahang Flores, that she wanted to stay in Manila to give Miss Earth Philippines a shot. Flores agreed, but on one condition.

“I promised to train her again, but this time she should win not as a runner-up, but as Miss Earth Philippines,” said Flores. “Otherwise, manghihiram siya ng mukha sa aso when she goes back home to Cebu.”

Instead of discouraging Henry, Flores’ words inspired her to work harder. Henry didn’t just win the national title, but went on to become the first and so far only Filipino to win Miss Earth.

“I experienced what a lot of these girls experienced,” said Henry. “It was like a raging fire burning within you that propels you to go beyond yourself. If you want something badly, you don’t care anymore how many hours you sleep. You just train, train, train.”

Admittedly, however, training, no matter how intensive, can only take you so far. Being a beauty queen means you have to be born with it.

“You’re joining a beauty contest, so you should expect people to initially judge you by your looks,” said Agustin. “It comes with the territory. The sooner you deal with it, the better.”

Apart from height, such factors as structure of the face, symmetry and how light affects it are important, said Jonas Gaffud, head of Aces & Queens.

“The posture can be corrected,” he said. “Even personality and a semblance of intelligence can be acquired through rigorous training. As for beauty, makeup and surgery can do wonders to the face. The one thing you can never learn or acquire is exuding the aura of a winner. That’s something innate.”