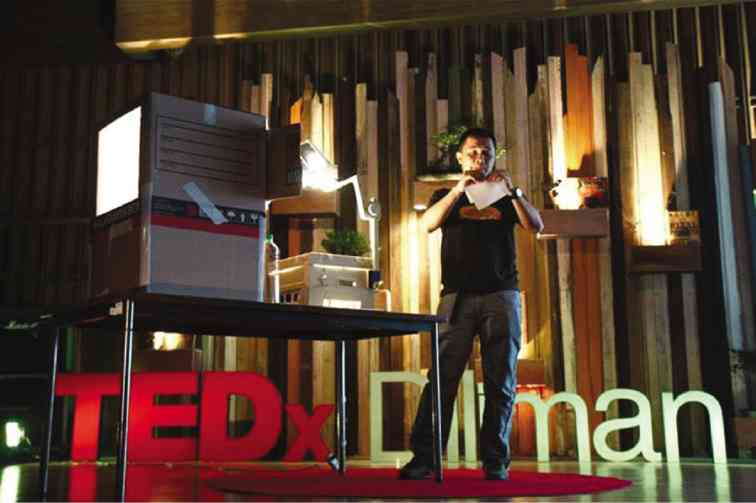 Young artist leaves behind a legacy of light

The art world mourns the loss of prolific contemporary artist Don Salubayba, who died after falling on a short coma on March 12.

A few days before his passing, Salubayba suffered from aneurysm, which led to a stroke.

At 35, the visual artist had forged for himself a career in painting, art installation and shadowplay theater; the last being Salubayba’s haven since his younger years as a student at the Philippine High School for the Arts in Laguna.

What started as a way to keep him and his roommates entertained during the first Aquino administration’s “daylight saving time” eventually paved the way for Salubyaba’s selecting an uncommon medium—light.

In darkness, Salubayba saw not fear, or the unknown, but a most intriguing canvas.

A member of the Anino Shadowplay Collective and the TuTok Arists Collective, the University of the Philippines alumnus and art educator remained dedicated to the spread of shadowplay throughout his short career. Influences of the craft can also be noticed in his paintings, illustrations and installations.

Aside from his lively participation in the local art industry, exhibitions abroad allowed Salubayba to gain international footing. Residency programs across Asia and the United States became Salubayba’s playgrounds. His works were showcased in Japan, Singapore, Taiwan, Vietnam, Australia, Scotland and the United States.

Salubayba’s body of work earned him the Cultural Center of the Philippines’ Thirteen Artist Award in 2009.

He was also tapped by the Center for Art, New Ventures and Sustainable Development (Canvas) to render scenes for the children’s book “Tahan na, Tahanan” which features a poem about the Filipino home. The book was published in 2011 and was dedicated to Salubayba’s children, who he fondly referred to as his “Salu-babies.”

Salubayba’s creations were recently showcased in the exhibit “Sala sa Init, Sala sa Lamig” at  UP Vargas Museum  as part of the spread in Art Fair Philippines. His shadowplay was spotlighted in TEDxDiliman 2013.

In his TEDtalk, Salubayba touched on the imagination’s’ limitless possibilities especially in shadowplay theater.

A master of shadows, Salubayba could not stress enough that a most important element in his craft is a solid light source. Little did the modest and unassuming Salubayba know that he was and will always be exactly that—an incandescent force for many.

Salubayba is survived by his wife and their two children. An outpouring of love for the artist and mentor overwhelmed the Salubayba family when students and fellow artists trooped to the hospital upon learning of his condition.

There, they held vigils and started a campaign that encouraged Salubayba to wake from his coma, as echoed on several social media platforms. Salubayba’s wake was held at the St. Peter’s Chapel in Quezon City.