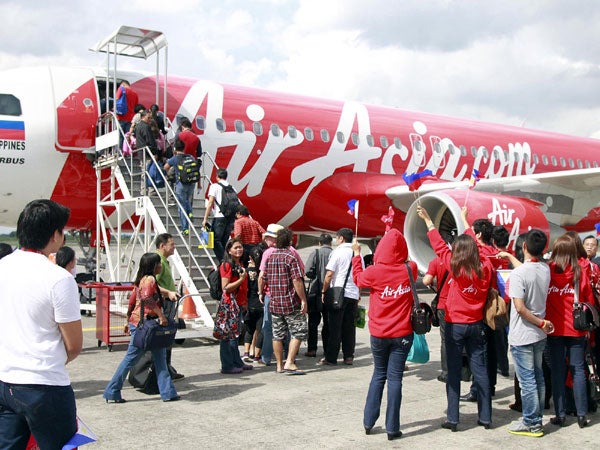 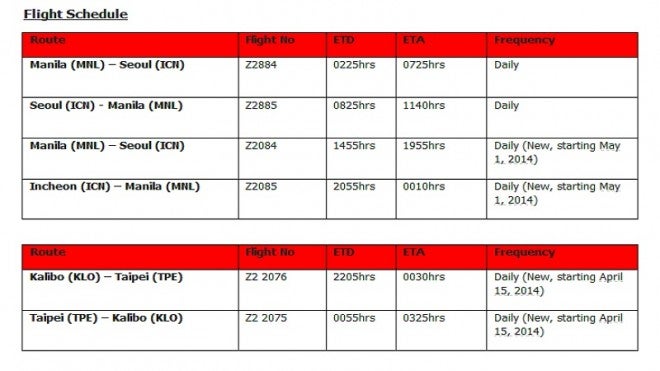 MANILA, Philippines– Starting on May 1, AirAsia Zest will fly twice a day from Manila to Incheon “in response to the growth in traffic between Philippines and South Korea,” the airline announced on Monday.

“Starting 1st May 2014, AirAsia Zest’s Manila-Incheon services will increase from once to twice daily while new direct flights between Kalibo (Boracay) and Taipei will operate daily beginning 15th April 2014,” it said in a statement.

“Our new daily double services between Manila and Incheon open up new affordable access between countries especially this summer when more and more Koreans are looking forward to bask in the Philippine sun while Filipinos are equally excited about the pleasant weather in Seoul and its modern skyscrapers, majestic palace, shopping districts and historical attractions,” said Joy Caneba, executive vice president and chied operating officer of AirAsia Zest.

Apart from the website, AirAsia Zest said, promo seats can also be booked via AirAsia’s mobile apps which are available on iPhone, Android devices, the Blackberry Z10 and now on the Windows Phone platform as well.