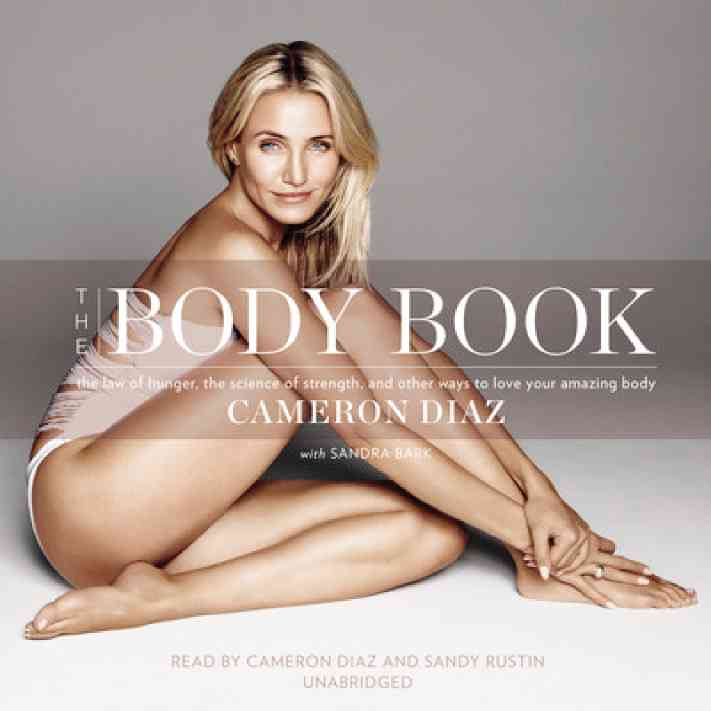 Cameron Diaz dishes out body advice like a BFF 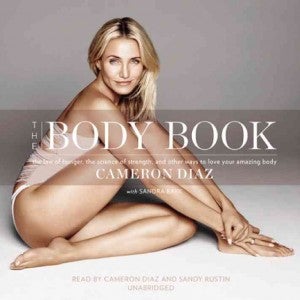 Reading Hollywood actress Cameron Diaz’s “The Body Book (The Law of Hunger, the Science of Strength and Other Ways to Love Your Amazing Body)” is like listening to your soothing-voiced BFF explain the female anatomy, its quirks and concerns.

The book, written with Sandra Bark, makes it clear that Diaz wants each woman to be comfortable with her own body, treat it with care, keep it healthy and celebrate it for its uniqueness.

No sermons here, no condescending tones—just a well-researched tome that uses everyday situations to bring the points home.

One thing working for Diaz is that she projects friendliness, fun and a certain spontaneity in most of her films that make her a non-intimidating source of information.

The book discusses nutrition, fitness and mental health. Diaz also recalls her journey toward becoming healthy and her constant daily struggle to stay that way.

It is an easy read because of its conversational tone. Diaz readily admits her own weaknesses, such as bad skin and a penchant for fast food during her teens, sports injuries, and the occasional giving in to unhealthy food to assure that she is normal like the rest of us.

Readers who regularly monitor health and fitness news would already be familiar with much of the information in the book—breakfast being the most important meal of the day, why trans fats are evil, how the body must be constantly hydrated, and how stress affects overall physical and mental health.

One well-thought piece of research is a chart that traces the evolution of junk food and diet fads in the United States to show how unhealthy eating has ingrained itself in American culture.

The cabbage soup and grapefruit diets and the first diet soft drink became popular in the 1950s.

Weight Watchers, Tang and Pop-Tarts reached iconic status along with Gloria Steinem in the ’60s.

The 1970s were notable for the rise of Starbucks, Ben and Jerry’s homemade ice cream and egg McMuffins; the ’80s for Red Bull; and the ’90s for fat-free Pringles and deep-fried Mars bars.

Diaz notes that a stronger health consciousness marked the beginning of the 21st century.  It was the time when the South Beach diet and the low-carb trend forced McDonald’s to offer premium salads.

Meanwhile, this new decade introduced the benefits of kale and quinoa, gluten-free diets and juicing—a marked departure from the fat-, sugar- and chemical-laden history of American cuisine.

The actress also provides candid opinions about beauty issues like bikini waxes and the necessity of exercise that are refreshing and amusing at times.

“As far as we know, removing pubic hair offers no medical benefit,” Diaz stresses as she enumerates its advantages, including protection from chafing during sex and its supposed ability to sustain personal scents in pheromones that make women “so sexy to our lovers.”

She even warns that permanent hair removal could cause ingrown hairs and STDs “because less hair equals more skin contact, potentially exposing you to other people’s diseases.”

And since the vajayjay, like a woman’s face and breasts, is not immune to the pull of gravity, imagine it hairless when one reaches old age, she says.

The reader can already imagine Diaz’s sunny smile when she insists, “all fads change!”

One of Diaz’s more memorable movies is the “Charlie’s Angels” remake, where fitness and constant exercise made it possible for her to perform dangerous stunts.

She credits her lean physique to constant movement, and repeatedly tells the reader that while not all bodies are created equal, all bodies are considered amazing pieces of work that deserve to be loved.

The actress also warns that while she adheres to the saying that “pain is weakness leaving your body,” a woman must also learn to distinguish pain as the discomfort felt while pushing the threshold of one’s strength, while injury is the “sharp pain sent out as a warning just before you are about to really do yourself in.”

Diaz likewise acknowledges her entry into middle age, and notes that women her age would do well to embrace the idea of aging gracefully.

She asks that women give aging the proper respect, become self-aware of what the body can do, and use exercise to keep healthy.