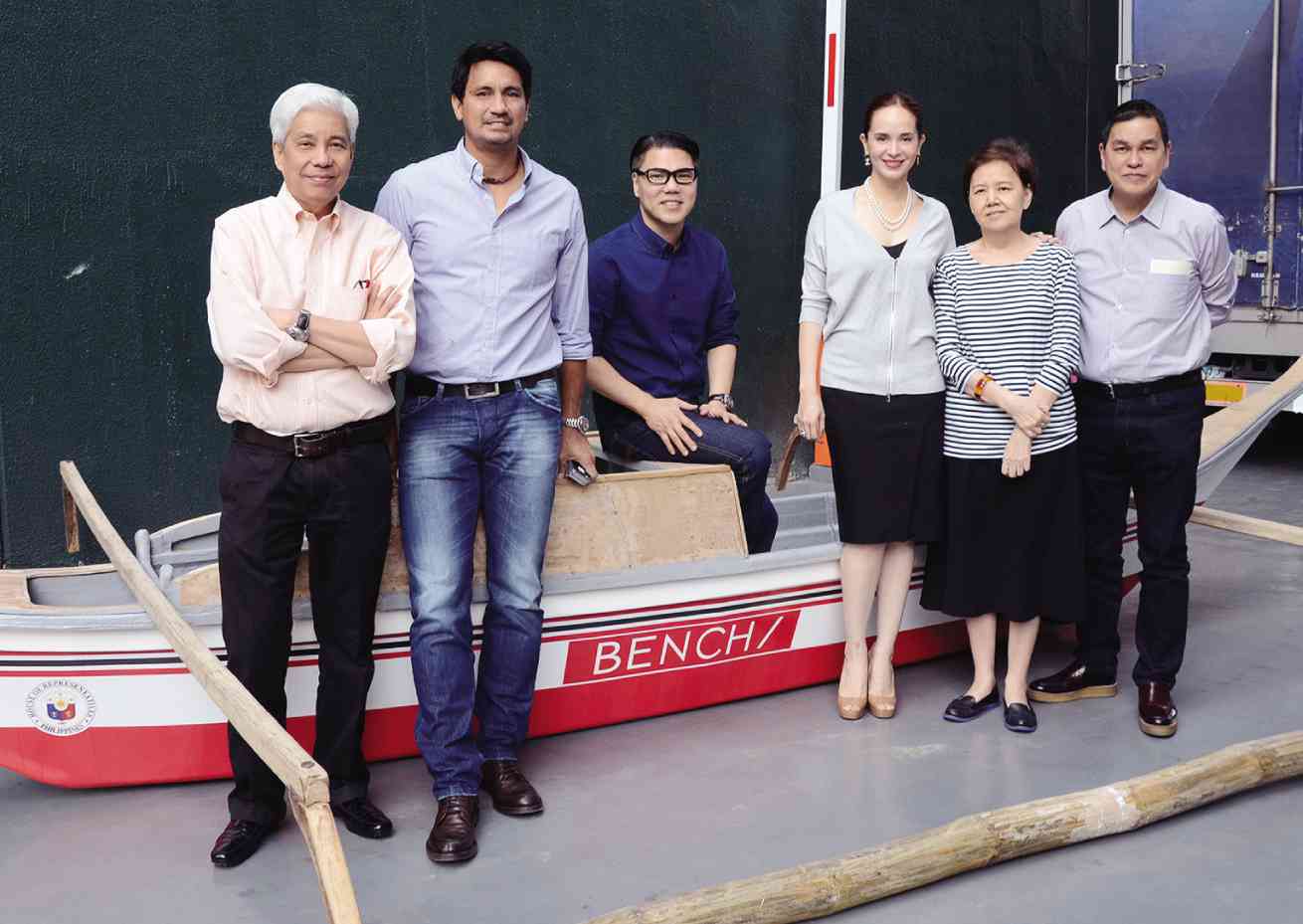 The trailblazers behind 6200: Mission Possible—Rep. Lucy Torres-Gomez (third from right) and Richard Gomez (second from left) with Ben Chan (right) and the Bench family

The 6200: Mission Possible Project was officially kickstarted last March 2 at Ayala Fairview Terraces Mall. Under the bold leadership of Rep. Lucy Torres-Gomez, fishermen of Ormoc City and the nearby municipalities of the Fourth District of Leyte will be able to restore their livelihood after the devastation that Super Typhoon “Yolanda” caused. The pillar of support behind Lucy’s project is Ben Chan and the entire Bench family.

With a pier-inspired stage layout, the performances led up to the main reveal—a banca that symbolizes the hope of the entire campaign. Simultaneous revelations of other bancas were held in Glorietta 2 and Alabang Town Center.

As a project that aims to contribute to relief efforts by providing motorized boats or bancas to fishermen, the Mission Possible project will consequently empower fishermen and their families to rebuild their lives by standing on their own two feet.

The Fourth District of Leyte is in need of 6,200 boats for the 6,200 fishermen who were affected by the typhoon. “The fishing sector has always been one of the most impoverished, and

Yolanda has cemented that fact even more,” Lucy says.

So far, the project has already provided 1,500 boats, 200 of which were generously donated by Bench. During the launch, Lucy expressed her utmost gratitude to Bench for supporting the project she mapped out for the district she represents.

The bancas will be completed with a fiberglass hull, a Honda engine, and accessories such as propeller, brass pipe, rudder, steel shaft, and cross-joint bolts, nuts, and rings.

From being a symbol of Bench’s early beginnings as a brand (throwback to the first Bench commercial with Richard Gomez rowing the iconic boat), the banca now represents the life-changing vessels that can help Yolanda victims become more self-sufficient, with a livelihood that will last them for years to come. As the proverb goes, “Give a man a fish and you feed him for a day. Teach a man to fish and you feed him for a lifetime.”