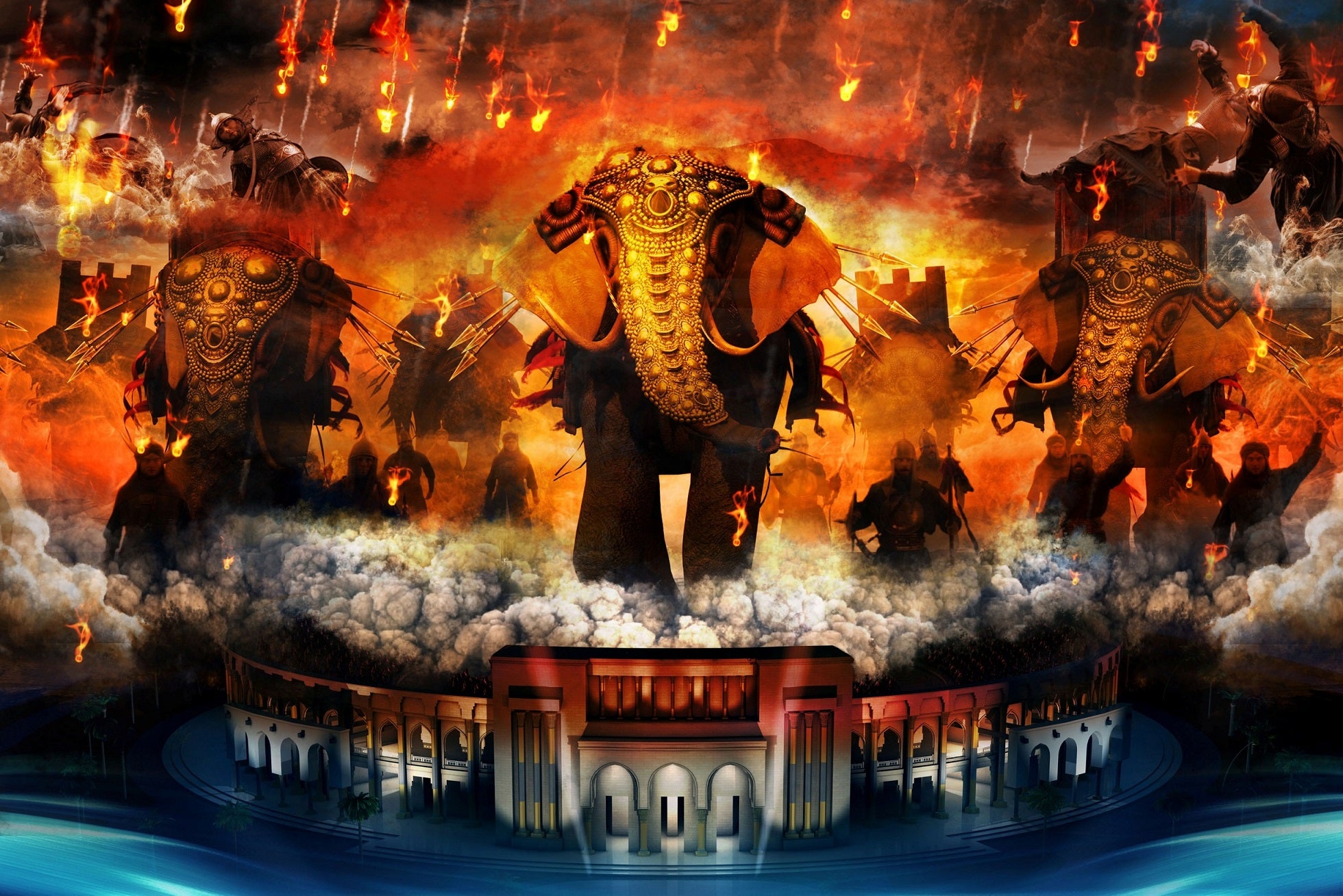 Image from The Clusters of Light

MANILA, Philippines – Some of the biggest businesses in Sharjah, United Arab Emirates (UAE) poured their support for the grand celebrations of Sharjah Islamic Culture Capital 2014 and its highlight theatrical production “The Clusters of Light.”

“Sharjah Islamic Bank’s (SIB) sponsorship of ‘Clusters Of Light’ stems from our desire to share our with our beloved Emirate the joy of celebrating its internationally acclaimed cultural reputation,” Mohammed Abdullah, Chairman of Sharjah Islamic Bank (SIB), said in a statement.

“It is also in line with our commitment to supporting art that promotes a true image of Islam and reflects the greatness of our civilization and its impact on humanity. We are confident that this epic production will be spoken of for years. It will attract hundreds of millions of viewers on TV and the Internet,” he said.

The inauguration of Sharjah as Islamic Culture Capital 2014 is set for March 25 to April 5 with the premier performance of “The Clusters of Light” set on March 26.

The venue for the premier is the $38 million (AED140 million) newly constructed Al Majaz Amphitheater that is built in the style of ancient open air Roman theaters.

Varouj Nerguizian, Executive Director and General Manager of the Bank of Sharjah “expressed the bank’s pride at Sharjah being named the Capital of Islamic Culture – a title it well deserves, thanks to the immense hard work of its ruler His Highness Sheikh Dr. Sultan Bin Mohammed Al Qasimi, who spares no effort to preserve and support culture.”

“These efforts are clearly seen in the number of books that have been translated in the last three years, enriching culture in the Arabic world and beyond,” he said.

In addition to the Platinum Sponsors are the Gold Sponsors Crescent Petroleum, AGMC, the BMW Group importer for Dubai, Sharjah and the Northern Emirates, Fast Construction, and Al Marwan General Contracting.

“Crescent Petroleum is proud and delighted to be a strategic sponsor for the ‘Clusters of Light’ oratorio. This piece of art will promote the great achievements in Islamic history, so that current and future generations will be as proud as we are,” Majid Jafar, CEO of Crescent Petroleum, said in the statement.

“We are proud too that this will be taking place here in the UAE, and in Sharjah – the custodian of so much antiquity, history and creativity. This piece of work which will be seen around the globe will, we hope, remind the world of the cultural and scientific achievements of the Islamic world, and the values of peace and love which are central to Islam,” he said.

The “Clusters of Light” theatrical epic involves more than 200 performers, including renowned musicians, actors and directors from across the world.

The cast will be led by four of the top Arab stars: Hussain Al Jasmi, Lotfi Bouchnak, Ali Al Hajjar and Mohammad Assaf.  The show will be performed for the public on March 27 and 28, and April 3 and 4.