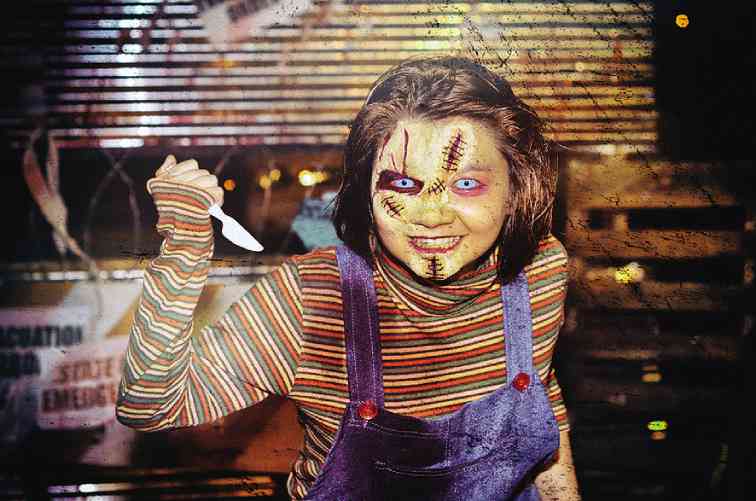 On April 15, 1805, by decree of King Charles IV, the smallpox vaccine was brought to the Philippines by Dr. Francisco Xavier de Balmis. In gratitude to the king, a statue was erected in 1824 at Plaza de Roma in Intramuros.

More than two centuries after the vaccine reached the Philippines, rumor has it that the De Balmis expedition not only had in its cargo medicine to counter the disease. It also carried something more precious—a zombie vaccine.

This vaccine is believed to have been kept all these years inside the walls of Intramuros, and Dr. Alfonso Adarna is determined to find it to finally provide a cure for the undead.

Such is the premise of Outbreak Missions, a story-based, real-life zombie adventure which will unfold in the Walled City on April 5.

Two years since Outbreak Manila, a 5-kilometer zombie-infested fun run, unleashed zombies to the running scene, it has grown to become Outbreak Missions.

Taking off from the events in Filinvest, Adarna heads to Intramuros to complete the zombie cure. Unfortunately, upon his arrival in Intramuros, he is ambushed by the brotherhood, a fanatical group with a sinister plan. Adarna is rescued by another group but goes missing on their way out. It’s now a race to find the doctor.

“Outbreak Missions has no race category,” Runtertainment managing director Angelo Cruz said. “The route is totally dependent on the choices the participants make.”

Cruz admitted he didn’t realize that a lot of people want to be chased by zombies. That’s why the event is upping the ante this year. In previous outings, participants ran in the suburbs, forest, and even in a mall; this year it will see participants run for their lives in tunnels, dungeons and excavation areas.

“It’s all about giving them a movie-like experience,” Cruz said.

He added that Outbreak Missions had the best feedback from participants who joined previous events in Nuvali, Sta. Rosa; Bonifacio Global City; and Enchanted Kingdom.

Intramuros, being the seat of government of colonial Philippines, is rich in culture and history. And despite the “zombified” version of Intramuros history, Johann Ararao of the Heritage Conservation Society’s youth arm said that an event like this helps them encourage the youth to become more active in heritage activities.

In fact, Ararao said, at least 14 historic areas are included in the routes participants will take, one of which is Fort Santiago.

“Despite the twist, it’s an avenue where we can showcase the important places and events that happened in Intramuros,” Ararao said.

In Fort Santiago, where Dr. José Rizal was detained before his execution in 1896, Ararao said that participants will encounter zombies culled from Rizal’s novels “Noli Me Tangere” and “El Filibusterismo.”

Ararao added that for the race challenges along the routes, the participants should be quick-witted and focused in order to finish in the fastest possible time.

Heritage Conservation Society vice president Liliane Manahan said that the group’s partnership with Runtertainment for Outbreak Missions is the “funkiest so far.”

“Heritage should be incorporated in your lifestyle,” Manahan said. “Once it’s incorporated, it doesn’t become a luxury or something strange. It becomes part of your memory.”

For this leg of Outbreak Missions, Cruz said it is limiting the participants to 5,000 in order to not  spoil the experience.

To control foot traffic, participants will be divided into nine waves, with the first wave starting at 8 p.m. and succeeding waves to be released every half hour.

“The concept itself screams that you should do this with your barkada,” Cruz said. “But it’s also fun to go solo as you can meet new friends.”

A portion of the proceeds of Outbreak Missions: Operation Stronghold will go to the Heritage Conservation Society. Registration is ongoing until April 4, or until slots run out, at Toby’s Sports MOA, Glorietta and SM Manila; Runnr Alabang Town Center and Bonifacio Global City, and Brooks SM North Edsa. Visit Outbreak Manila on Facebook.