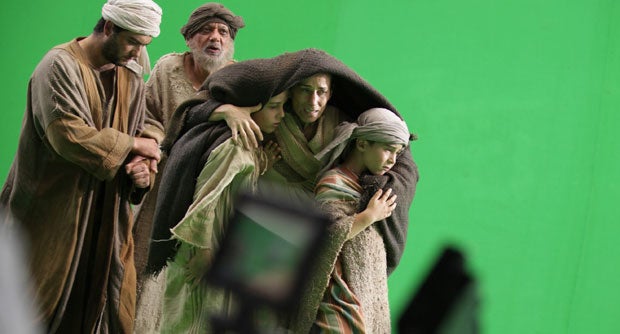 "Clusters of Light' will feature never before seen special effects on its premiere at Al Majaz Amphitheater.

Never before seen special effects to cap inauguration of Sharjah

MANILA, Philippines – Unprecedented and never before seen special effects will be unveiled during the premier performance of “The Clusters of Light” on the inauguration of Sharjah, United Arab Emirates (UAE) as Islamic Culture Capital 2014.

“We were able to bring the poem to life through superior creativity and the deployment of the latest technology,” Wassim Rizk, Managing Partner for Multiple and Spinifex Group which developed the staging of the show, said in a statement.

“Our aim has always been to do something original; as original as the poem itself. That originality manifests itself in a spectacle that will change the way people view theater production in this part of the world,” he said.

With over 200 actors and 750 crew, the production will premier on the newly constructed Al Majaz Amphitheater that cost $38 million (AED140 million) to build.

“Projection onto a moving object is very new. Remote-control robotics are another new technology,” Wassim said.

“The show will have a number of surprises and I don’t want to spoil them all for the audience. Suffice it to say ‘Clusters Of Light’ will deliver not only great creative content, but unbelievable technology – some of it used for the first time in this part of the world,” he said.

A stellar cast of famous Arab artists, singers, and performers are part of the production which will be shown from March 26, the premier, to April 5.

“We knew we needed the best talent available within our offices and network from around the world. So, behind the scenes as well as on stage, this work involves the best in their fields from a number of regions be it the Middle East, Australia, Europe, America,” Wassim said.

“Our people have been involved in some of the most challenging creative and technical projects in the world, Olympic ceremonies,  operas, music for movies. So we selected a core group of people who are tried and tested and who could deliver the work to as high a standard as possible,” he said.

Wassim said that after the premier shows in Sharjah, it’s up to the emirate to decide on whether it would be shown on other places in the world.

“The work delivers a world message which the world is entitled to hear. A message that humanity needs today more than any other time. A message about Islam the religion that is encompassing, tolerant, peaceful, and human,” Wassim said.

“The way we see it, ‘Clusters Of Light’ can tour throughout our region and beyond. I think the West in particular would be interested to see a production of this scale that has been developed in our region,” he said.