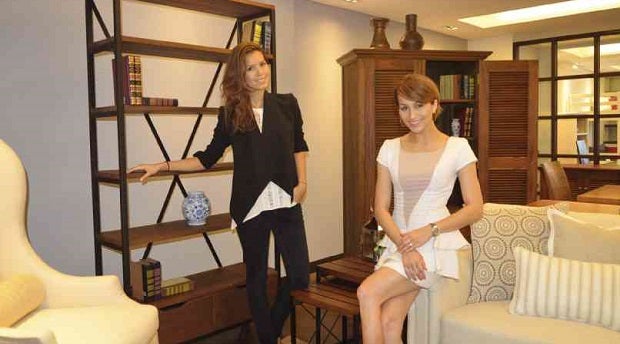 As luxury furniture maker Philux explores new looks and designs, it also joins other trailblazing interior artisans that have found a home at LRI Design Plaza in Makati City.

Stephanie Kienle-Gonzalez, Philux sales and marketing manager, said the move to open a shop in LRI was part of Philux’s long-term vision after creating a strong presence in upscale malls.

“We wanted to join a long time ago but malls are more foot-traffic-oriented,” she explained.

The entry of Philux and several other shops in LRI gave the design center more reasons to celebrate its 10th anniversary, president Tony C. Lo said.

LRI gave Philux the red carpet treatment by giving the company one of its biggest spaces—an area of more than 235 square meters that used to be part of the old Alliance Francaise.

Lo noted that Philux’s inclusion in the LRI design cluster bolsters its strategy to develop a one-stop shop where everyone, from individual end-users to real estate companies, could come and fulfill their vision of an ideal habitat.

“Philux has now become word of mouth when it comes to bespoke and enduring classic pieces,” he said.

Gonzalez observed that a range of people from interior designers to architects and developers “creating whole concepts for buildings” come to LRI to “do research… while getting a feel of the place.”

“The design plaza has gained popularity and we (Philux) should really be trying to set a space here. Philux is now 30 years old,” she added.

Gonzalez and sister Jessica, who finished interior design in Paris, agreed it was time to “change the look” of Philux after it created a niche in traditional country furniture for decades.

“We plan to come up with a new collection annually and not stick to a specific look every year. We want to be known for a wide range of products although we will retain the traditional look that is classic Philux,” Gonzalez said.

A quick look at the newly-opened showroom in LRI would show that Philux is focusing on Parisian modular style.

To remain contemporary, Philux also wants to come out with new pieces influenced by the California lifestyle that is big on plush, upholstered sofas.

“We now have black metal on tables which Philux has not used before,” Gonzalez said. “Our new pieces combine these. We still want to maintain our specialty which is manufacturing but we want to get more up-to-date designs. We want to start getting known for upholstery like living sets that are really plush that you want to sit in.”

LRI, she added, was a logical choice for expansion because both makers and market belong to a “young community.”

“It’s a zone.  Everything is in one place… There are more younger people involved which is nice. We feel the younger generation is more interested in products of good design and quality, and that are Filipino-made.”

Gonzalez also noted that the aspiring artists and interior designers whose wares were housed in LRI were more involved in furniture and home.

“Those who come here are also very aware of more discerning tastes. They are more aware of form and function. Condominium dwellers, for example, go for space-saving techniques like the chest that turns into a coffee table which we offer here,” she added.

“There was a slowdown in the furniture business due to lower demand and the lack of exports stretched from 2003 to 2005,” he said.

It was also the time when cheaply made furniture from China and Indonesia began to flood the local market.

Lo remembered a time when N. Garcia Street in Bel-Air, Makati, had only his shop and that of Budji Layug across the street.

“We started in 2003 by converting the office spaces into showrooms.  I contacted exporters as initial locators,” he recalled.

“By 2006, we really felt the exports slacken,” Lo added. “But it was a good thing that there was local growth that coincided with the construction of condominiums. The export-quality furniture market peaked from 2006 to 2007 and we rode that trend when condos, hotels and resorts proliferated.”

To date, inexpensive and low-quality imported furniture continues to invade the Philippines.

But Filipino designers are fighting back by coming up with more innovative designs.

“When you come to LRI, you will be inspired. Most shops put furniture of their own creation, walang kopyahan,” Lo said.

Still, he noted that around 30 percent of the shops in the center sell imported goods.

“The end-users keep coming and the expats prefer designs that are proudly Filipino,” she explained. Philux has a furniture factory in south Metro Manila.

Gonzalez said that Philippine-made furniture commanded a higher price because “our labor is not as cheap as China. But it helps in job creation and innovation, and we still want to fuel the industry where the craft is there and everything is beautifully made.”