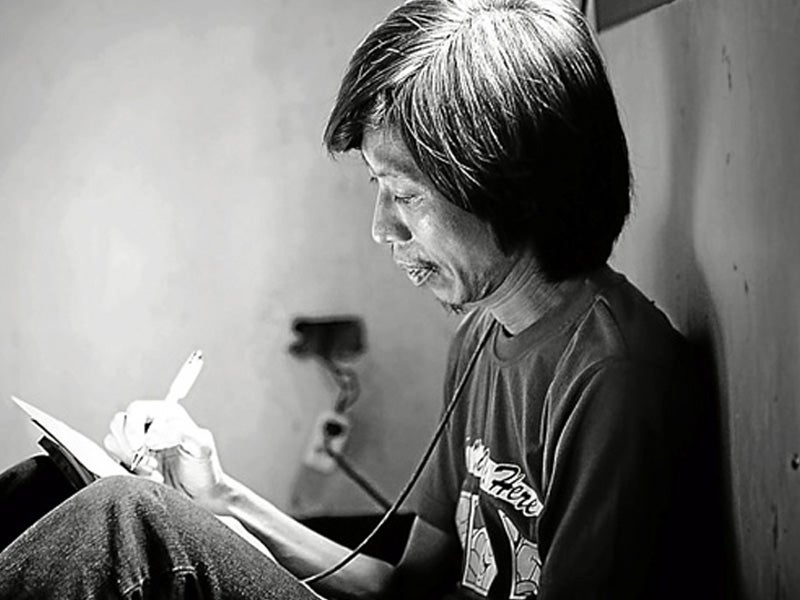 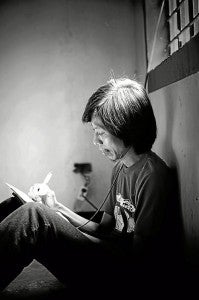 He didn’t know that his father acted in several theater productions at the University of the Philippines (UP), including UP Repertory Company’s “Sa Sariling Bayan,” directed by Soxy Topacio; Dulaang UP’s “Green Bird,” directed by the late Ogie Juliano; and “Monumento,” which Ericson wrote and directed. He also played the lead role of Andres Bonifacio in a multimedia production by UP Alay Sining.

Ericson had a love affair with theater. He took a crash course in theater arts with Peta even as an elementary-school kid. In high school at the University of Santo Tomas, he was active in campus theater.

After his term as editor of the UP Collegian, where he was also editor of its Literary Folio, Ericson Acosta had stints as segment writer for ABS-CBN’s “Wanted TV Patrol” and as assistant entertainment-section editor of Manila Times.

Last Feb. 13, members of the AFP’s 34th Infantry Battalion led by 2nd Lt. Jacob Madarang arrested Ericson while he was researching on human rights in Samar. He was unarmed and in the company of a local barangay official when he was arrested without a warrant.

He was held for three days at the Calbayog sub-provincial jail without charges and was subjected to continuous tactical interrogation by the military. After three days, he was finally charged with illegal possession of explosives.

It took me close to two months before I could find the courage to break the news to my grandson.

In the press con, people gave testimonials. Pilar Ocampo, Ericson’s teacher in UST, said he was an active campus leader who was well-mannered and didn’t deserve to be in jail. 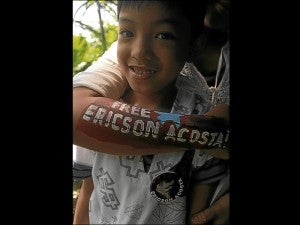 A video was played, showing Ericson playing the acoustic guitar inside Calbayog jail.

“Ericson deserves to be released, for his continuing incarceration is a grievous loss to the growth of a truly democratic art and culture of the Filipino people,” said Lumbera.

Lumbera said he had known Acosta since his activist days in UP. He wrote a favorable review of “Monumento,” written and directed by Ericson.

“This new administration is challenged to be different from its predecessors,” said Josef. “Free those whose only ‘crime’ is genuinely serving the least served, and jail without delay those who have greedily taken away food from the table of the poor.”

“I know Ericson personally as a cultural worker,” added Josef. “I am humbled by his sacrifices and his commitment to the poor.” 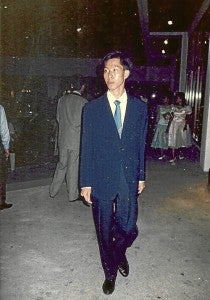 In his counter-affidavit filed last April 11 and signed by his counsel Julian F. Oliva Jr., Ericson maintained he was arrested without a warrant and was not doing anything illegal during the arrest.

Added Ericson in his counter-affidavit: “During tactical interrogation, I was physically and psychologically tortured; I was deprived of sleep, threatened, intimidated, coerced and forced to admit membership in the NPA; the evidence against me—the so-called grenade—was planted. The complaint against me was only filed in court 72 hours and 30 minutes after my arrest.”

My grandson finally visited his father at Calbayog sub-provincial jail May 1-3. He didn’t look disturbed. I left the two alone.

Violinist Gina Medina and pianist Mary Anne Espina will perform in a special fundraising concert for the legal fund of Ericson Acosta on May 28, 6 p.m., at Balay Kalinaw, UP Campus, Diliman, Quezon City.