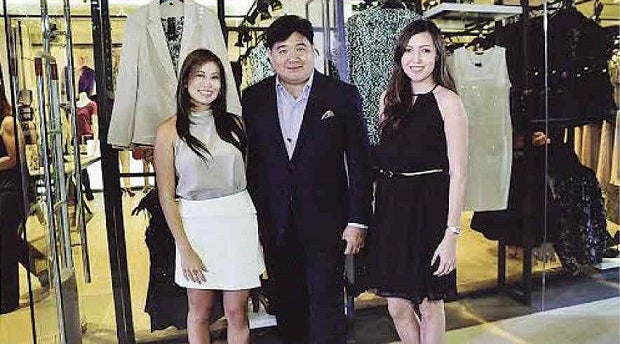 Dr. Suga Sotto Yuvienco celebrated her 95th birthday with a dinner musicale at the Manila Room of the Marco Polo Plaza Hotel. It was ably organized by her only daughter, Minnie Yuvienco.

Suga’s sons came from the US to wish their beloved mom well on so important a milestone. Ging Boy Yuvienco came from New York with wife Julie; Eugene Yuvienco from Tampa, Florida; Dr. Christopher Yuvienco with fiancée Tami from Cape Coral, also in Florida. Unable to come was José Mari Yuvienco, also based in the US.

Well-wishers were mostly family and close friends. Dr. Suga’s nephews, the Sotto brothers, came from Manila—Vic, Maru and Tito—who sang for their dear Tita Bebe as they held her hand.

Being an eminent figure in the medical profession, Dr. Suga’s party was well-attended by many physicians. A large group came from the Zonta Club of Cebu I led by president Lucille Colina. Dr. Suga was its charter president in 1968.

Minnie Yuvienco was congratulated for a beautiful party, from the décor to the menu, and on to the multi-tiered birthday cake baked by Marissa Rodriguez Unchuan.

Best of all, Minnie had contacted the Cebu Philharmonic Orchestra for a 20-strong string ensemble led by concert master Mark Hamlet Mercado. They played for over two hours a delightful repertoire of familiar tunes arranged in the classic style; some of us hummed along.

It may be early in the year, but the Zonta Club of Cebu II has already chosen its officers for the next two years. Marieta Padilla Malinao is president, having been chosen president-elect two years ago. The organization has multifarious civic and charity projects.

Immediate past president is Myrna Cruz Tan, during whose tenure Cebu Zonta II was the most awarded club at the District 17 conference held in Hong Kong last year. They brought home four major awards.

That is quite an achievement since the district is composed of 68 Zonta Clubs in the Philippines, Hong Kong, Singapore, Thailand and Malaysia.

The induction of the above-mentioned officers and directors will be in June. After that, a good number of them plan to take off for Florida to attend the Zonta International convention there.

F & F, one of Great Britain’s hottest fashion brands, has come to Cebu with a plush store at the Ayala Center Expansion. There was a well-attended cocktail party to mark its opening, and it turned out to be a veritable shopping spree.

Jaja Chiongbian Rama and Vanessa Deen of Big Seed handled the F&F opening event with their usual efficiency and aplomb.

Amigos de España en Cebu had a luncheon meeting at Salon Barcelona of Casino Español. There was a film showing on Vitoria, capital of the Basque region. It is well-known for its extensive green spaces, frequent rainfall, and one of the best gastronomies in Spain.

In attendance were president Amparito Lhuillier, vice president Susan Sala, secretary Myra Gonzalez and treasurer Julina Muertegui. Two special guests were introduced and asked to say something about themselves and how they have come to reside in Cebu.

Della Hennessy, who has lived in Marbella, said she has come to stay with son Mike Hennessy and his wife Rose. Marta Saudi said her husband has opened a glove factory at the Mactan export zone.

It was announced that “la siguiente reunion” will be some time in May. On the agenda is the presentation by Georgina Padilla Zobel de Mac-Crohon of the Philippine novel in Spanish, “La Oveja de Nathan,” by the late Cebuano author Antonio Abad, who was born in Barili.

The book has been published in a dual Spanish-English edition. It obtained the Zobel prize in 1929 for excellent literature written in the Spanish language by Filipino authors.

Out of print for over 60 years, “La Oveja de Nathan” or “Nathan’s Sheep” can now be appreciated for the great literary work that it is.