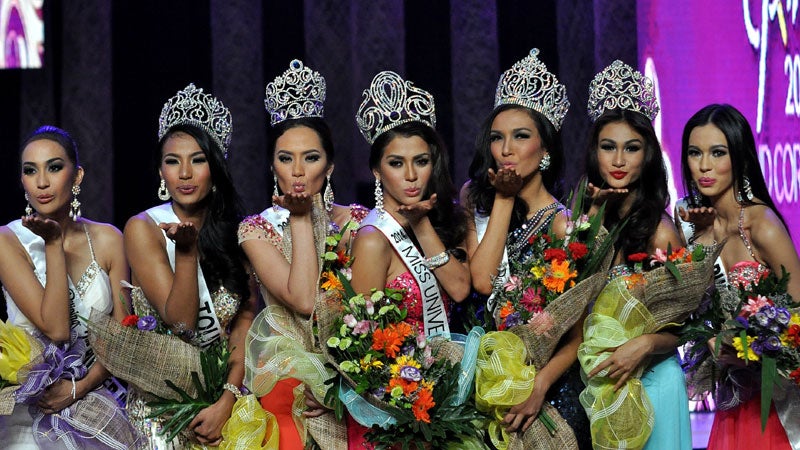 An emotional Lastimosa, who also won the Best in Swimsuit award, received her crown from reigning Miss Universe Gabriela Isler of Venezuela.

On the other hand, Kris Janson of Cebu was awarded with the Bb. Pilipinas Intercontinental crown. She was also the pageant’s Best in National Costume and Miss Photogenic.

Other candidates who received a special award were Gabrielle Erika Tilokani for Miss Talent and Racquel Kabigting for Miss Friendship.

It was the third time that the 26-year old Lastimosa joined the pageant, winning second runner-up in 2011 and landing in the Top 12 in 2012.

“Binibining Pilipinas’ Maricar Balagtas is her inspiration for joining the pageant again, because she joined three times before winning. Whenever she feels down, she looks up at her and thinks that if she was able to do it and so can she,” read Lastimosa’s profile at the Bb. Pilipinas website.

Balagtas won the Bb. Pilipinas Universe title in 2004, the third time she joined the contest.

Because of her long experience in the pageant circuit, Lastimosa has developed close friendships with other beauty queens. Last December, she was included in the wedding entourage of her best friend Shamcey Supsup, who finished third runner-up in the 2011 Miss Universe pageant in Brazil.

Lastimosa will compete at the 63rd Miss Universe pageant later this year. 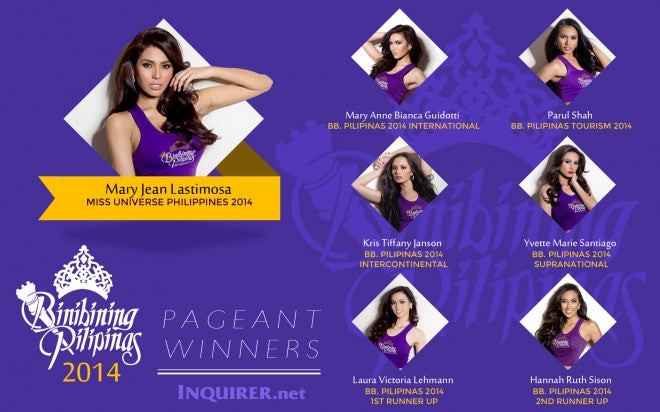