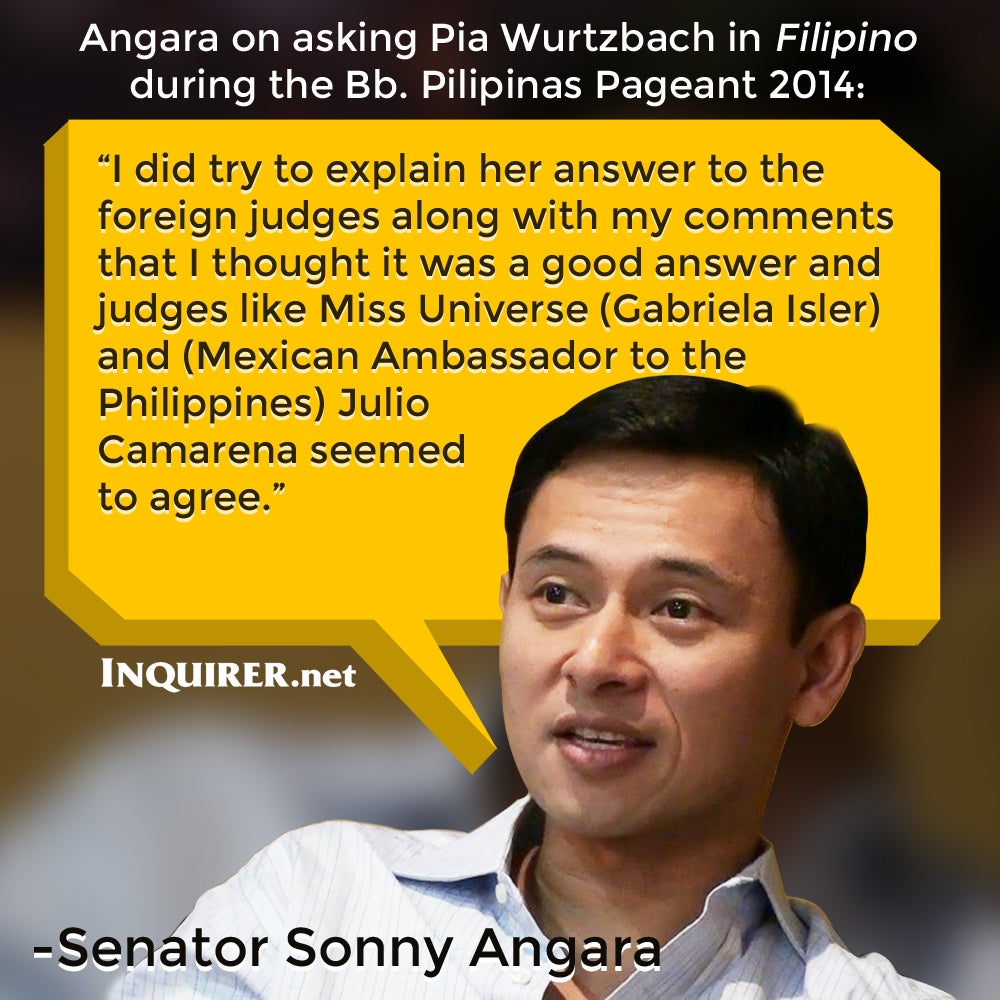 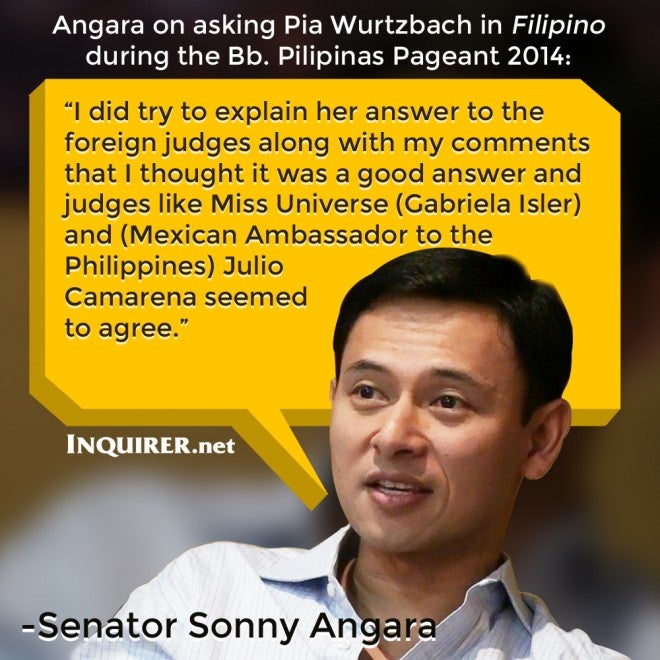 MANILA, Philippines – “I thought it was a good answer,” Senator Juan Edgardo “Sonny” Angara said Monday of Pia Wurtzbach’s response to his question at the Bb. Pilipinas pageant.

Reacting to disgruntled fans who blamed him for the former actress’ loss on Sunday night, Angara said, “I respect their opinion and can understand where they are coming from.”

Many believed Angara’s decision to ask in Filipino threw off the Filipino-German Wurtzbach, who hails from Cagayan de Oro and lived in England.

“Ano yung pinakamagandang leksyon na maituturo ng isang babae sa buong mundo (What is the most important lesson that a woman can impart to the world)?” Angara, who was among the competition judges, asked.

(The lesson that a woman may impart to the world is having trust in herself. What you call intuition. If you have intuition you will be able to find your place in the world. Even if you are not sure with what you feel or think, if you are intuitive, then you will become successful in whatever you do in your life.)

Before giving his question, Angara even asked Wurtzbach, “Okay lang ba Tagalog (Can I ask it in Tagalog)?”

The 24-year old did not win any crown during the Bb. Pilipinas pageant but bagged special awards from the contest sponsors. She received the She’s So Jag Award and was hailed Miss Philippines Airlines.

The senator said he explained the contestant’s answer to the foreign judges.

“I did try to explain her answer to the foreign judges along with my comments that I thought it was a good answer and judges like Miss Universe (Gabriela Isler) and (Mexican Ambassador to the Philippines Julio) Camarena seemed to agree,” he told INQUIRER.net.

Aside from Isler and Camarena, the other foreign members of the judging panel were Sofitel Philippine Plaza general manager Adam Laker and United States’ consul officer William Cristopher.

Angara believed Wurtzbach deserved to win since she was “very smart and beautiful.”

“But it was a strong field as the judges commented. We even had to vote several times,” he revealed.