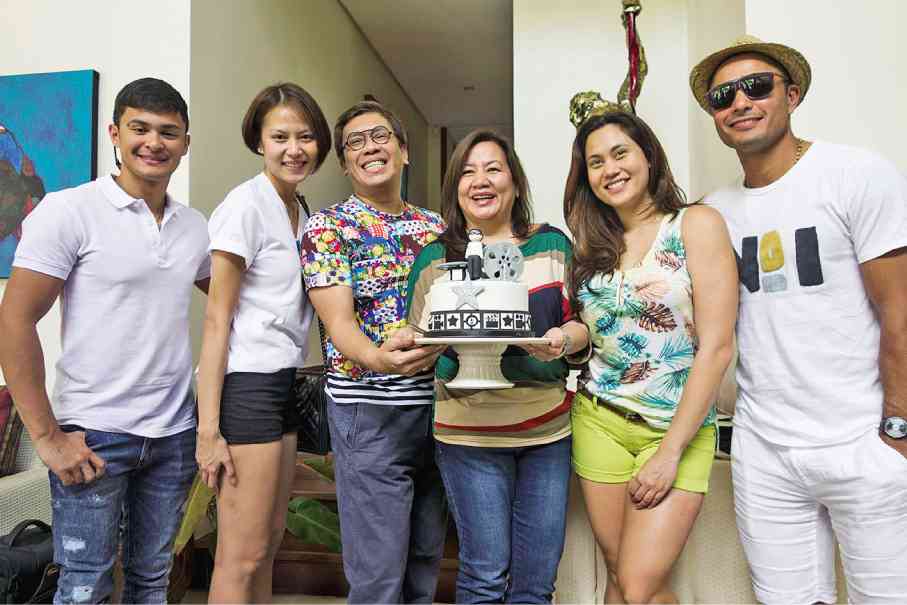 The celebrities joined “Run & Save a Life 3,” a charity run organized by St. Scholastica’s Bacolod Alumnae Foundation Inc. (SSBAFI) in cooperation with the provincial government of Negros Occidental.

This was the second time for both Derek and Matteo to participate in the charity run, explained Vicki. The idea was courtesy of my Ilonggo pal Jojie Dingcong who has made it his mission to help the alumnae group every year, natch.

A superb Ilonggo-style welcome dinner for the Belo celebrity endorsers was hosted by SSBAFI member Jean Velez-Trebol at her très modern Asian home. Naturellement, Nena Velez, Jean and Christine’s 89-year-old mother, was there in full support. The dinner celebrated my palangga Jojie’s birthday as well!

Bright and early the next day, more than 1,000 race participants assembled in front of Bacolod’s famous landmark, the Provincial Capitol Building, overlooking its scenic lagoon.

The crowd applauded loudly upon seeing their “Belofied” matinee and TV idols take part in the event’s activities, from warm-up exercises to the awards ceremony.

Food entrepreneur Chole Cuenca-Chua of Bacolod’s famous Quan chain of restaurants hosted a farewell lunch for the sleep-challenged yet fresh-faced Belo stars. The fabulous spread was prepared by New York-schooled chef Mia Lizares-Gonzaga. Guests were also treated to a viewing of Chole and her husband William’s wonderful collection of artworks by celebrated Negrense artists like Raymond Legaspi, who incidentally was one of Chole’s guests.

SSBAFI officers expressed their gratitude to Doc Vicki and her celebrity endorsers for their generous contribution to their cause.

And by the way, palangga, did you know that Vicki’s dad is Ilonggo? Truly, darlings, the Ilonggo bloodline is thriving everywhere!

Although Filipinos love cooking shows, they never actually get to taste the food they see on those shows. That’s why Colours and Cignal TV decided to bring in a famous TV chef to cook meals that Filipinos could taste.

For one night, Geoffrey Zakarian, multi-awarded restaurateur, author and winner of Season 4 of “The Next Iron Chef,” presided over Feast of Colours, a gala dinner at Sofitel Philippine Plaza for the benefit of the Philippine Disaster Recovery Foundation (PDRF), “the country’s first permanent private-sector vehicle for disaster management,” explained Mike Toledo of Philex Mining.

Theme was East meets West. Each of the five courses was preceded by a video cooking demo by Lambs Club executive chef Eric Haugen and a live demo by Zakarian himself. Afterwards, guests got to partake of generous portions of the gastronomic heaven that was prepared.

Zakarian prepared his versions of Filipino dishes such as adobo. Part of his treatment involved adding ingredients not readily available in the Philippines. Zakarian jetted in many of the exotic ingredients that made his five-course menu more special. The warm crab cakes, for example, were made from a North American variety.

The results were mixed, I must say. The adobo was not that good and the warm crab cakes weren’t “warm,” really. Ours were cold. But the experience was altogether interesting.

Season 4 of “The Next Iron Chef” was called “Superchefs” since it was the toughest field ever on the show and here Zakarian emerged victorious, “a culinary God cooking among mere mortals.”

Making the night complete was the live music courtesy of no less than the Philippine Philharmonic Orchestra. Broadway and West End veterans and theater couple Robert Seña and Isay Alvarez ended the night on a high note by singing a selection of musical-theater hits. 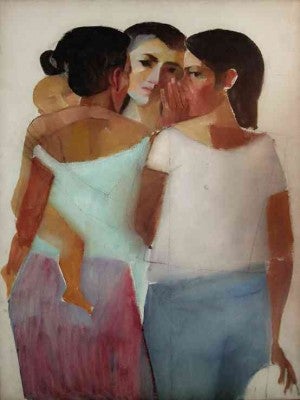 The night was hosted and organized by the dedicated Kaye Tiñga. Supporting the event was PLDT, natch!

Watch out for new programs on Colours channel, dahlings.

The Manansala Foundation is mounting an exhibition at Salcedo Private View in Salcedo Park, Makati, until April 4.

“It will chart the work of the foundation in upholding and honoring the legacy of the National Artist from its establishment after Manansala’s demise in 1981, to the exhibitions and fundraising activities that the group has been organizing over the past 33 years,” Pineda said.