The tableware to marvel at–and use | Lifestyle.INQ ❮ ❯ 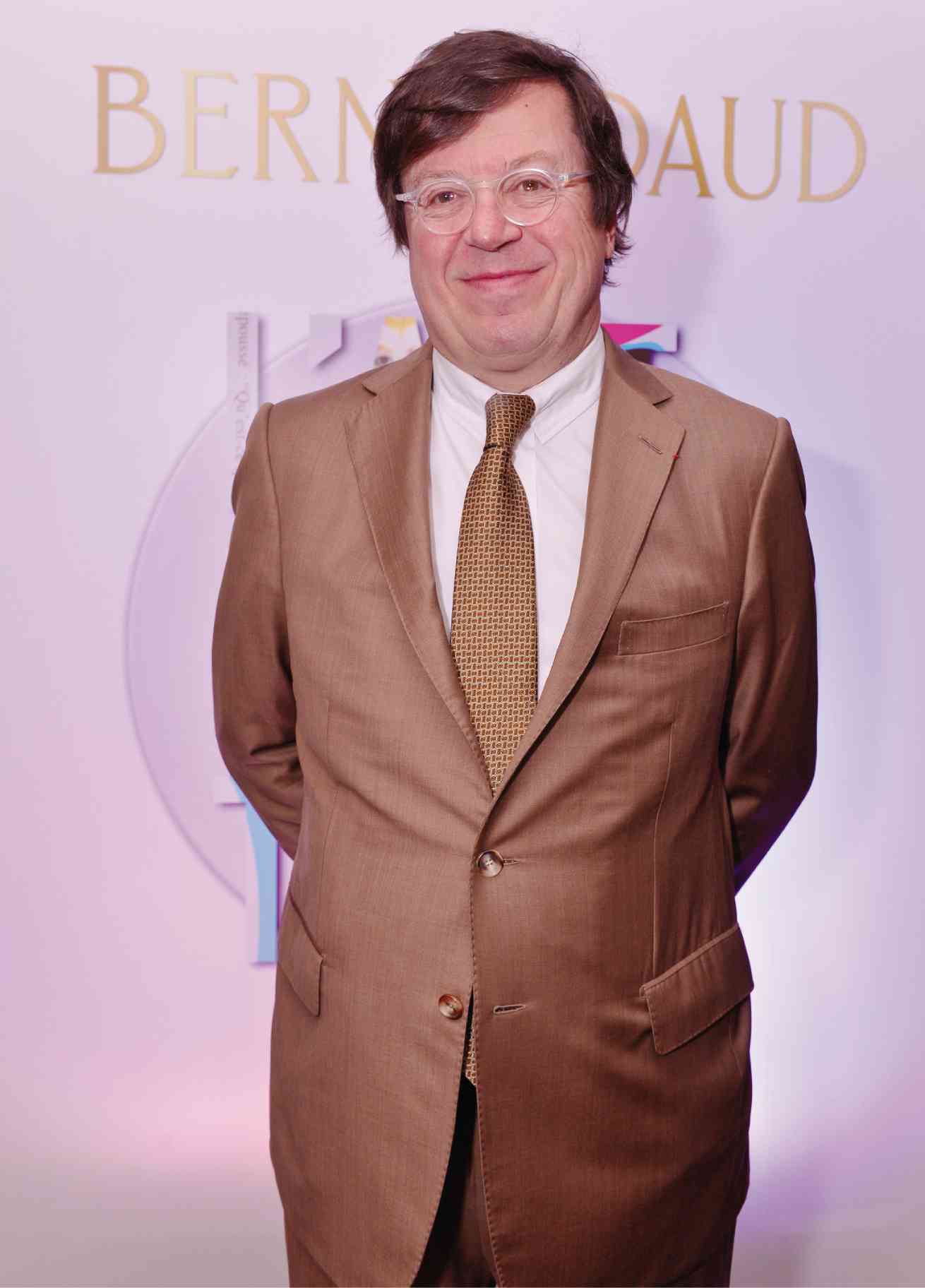 The tableware to marvel at–and use

“The best way to take care of your Bernardaud porcelain is to use and enjoy it as much as you can,” said Michel Bernardaud, chair and president of the 151-year-old famous French luxury brand.

Bernardaud porcelain, long acclaimed for its fine workmanship and elegance, is found in premier hotels and restaurants all over the world, and in the homes of the rich and famous.

“Don’t treat it as something that’s sacred,” added Michel, the fifth-generation head of the Limoges-based company. “It’s something that must be used often because it’s durable. It can go into the dishwasher or oven. It’s not a problem.”

Michel was recently in Manila to reintroduce the brand through its partnership with Rustan’s. He said that the Philippines is a fast-growing market for Bernardaud porcelain collections; The Peninsula Manila and Solaire Resort, for instance, use this dinnerware.

He also presented the brand’s latest collection of l’art de la table (tableware), which incorporates classic and contemporary art. The colorful line is quite a deviation from Bernardaud’s

One of the brand’s most anticipated designs reproduces select drawings by Russian-French modernist Marc Chagall. The series of drawings on Bernardaud porcelain was collected from the artist’s lesser-known works, making each piece as valuable as it is beautiful and practical.

Each modern plate, designed by young artists from Europe, the United States, Lebanon, Turkey and Taiwan, among others, makes for an interesting conversation piece. One famous Iranian designer, who’s also a filmmaker and writer, made a series of plates with a woman’s face at the center. The artist wanted to tell a story of her half-sisters with different moles on their faces.

“It’s like fashion,” said Michel. “We always try to be current yet we don’t forget that people like traditional designs. We try to keep a balance…”

Bernardaud was founded in 1863. The Bernardaud Group owns two production facilities in Limoges, France; six retail boutiques including those in Bordeaux, Lille, Limoges and Lyons; two more in Paris, and two in the US.

About 70 percent of its total production is sold outside France, its biggest markets being the US, China, Japan and Hong Kong.

“We are still a family-owned business and I’m very proud of it because the values set by my predecessors have been maintained over the generation,” said Michel. “We keep a sharp eye

on what’s going to bear our name. We also work closely with designers and artists and even chefs.”

About five to 10 people work on every white porcelain plate, and about 10 to 50 people on colored plates. Everything is processed and fashioned by hand. “From molding to firing to glazing to decorating to finishing with gold or platinum—all by hand,” said Michel.

In total, the plate goes to 40 different hands, and it takes about three weeks to finish a plate.

At the end of the day, Michel has the final say on which design goes to each plate. Sometimes, it takes him only a day to decide. At times, the decision takes as long as eight months, depending how intricate and distinctive the look should be.

“Sometimes, it’s a love at first sight,” Michel said. “Sometimes, we need to take a long look to check how the design would look on porcelain. We also use a lot of gold and platinum. Our consumption of gold is high, about 200 tons every year.”

Aside from tableware, Bernardaud has expanded into producing decorative objects like furniture and light fixtures, and jewelry.

“Our aim is not only to supply the dining room but also to cover the entire house,” said Michel. “We also want people to wear our creations. Porcelain is very sensual. It’s nice to the touch and it doesn’t break.”

Bernardaud is exclusively available at Rustan’s Makati and Shangri-La Plaza.