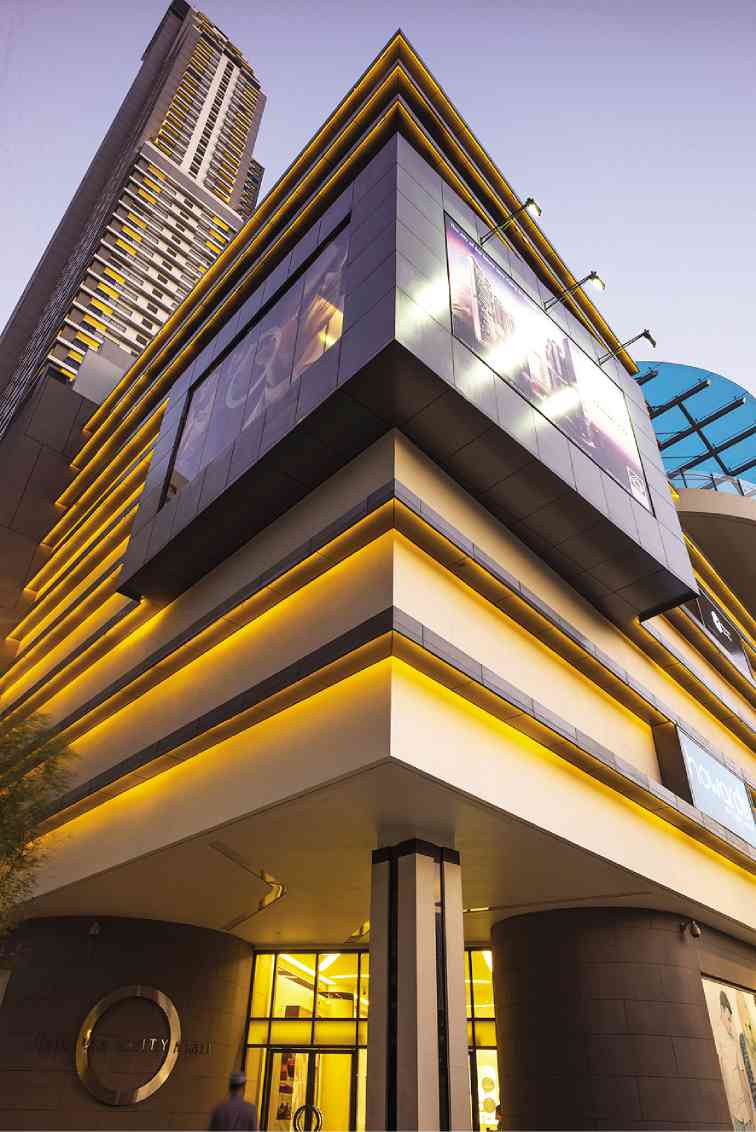 INSTEAD of building another shoebox-like structure, developers behind Century City Mall resorted to creative uses of limited land to produce another lifestyle and architectural gem in Makati City.

New mall can even arrange your wedding proposal

The P1.4-billion, five-level Century City Mall is the company’s first foray into mall development, a key addition to the 3.4-hectare Century City development on Kalayaan Avenue in Makati City (where International School used to be).

Touting a “boutique mall experience,” Century City Mall has four state-of-the-art cinemas (one has 60 fully automated and roomy La-Z-Boy leather seats) and an outdoor activity center on the fourth level, with al fresco dining and an interactive and multimedia dancing “water spectacle” created by the team behind the Sands Macao Hotel and The Landmark in Hong Kong.

“This special water show is another reason for kids and families to visit the mall,” said Graham Coates, the British GM of Century City Mall. “It’s our first mall, and we want to make a statement.”

“Architecturally, it is on a different and higher level,” said Coates, pointing out the development’s extensive use of steel and glass in the form of escalators, overhangs and skylights. “We really handpicked the tenants because we couldn’t fit all of them in.”

Coates and his team chose a “category killer” for each category—for instance, there are no two Chinese or Japanese restaurants. “We were very fortunate that a range of tenants responded to what we had to offer. We’re already 99-percent leased out. But we had to turn away a number of interested tenants.”

With a floor area of 50,000 square meters and a total leasable space of 17,000 sq m, the mall has homegrown and foreign retail establishments such as Rustan’s Supermarket, Desigual, Watsons, Crabtree & Evelyn, 158 Designers’ Blvd., True Value, Cotton On, Healthy Options, Shiseido, The Face Shop, Apple, Sony, Nike and Samsonite, among others.

It’s also the newest address of home stores such as Dimensione and Blue Carreon Home.

Uniqlo will soon open, as well as California Pizza Kitchen with a new “island” concept.

External escalators make it easier for guests to access dining and entertainment establishments on the fourth level even after shopping hours. An air-conditioned events center on the fifth level is also available.

To open are 12 Monkeys (a venue for live bands), Kalesa group of restaurants, and a Michelin-star dining place.

More than the usual number of internal and external escalators and skylights were factored into the design to create not only a boutique mall experience, but also to facilitate greater tenant visibility.

“You can immediately see and feel the beauty of this mall when you come in,” Coates added. “For one, you will be able to locate almost everything immediately.”

Coates and his team didn’t have to reinvent the wheel to make a statement.

“The lifeblood of a mall is all about tenant mix, architecture and customer service,” he said. “If we get all three right, then I don’t see any reason we won’t do well.”

Customer service is best exemplified in Century City Mall’s concierge staff led by La Salle-educated Jordan Ongtangco, an experienced concierge who once worked in a five-star hotel in Singapore.

He and his five-person team go beyond giving directions to shoppers. They accompany shoppers, especially first-timers, to a specific store, shop for them and keep items for them until they’re ready to leave the mall.

“It’s all about making the shopping experience pleasant and convenient for customers,” said Ongtangco, who’s also on top of concierge service at Gramercy and Knightsbridge. “It’s also about saving a busy individual’s time.”

For instance, Ongtanco and his team can even reserve specific items for customers.

“All they have to do is pay for and pick up the items later,” he said. “Some leave their money with us with instructions to shop.”

One of the most unusual but endearing requests they’ve gotten so far was from a busy guy who asked them to help him arrange for a wedding proposal.

After the guy chose XO46 as venue, Ongtangco and his team went to work, arranging everything—from the flowers and music, to the reservations.

“If you’re a resident of one of Century Properties’ condominiums, we can even arrange to buy your groceries,” he said.

Indeed, in keeping with its name, Century City Mall seems set to redefine the mall experience for mall-loving Filipinos in the 21st century.