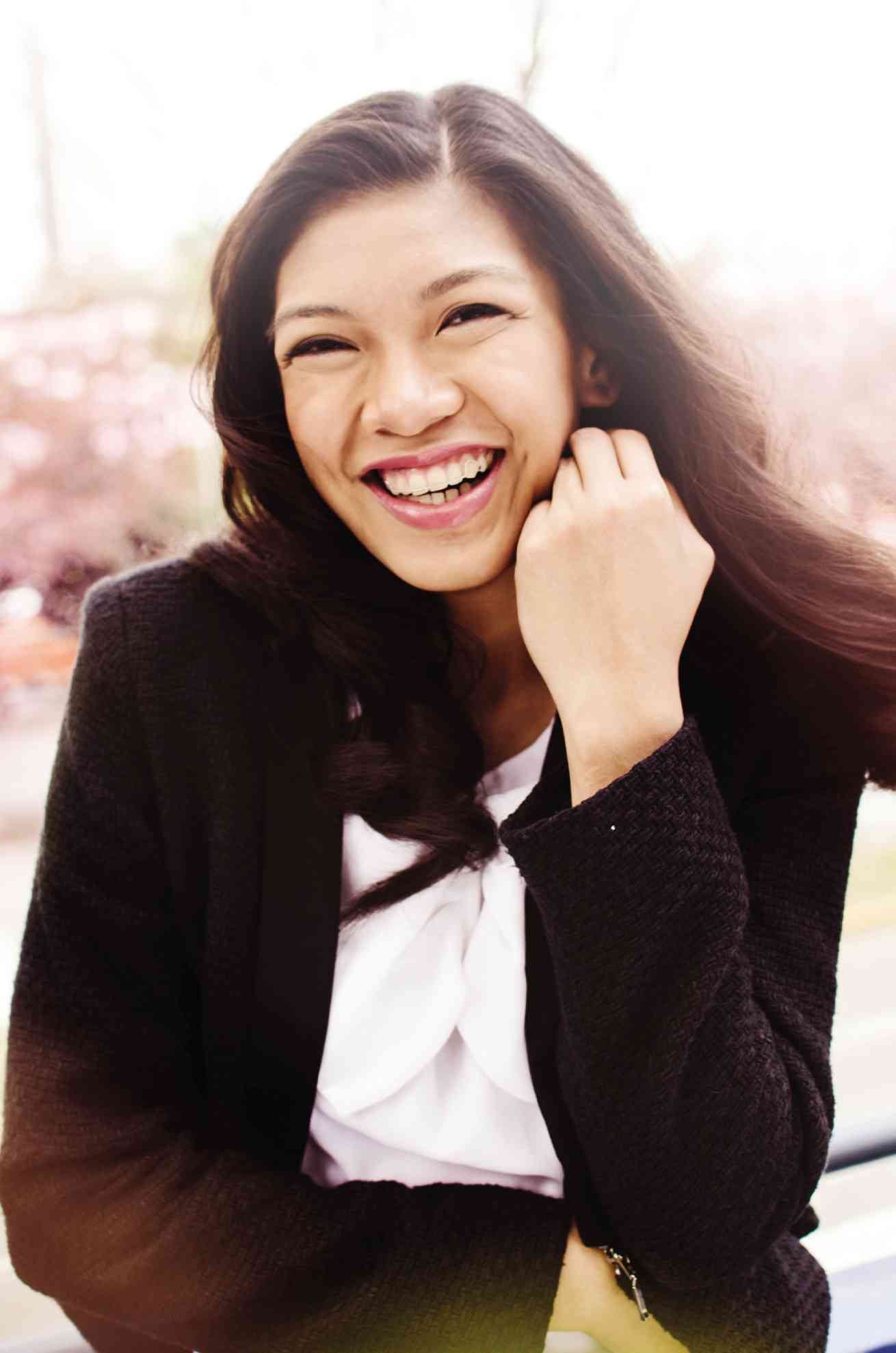 Right after her morning training, she comes to the shoot wearing a blue T-shirt that says “Heart Strong,” along with colored denim shorts and slippers, and carrying a training bag.

She exudes a radiant aura while flashing a big smile and saying, “I’m so sorry I’m late, I came from training and a team meeting.” Ateneo women’s volleyball team captain Alyssa “The Phenom” Valdez is genuinely nice on and off the court.

A few minutes later, three young girls, who had been staring at Alyssa from outside the Blue Eagle gym, ask permission to have her photo taken. Without hesitation she agrees. She even gives them a few words of wisdom about achieving goals. This encounter with fans is quite normal for Alyssa.

She admits that her parents are strict. Being the only girl in the family, she spent most of her growing-up years playing with her brothers. Their being athletic spurred her interest in sports.

“I can’t remember if I had any hobby that wasn’t sports-related,” says Alyssa. While her brothers were into basketball, she learned to play volleyball.

What started out as a hobby during her grade school years became a full-blown preoccupation when she entered high school at University of Santo Tomas.

“My coaches were really patient in teaching me,” she recounts. “What I’m really thankful for is that they polished me from scratch and pushed me to do well in every game.”

She became a top player who helped her team win championships.

Alyssa is a multi-awarded athlete. She was a two-time Most Valuable Player in the University of Athletics Association of the Philippines (UAAP) season 71 and 72, and the Shakey’s Girl’s Volleyball League season 5.

She was also a member of the Philippine women’s national volleyball team which played at the South East Asian Games qualifiers in Indonesia.

This UAAP season was perhaps Alyssa’s biggest moment. She was the season and finals MVP. She also took home the best scorer and best server awards.

But for her, winning the championship title is what matters most. “I don’t think much of my awards,” she says.

Alyssa is moved to tears whenever she remembers the journey of the Ateneo team to the championship title. It was tough, she says, considering that the team had a new coach, Anusorn “Tai” Bundit, who is from Thailand.

After losing the very first game, training intensified—twice a day at 6-8 a.m. and 5-9 p.m.

Injuries plagued the team, and the players had to adjust when they were asked to assume new positions.

Looking back, she heaves a sigh of relief and says, “Our hard work has paid off and it’s all worth it.”

“Heart Strong” became the team’s motto; Alyssa describes it as simply not giving up.

“Even if we were injured, we had to push ourselves,” she points out. “Our coach would tell us that we shouldn’t think that we can’t, instead we should think positively and think only that we can [do it].”

Though she has become famous in the collegiate volleyball scene, Alyssa remains grounded. And as more volleyball fans say they look up to her, Alyssa promises to always play a good

game and serve as an inspiration.

“More and more people appreciate volleyball nowadays. Without them, we won’t have this kind of attention. When kids come to me and ask for a photograph, I hug them afterward and tell them to continue their passion and believe in their dreams,” she says.

“Who knows, one day I’ll be the one watching them play?” she adds.

Valdez has, indeed, inspired many people. More than that, she has sparked the interest of young girls who dream of a career in sports.

“If I have something to say to those who want to prosper in an athletic career, it’s that they should stop complaining and start listening to their coaches. With hard work and discipline, you will be successful in whatever sport you play,” she says.

Volleyball is what molded Alyssa’s character and personality. Her passion and quest for excellence keep fans flocking to see her play.

Since Alyssa has two more years in the UAAP, expect her to generate more excitement each time the Ateneo team enters the court.