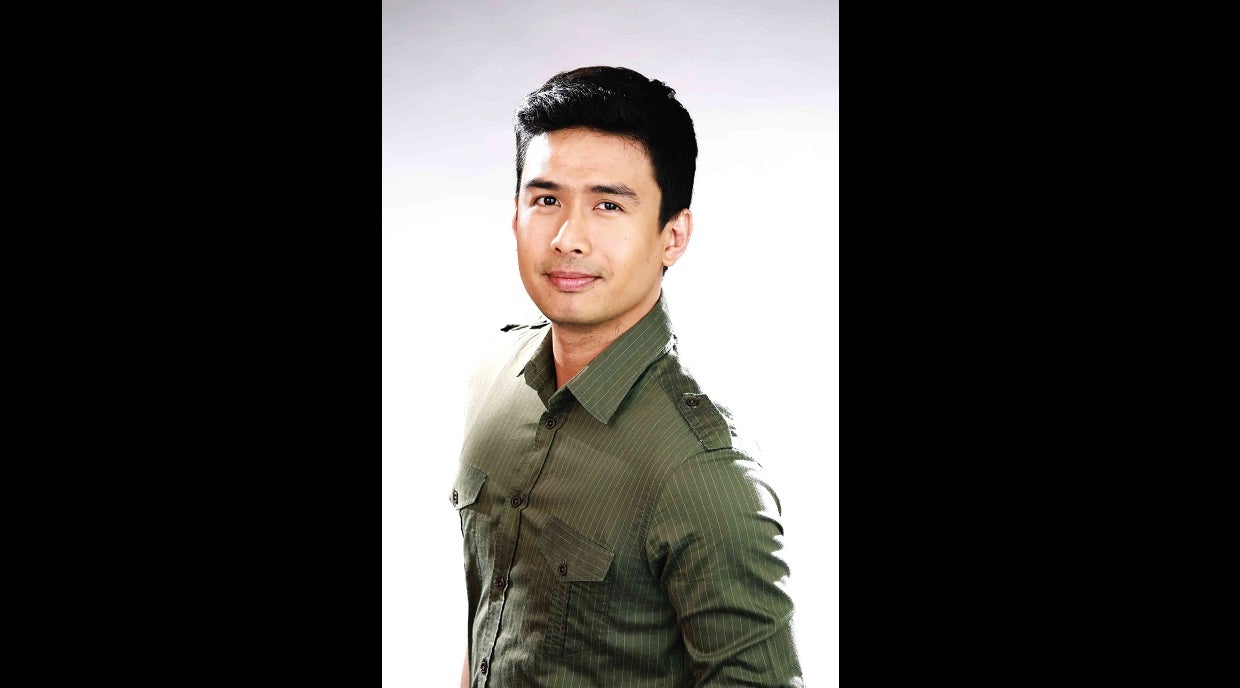 Why Christian Bautista keeps going back to theater

THE POP balladeer, who’s not only visible in the concert scene but also in TV variety shows and teleseryes, is back in theater in Atlantis Productions’ “Ghost The Musical,” which opens April 25 at the Carlos P. Romulo Auditorium, RCBC Plaza, Makati City.

Christian Bautista is in the thick of rehearsing his role as Sam Wheat— the boyfriend of Molly Jensen (played by Cris Villonco)—who is killed early on but will defy time and space to communicate with his beloved.

Bautista says this is the first time he gets “killed” in a musical, but somehow he can relate to Sam’s character.

“I get caught between the real world and the next. Molly is still in danger and Sam cannot leave her. Then a medium, Oda Mae Brown (Ima Castro), helps Sam to get in touch with Molly to warn her. Like Sam, I would go all the way to protect the person I love the most. Sam is a romantic, but he is also calculating and systematic. There is a part of me that’s pretty much like Sam in more ways than one,” says Bautista.

To prepare for the part, Bautista watched the movie, bought the music album, read the script and music, and reviewed clips of the musical on YouTube. He says he’s creating his own version of Sam.

This isn’t Bautista’s first time on stage. He did “The Lion, The Witch and The Wardrobe” for Trumpets, and also played Tony Wyzek for its sister company Stages’ production of “West Side Story.”

He was also cast in “The Kitchen Musical,” a TV production aired all over Southeast Asia. His more recent appearances were in Ballet Philippines’ revival of Alice Reyes’ pop-rock ballet “Rama Hari,” and Resorts World Manila’s production of Rodgers and Hammerstein’s “Cinderella.”

“Ghost” will be his first musical with Atlantis.

After doing “The Lion, The Witch and The Wardrobe” in his teen years, Bautista says his world was never the same again.

“It opened my life to the beauty of the performing arts, and indeed it changed my life. After that, I knew I wanted to be on the stage, [where] I get to do different character roles. The theater combines singing, acting and sometimes dancing. The level of excitement is different,” he notes.

“Everything you do for a live audience elicits some immediate reaction,” Bautista adds.

“Doing film or TV is like acting only for the camera. You can’t expect a reaction from it while delivering your dialogue, or even if you sing well. I just need to adjust each time to get the work done right, though I do enjoy doing both.”

He admits that “nothing is easy in theater, but I like the challenge because it stretches me and allows me more possibilities.”

Co-actor Jamie Wilson attests that Bautista is a pro: “He comes in prepared, having done his homework and studied his scenes before rehearsals begin. He is also very easy to direct. He is open to ideas, and he isn’t afraid of trying something new. His best quality, I think, is his ability to make fun of himself, which is a valuable quality in an actor. It shows a maturity in his choices, as well as his commitment to being truthful to the moment, wherever the moment finds him.”

Bautista worked with “Ghost” director Bobby Garcia for the first time in the concert “The Night of Champions,” where he shared the limelight with Sarah Geronimo, Jed Madela and other powerhouse singers.

While rehearsing for “Ghost,” Bautista says he saw more of Garcia’s strengths as a director. “He’s very encouraging. He knows how to make every scene work. He keeps the atmosphere serious and yet fun,” the singer points out.

Bautista looks up to the likes of singers Gary Valenciano and Martin Nievera, actor Art Acuña and costar Villonco as his role models for one reason: They never give less than 100 percent.

Their example, he says, amplifies the sturdy foundation he’s learned in theater: Professionalism, camaraderie and respect.