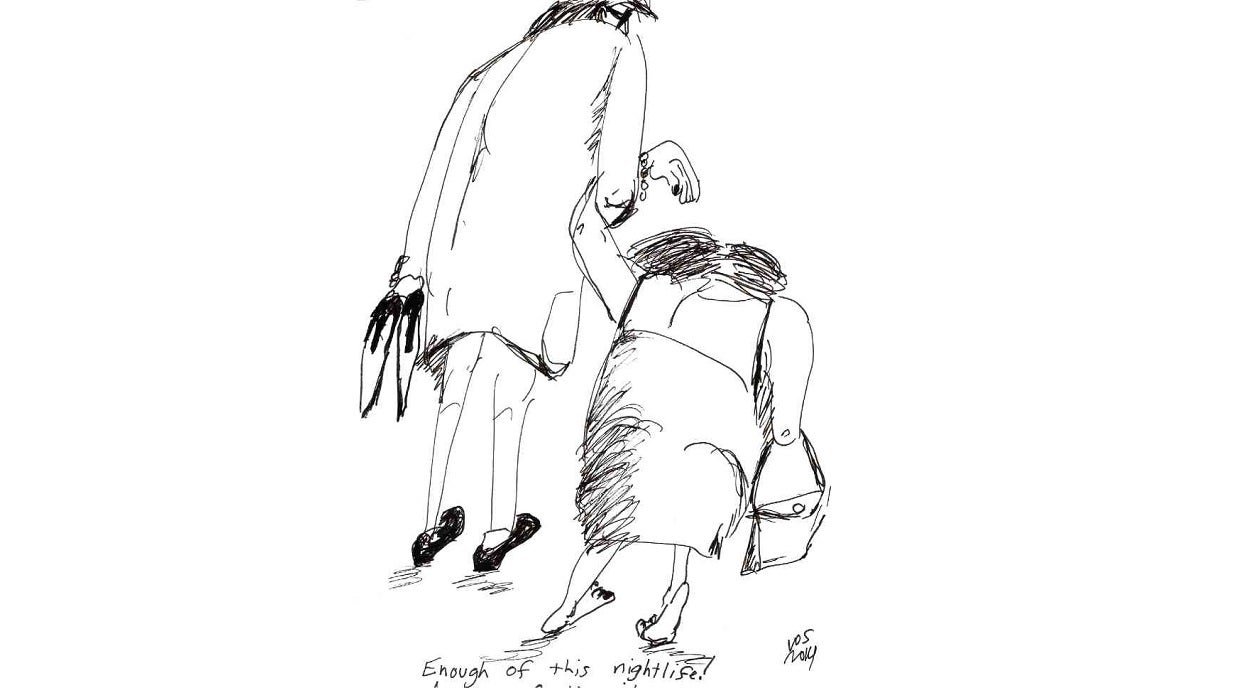 Lately we’ve been finding ourselves, instead of in bed reading, out for some nocturnal enjoyment. One such spell started with an invitation from Ingrid Sala Santamaria for a concert of hers with the Manila Symphony Orchestra, conducted by Arturo Molina.

We always watch her when we can, and there’s just no excuse for missing her in our own neighborhood, at the Ayala Museum. Besides its easy accessibility, the museum has surprisingly good acoustics and offers a cozy setting.

We could have walked, but not tonight, not in my shoes, short-heeled but heeled all the same. The compromise was to walk in them from the parking lot at Greenbelt 1 to Greenbelt 5, to make up somewhat for my treadmill truancy lately. There was a cool breeze ruffling the leaves along the path, creating little eddies in the ponds swarming with overfed golden carps, yet not strong enough to mess up my hair. The atmosphere heightened my anticipation of “The Romantic Piano Concerto” in prospect.

Statuesque and regal in deep pink, a crimson hibiscus in her auburn chignon, Ingrid was a marvel of age—she’s in her 70s. But wait yet till she put her fingers on the keys! Playing as she usually does, wholly from memory, with no score in front of her, playing two concertos and playing better than ever, she was a marvel, period.

Indeed, for an artist to play two concertos on one program is rare, remarked Jeffrey Solares, the annotator. What’s further amazing is that Ingrid has memorized 30 concertos—a fair mastery of only one, or perhaps two, is all it takes for a student to graduate from music school.

Working without music, says the authority Fred Plotkin (“Classical Music 101”) “requires not only note memory but muscle and nerve memory, which, with an immense amount of study, practice and concentration, can become incorporated into the wiring of a musician.”

That night Ingrid played, first, a concerto by the Norwegian Edvard Grieg, one of Scandinavia’s greatest pianist composers, then one by Sergei Rachmaninoff, who became familiar to the romantics of my generation for pop-song adaptations from him by Frank Sinatra (“Full Moon and Empty Arms”). For me especially, it evokes memories of my friend and neighbor Cynthia Sun (the Elizabeth Taylor of our circle), who played it for me on the piano whenever I spent the afternoon with her, after we had run out of stories to tell each other.

The music of the Romantic era is listener-friendly, melodious, and Ingrid added pianistic passion and grace to it. It was a performance to both watch and listen to. When her young-looking fingers, kept for a moment lightly resting on her lap like those of a confident gunslinger, hit those keys, it always gave me a thrill. Ingrid may well again find a description from Plotkin: “The piano becomes almost a physical extension of the person, a conduit through which sound and feelings are transmitted from the pianist’s body and soul to anyone who happens to be within hearing range. We become a witness to something incredibly intimate and personal, when the music and performer capture us, and we are powerfully moved.”

Ingrid had her audience on its feet, and it would not let her go without an encore; she obliged with a movement from Chopin.

She took her final royal bow, but, when Solares introduced her grandchildren in attendance, a good number of the 16 that she has in all, she shed her artiste persona and became a typical grandma, una chocha lola, and also was prompted to confess to fears common to her situation.

“Before I get Alzheimer’s or arthritis,” she said, “I’m now recording all the concertos in my head.”

The other show that brought us out of bed and house was “Full Gallop,” at the Carlos Romulo Theater at the Rizal Banking Corporation Building, on Ayala Avenue. Vergel and I were drawn to it by the whole package, a one-woman show about the eccentric fashion editor Diana Vreeland, the actor, Cherie Gil, and the director, Bart Guingona.

Ironically, it was Bart who seemed succumbing to stage fright, unlike the cool, chic Cherie, who carried the show; she was perfectly at home in Vreeland’s clothes, Bulgari’s serpentine line of diamonds, and the set in excessive red relieved only by flowers galore. This time our night out was on the invitation of this paper.

I could not imagine any other actress doing justice to the role than Miss Gil, who teetered between vulnerable and strong, pathetic and admirable, except Tammy Monsod, whom I miss on stage.

The hors d’oeuvres and wine before the show put us in just the right groove of sophistication, but unfortunately the plebeian in me was distractedly dipping into paper cups of truffle-oiled popcorn while chatting with old friend Susan Macuja and Lally Herrera of BusinessWorld.

Instead of going for the buffet, I wolfed down a hotdog on a pastry bun before settling down in our seats in the cold theater.

Seldom as well dressed as we were, we decided to prolong the evening with a suitable dinner before calling it a night.