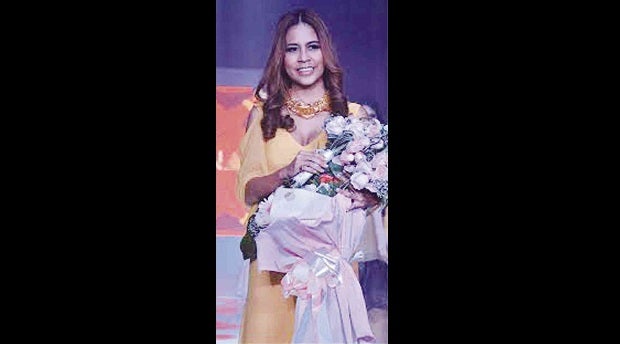 Mia Arcenas is the only daughter of Dindo and Iris (née Fernan) Arcenas. Ever since she can remember, she has been interested in fashion. Her own mother, Iris, is one of Cebu’s most beautiful women, and ever a fashion plate.

Mia has learned much from her, exposed as she has been to the remarkable Ferimar brand of exquisite fashion accessories that keeps Iris busy as the proverbial bee.

She returned to Cebu where she has become Ferimar’s vice president and creative director. Trade shows brought her to Hong Kong, Paris, Rome, Milan and other fashion capitals.

In 2011 Mia launched her own line. It consisted of very chic wearable and accessible (price wise) one of a kind kaftans in silk. They were a big success and today remain her bestsellers.

To this she has incorporated bags and jewelry, using luxury materials, gold-plated metals, crystals and fresh pearls. Now, Mia at 23, finds her idea of fashion well accepted in Australia, Japan, the Maldives, Morocco and Thailand.

In the Philippines you will find her in outlets of the Shangri-La, Crimson, Alegre, Discovery Shores and Amanpulo.

Mia has just scored a big hit with the launch of her 2014 spring/summer collection held in Cebu at the Oakridge Pavilion. It was presented by Zee Lifestyle magazine with the presence of its publisher Eva Gullas.

The affair was one of the most elegant of the season, with a record attendance by Cebu social and business luminaries. Dindo, Iris and Mia put their call into it. “Our dearest friends and relations were a great help,” they enthused.

Marguerite Lhuillier was radiant, watching granddaughter Gabby Darza gliding on the fashion ramp among the ethereal models. Glowing, too, was her dad Christopher Darza.

Cebu’s fashion icons were present: Amparito Lhuillier in one of the Mia’s creations, Rosebud Sala and Teresin Mendezona, posing for a photo with Marco Protacio, formerly general manager of the Waterfront Hotel in Cebu who came just for the event.

As they collected heaps of praise and congratulations Dindo, Iris and Mia recounted all those who had helped them attain such spectacular success with the presentation.

“There’s Doro Barandino, Vicki Belo, Manny and Grace Palaganas of Xoxo Gelatto, Julie and Gabriele Boschi of the Rudy Project,” they exulted, adding “we’re so grateful to our sponsors.”

In that list are Globe Tattoo, The Reef, Oakridge, Ferimar, the Arcenas Group, Arcenas Holdings, The Henry Hotel and Movenpick.

Wine and champagne had flowed from the very start, as the glittering crowd arrived and exchanged pleasantries before finding their seats. The flow continued after the fashion parade when a buffet was served, and dance music began to play. The adept tripped the light fantastic beyond midnight.

Ambassador Julio Camarena of Mexico, made an official visit to Cebu, and was honored with a reception at the Casino Español, hosted by the honorary consul of Mexico Eduardo Gonzalez and his wife Therese.

The close ties between Cebu and Mexico were recalled. The Philippines for many decades was ruled by the Viceroy of Mexico. The famous Acapulco galleon was built in Cebu, and fitted with supplies before it went to Manila for loading with precious cargo.

Thus, products from the Philippines and China found their way across the Pacific ocean, unloaded in Acapulco, trundled by land to Vera Cruz, and from there across the Atlantic to Spain. It was only when Mexico became independent that the Philippines was ruled directly by Spain.

“This is my fifth visit to Cebu,” British Ambassador Asif Ahmad said at the reception he hosted at the Molave Room of the Cebu Country Club to install Tamsin Booth as honorary consul of the United Kingdom in Cebu.

Ambassador Ahmad was referring to the various times he came in aid of Supertyphoon “Yolanda” victims not just in Leyte, but also in Northern Cebu, Negros and Iloilo. “Tamsin was a great help in every way,” he said.

Tamsin did not give a speech on this occasion. She thanked the ambassador and asked everyone present to enjoy the party, partake of the excellent spread, and toast with red or white wine.