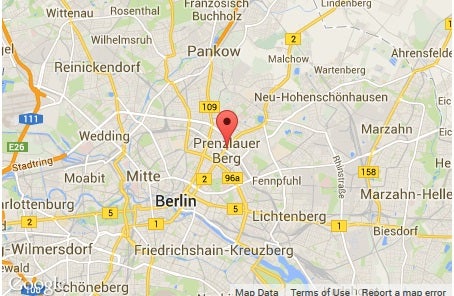 BERLIN — What may be Europe’s first lesbian-only burial place opened Sunday in a forested Christian Lutheran graveyard in the German capital.

The final resting place will give gay women a place to share in the afterlife, said Astrid Osterland of Safia, an association primarily for elderly lesbians.

The burial ground is part of the 200-year-old Georgen Parochial cemetery in Prenzlauer Berg, a district in the east of the once-divided city near Alexanderplatz square.

“The idea emerged four years ago in the lesbian group Safia, whose members, advancing in age, asked themselves where they want to be buried,” said Osterland, 69.

“We wanted to stay together, to be close to those with whom we lived, we loved, we worked, we fought,” she told AFP, adding that she has already reserved a burial plot for herself.

The 400-square-meter (4,300-square-feet) section of the cemetery, newly landscaped with a winding sand path, has space for 80 bodies or urns containing cremated ashes.

“We had surveyed several cemeteries, but we decided on this one because we knew it and we knew it was beautiful,” Osterland said about the project, financed by the women’s housing association Sappho.

Osterland granted that “this idea may seem exotic” but stressed that “it is not a fight against men”.

“There will be no barrier to demarcate it and all those who want to come and honor the dead with respect are welcome,” she said.

Safia in a congratulatory message on Sunday hailed the opening of “what may be Europe’s first lesbian cemetery” as a “historic” occasion — a term one speaker corrected to “her-storic”.

“Now there’s another reason for a journey to Berlin, even if it may be your last,” the group added.