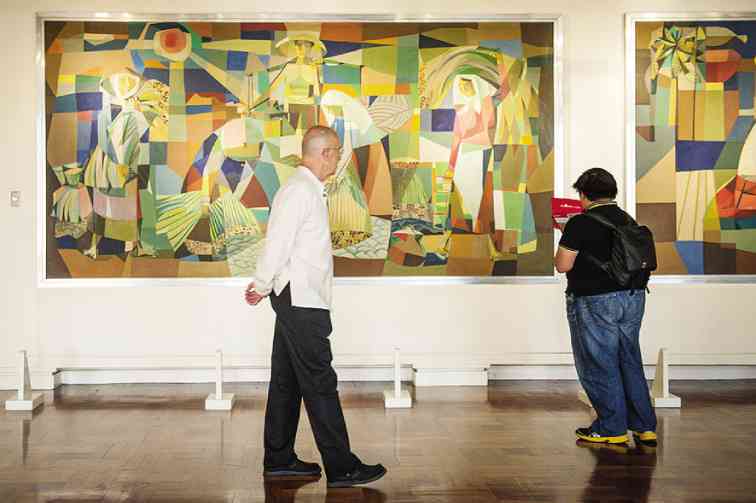 NATIONAL Artist Vicente Manansala’smural series, “Pamilya,” which used to be in the lobby of the old Philam Life building on United Nations Avenue, now hang at the National Museum.

The National Museum of the Philippines recently launched a new gallery dedicated to the works of National Artist for Painting Vicente Manansala.

Featured at the new Philam Life Hall of the National Art Gallery in the NM complex around Agrifina Circle in Manila are seven large format paintings of Manansala commissioned in 1961.

These masterpieces of transparent cubism, which came from the old Philam Life Building on United Nations Avenue in Manila, are now on long-term loan to the National Museum following the sale of the company’s former head office in 2012.

Also to be mounted at the Philam Life Gallery would be other works of masters from the insurance company’s collection, said Philam Life president and CEO Rex A. Mendoza.

“We’re thinking of adding them into the hall but for the moment they’re in the period of restoration because they’re old,” he said. “We’re restoring many of them and we should be getting to the next level, we should be able to display them soon.” 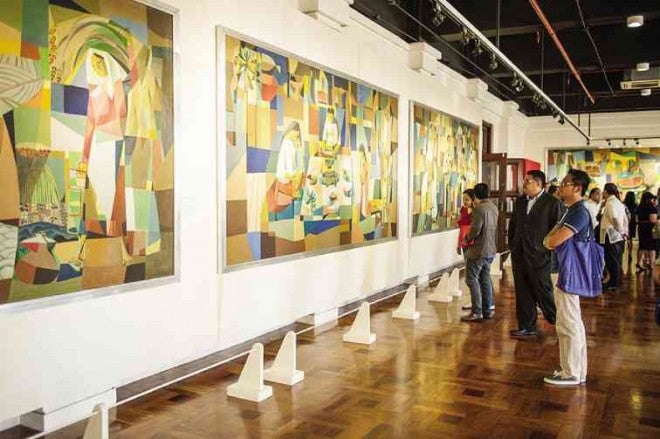 “We have Cesar Legaspi, we have (Victorio) Edades,” the executive further said. “We have the (Ang) Kiukoks and the (Jose) Joyas. We have quite a number. Being Philam Life and being here for 67 years, certainly would make us own many of those.”

But Mendoza said not all of the collection will be displayed at the National Museum:

“Not exactly all. We’ll see what fits. Even the National Museum is advising us on what would blend. They’ll tell us what works and what won’t. But we’d like to cooperate with them because they’re the more knowledgeable ones.”

Meanwhile, the company clarified an earlier report saying the old Philam Life Building in Manila was sold in the aftermath of the 2008 financial crisis which engulfed its parent company, American International Assurance Group.

“We moved our headquarters to Bonifacio Global City in 2013 as part of the company’s strategy to improve the way we do business and not as a result of the financial crisis is 2008,” the company said in a statement.