Polo games for a cause raise funds for ‘Yolanda’ victims | Lifestyle.INQ ❮ ❯ 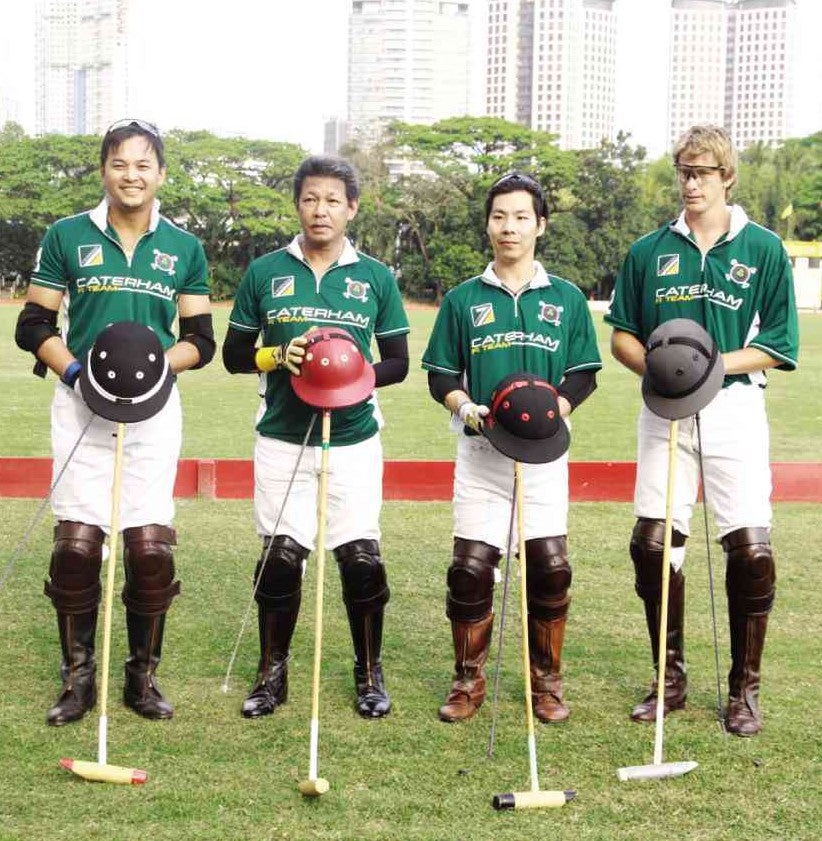 Polo games for a cause raise funds for ‘Yolanda’ victims

She’s more than just a polo player’s wife who roots for her husband when he wallops the ball through the goal post. When polo patron Michael “Mikee” Romero makes big plans for special events, his spouse Sheila gets it down to the last detail.

Romero launched the Philippine Polo Open, the country’s first international professional tournament that ended with a championship game at the Manila Polo Club. Team owner-players and professionals from different countries flew in to compete with the Philippine teams that also imported their high-goalers.

Sheila and several committees organized the guests’ itineraries and made sure they enjoyed Philippine hospitality. The VIP guests, such as billionaires Shilai Liu of China and Vichai Srivaddhanaprabha  of Thailand, Prince Jefri Bolkiah of Brunei and his son Prince Bahar and nephew Prince Qawi, were billeted at Maxim Hotel in Resorts World Manila.

The guest players were flown in by helicopter for three days to Calatagan, Batangas, the venue for the initial matches. In the evenings, they were feted at the best restaurants in Manila. The rustic charm of Antonio’s in Tagaytay turned out to be their most unforgettable affair.

The championship event, which was sponsored by Lifestyle Asia and Viber, was executed in high style as Manila Polo Club was transformed into a ranch. Guests were invited to come in cowboy attire.

Over 600 spectators came to cheer for the match of the season: San Miguel vs. GlobalPort Filipinas.

Beyond a thrilling scramble between two powerful teams (San Miguel won) and the hi-jinks, the Philippine Polo Open aimed to raise funds for Sheila’s I Want to Share Foundation, an organization that supports other charities.

A silent auction to help Tacloban and other typhoon-ravaged communities raised some P800,000. Sheila tapped friends such as fashion designers Francis Libiran, Rajo Laurel and Randy Ortiz who donated gowns and gift certificates of their services while Lally Dizon and Emi Jorge donated their bespoke minaudieres.

The proceeds went to the purchase of solar lamps.

Earlier, Srivaddhanaprabha, who is a duty-free operator in Thailand and a polo patron, gave a generous amount that enabled the foundation to build 30 homes in Pandan, Antique, and provide relief goods for 7,000 families.

“There’s more to life than dressing up and parties,” said Sheila.