Why are Metro Manilans flocking to Todd English? | Inquirer Lifestyle 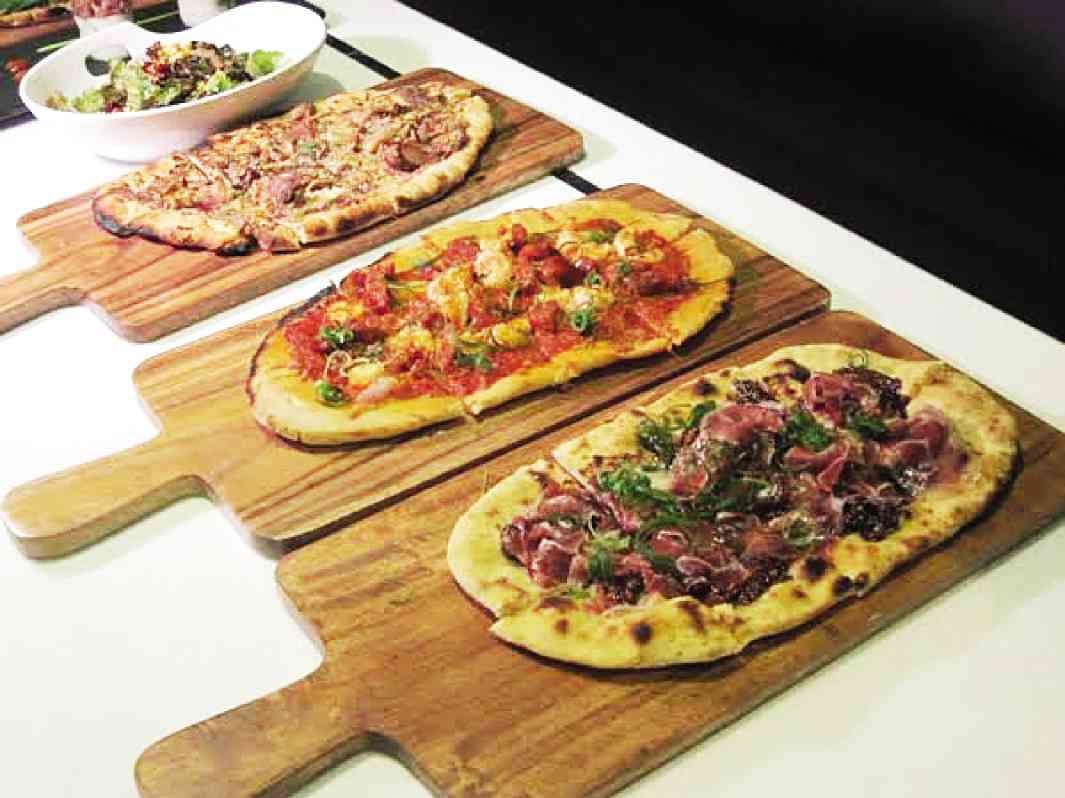 Why are Metro Manilans flocking to Todd English?

A week before the soft opening of Todd English Food Hall at SM Aura Premier last month, it was reported that the Gerber Group had taken control of the celebrity chef’s 14-year-old restaurant Olives at the W Union Square Hotel in New York City.

News like this might be enough to scare off new business partners or at least result in a rescheduled opening, but the Dee family of Concenti Globali, Inc. decided to push through with the opening of the Todd English Food Hall at SM Aura.

Managing director Eric Dee said he had long wanted to partner with the celebrity chef.

“In 2011, I was in Kuala Lumpur and I found out that English was also there,” he recalled. “I knew I had to meet him, which I was fortunately able to do.”

At the meeting, Dee mentioned to English how he and his family had over a hundred food stalls and restaurants, including Mesa and Cerveseria.

“We were really impressed with the Dees,” said English. “They’re a great family, so we didn’t have a hard time deciding to partner with them and open the first Todd English Food Hall outside the US.”

The restaurant is dotted with live cooking stations, so one can’t be faulted for thinking it offers buffet-style dining. It doesn’t. The nine culinary stations are actually open kitchens that allow diners to see how the food is prepared.

Once seated, guests can order from any of the stations— pasta, salad and charcuterie, flatbread pizzas, a grill, Asian food, a raw bar, a sushi bar,  a dessert and bread bar.

The 900-sq m space is a replica of the one in New York and was designed by interior designer Ivy Almario and her team. Details include marble floors, wood paneling, ceramic backdrops and stained glass windows.

Asked why he decided to open in the Philippines ahead of  more cosmopolitan cities in the region like Hong Kong, Singapore or Shanghai, English said the Philippines was an emerging

market, one he was excited to be part of.

How involved would he be in this venture?

“Spanish executive chef Jaime Mendoza, who has worked with us for over 15 years, will stay in the Philippines for a year to oversee daily operations,” said Oliver English, Todd’s adult son and the company’s vice president. “We also plan to come over once or twice a year to check on things.”

The Dees are excited about the new restaurant. Eric said that diners can come in twice a day and be sure to spot something different to try.

“Our dishes are made for sharing, so a group can order and sample several dishes and then split the bill. Our flatbread pizzas are great for sharing but we also have bone-in tomahawk steaks for those who want something more substantial.”

This early, Dee said there are plans to expand the Todd English franchise with either another restaurant (Figs, specialty pizza) or a bar opening before the end of the year.

“We want to make more people aware of the Todd English name,” he said.