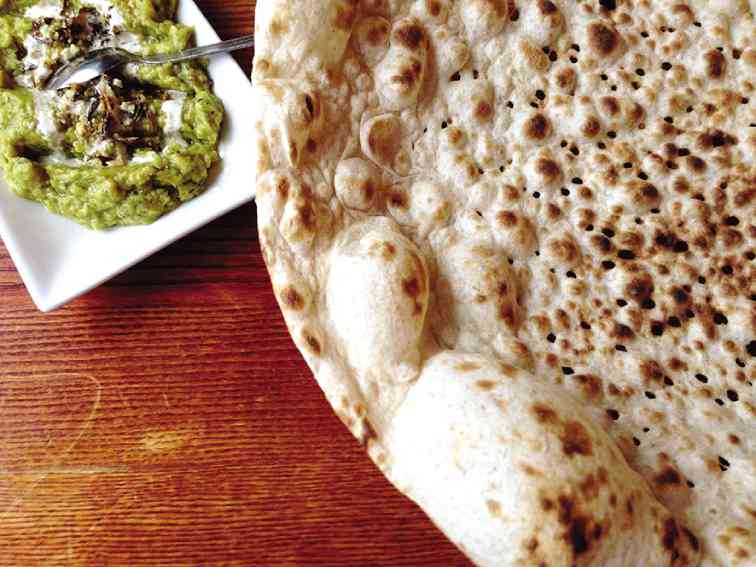 The new red bus for London is now plying the routes in most parts of the city. For those of us who loved the old, iconic Routemaster, the new version is a poor palimpsest of the original, mimicking elements of its predecessor’s style but missing the point entirely. The trappings remain, but the spirit is no longer there.

For a while it seemed as though the same could be said of London itself. It’s still the foremost city in the world for culture and the arts, but silly house prices and the cost of living made it a playground for oligarchs and bankers,  but not actually a place for people, both native and settlers of all sorts, to live.

If it becomes just a place for billionaires to launder and squander money and culture vultures to swoop in and catch star billing on the West End, money will have done what the Blitz failed to do and squash the spirit of the capital.

I have my reservations about hailing London as a new foodie capital. There are very good restaurants, as there tend to be in places that have quantities of very rich people. Hong Kong, Dubai and Las Vegas have their share of Michelin-star chefs as well, but the difference is that in Hong Kong, if you pop into a noodle shop filled with office workers, they will be every bit as exacting about their lunch as a diner at the Ledbury.

In London, if you pop into a sandwich shop you will get stodge. Faffed up stodge, with fancy ingredients and artisanal this and organic that, but pap nonetheless.

The London food world’s fascination with the exotic has always been tempered by a need to calibrate it to local tastes and pair it with copious amounts of alcohol. We’re not talking a judicious continental pairing of a bottle to go with the meal, but real alcohol, before and after the meal, and all throughout.

I once ate in the well-reviewed Cinnamon Club where food played a distant third fiddle to beautiful interiors and copious libation.

Five years ago, the cult restaurant was Moro and its imitators. More recently the trend has moved further east, with the worship of the great prophet of all things lentil and grain and herb, Yotam Ottolenghi. He has the advantage of being both British and Israeli, and his food is correspondingly domesticized exotic.

The food is virtuous, both in its low-fat, high-fiber promise of healthy lifestyle to the marathon-running middle-classes, as well as in its philosophy, which he spells out excruciatingly in his books and website: local farmers, artisan producers, except of course for the ingredients nicked from the back of a spice caravan. You can feel your triglyceride count abating just by reading the menu.

All this would be far too easy to make fun of, if he weren’t so good at what he does. I never thought that I would pay so much for lentils in my life and be happy about it. We went to Nopi, his sit-down restaurant in Soho (the others are more like delis), just off Regent Street.

A whole fried baby chicken, braised and marinated in spices; manouri fritters; Jersey Royals potatoes that melted in the mouth—it all made you forget that outside was a world of cold supermarket sandwiches packed in cardboard boxes and kebab stands with potatoes deep-fried in rancid oil.

But a meal, even without wine, sets you back at least £80 per person; and we were eating perched on stools between the kitchen and the store cupboard.

In general, though, the best meals I’ve had in Britain have been at home, where we could benefit from the wonderful produce available before the chefs get a chance to squelch the last bit of flavor out of them.

It’s always worth taking a trip to Allen’s of Mayfair, especially when game is in season: Here you will get the best grouse, to roast with a bread sauce or to cook as adobo. This time around

I was distracted by 28-day Himalayan salt-aged beef. According to the website: “The beef is dry-aged in a chamber using a 12-foot-high solid wall of Himalayan rock salt bricks…”

You can buy the bricks, too, if you want to build your own chamber, but I was happy to buy a côte de boeuf still on the bone, a thing of beauty in its marbling. I’m not too clear on what the salt does, but it was one of the most perfectly aged pieces of meat I’ve ever had. With meat this good, all you need is salt, pepper and a hot oven; anything else would be a travesty.

We had rented a flat with a fully stocked kitchen so I was able to take full advantage of the season: the last of the winter cheeses from Paxton and Whitfield, spring lamb and line-caught Scotch salmon.

Service in top-tier London restaurants is still excellent, so all these are available at upscale establishments if you don’t want the trouble of washing up. But by the time you get to the middle range of the dining tiers, both the service and the food begin to fall off sharply, and you’re better off eating at a good Persian or Turkish or Lebanese restaurant.

One day, soon, London will be split into two worlds: the millionaires of One Hyde Park, the trust fund hipsters of Chelsea, and the dowagers of Mayfair on one hand; and the rest, eating sandwiches and chips and commuting from Slough.

At least the museums are still free, books are still cheap, and classical music receives generous public and private funding.