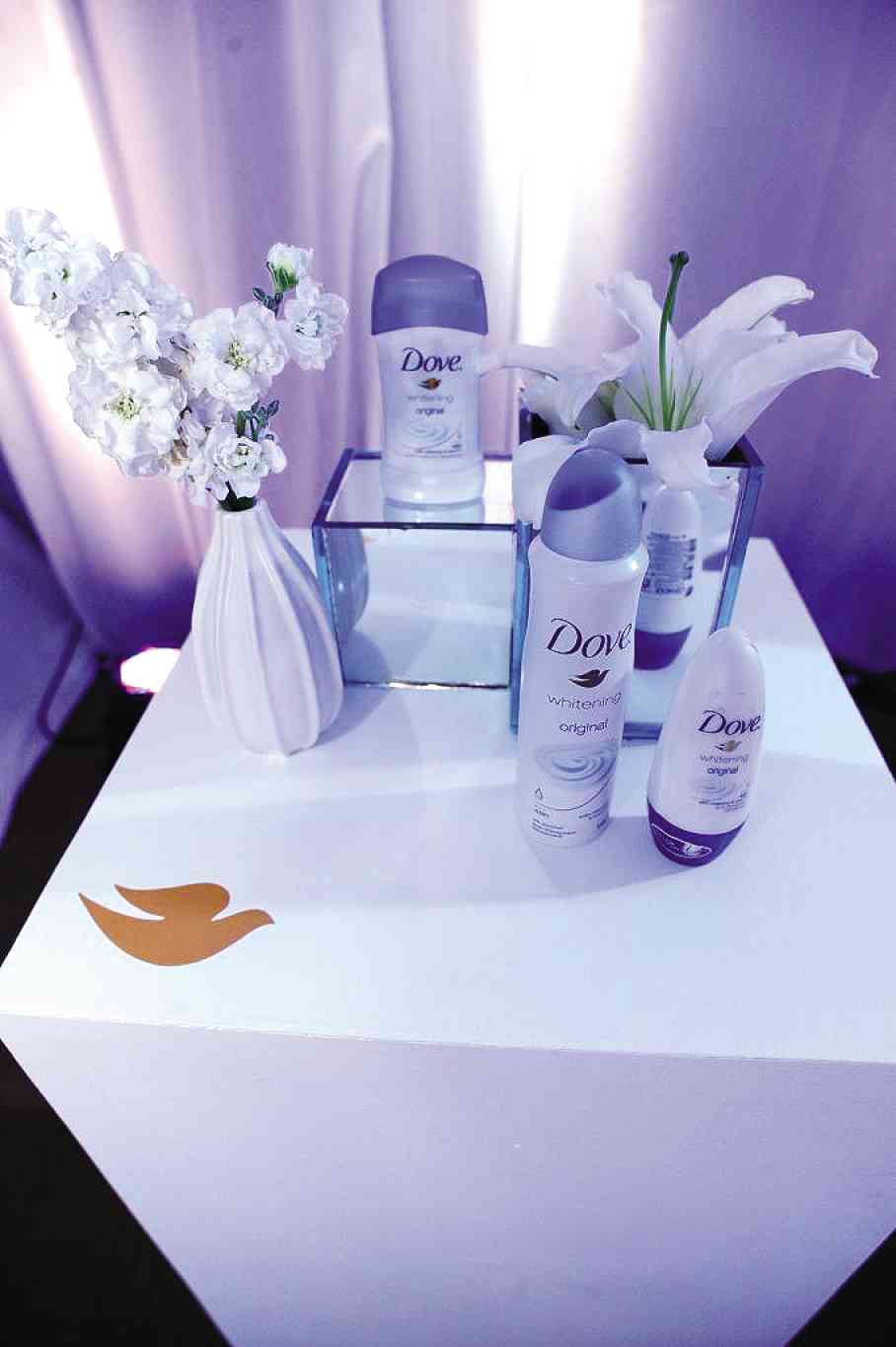 DOVE Original Whitening Deodorant claims to be the No. 1 skincare deodorant in the world, used by 92 million women.

93% of Filipino women don’t like the way they look

There was nervous laughter in the room; some looked around searching each other’s face just to be sure they heard it right: “Go up to your rooms, wash off all your makeup, and come back down.”

For many of the 80-or-so woman attendees of the first Dove Summit held at Harbor Tent of Sofitel Hotel Manila last week, being asked to come out barefaced in public was perhaps a taller order than being made to walk around in a bikini.

A naked, makeup-free face’s place is in the privacy of one’s bedroom, not in a vast roomful of one’s peers, and surely never before a camera!

The trepidation among the attendees made up of beauty editors and bloggers was a clear reflection of the results of a survey commissioned by the beauty brand: that 93 percent of Filipino women don’t like the way they look; and that of the 6,000 women surveyed around the world, one in two is critical of her own self.

A moving video showed interviews with random Filipino women who fessed up to the roots of their insecurities: mothers who told them they weren’t beautiful; playmates who taunted them for their size or complexion; the high standards of beauty being perpetuated by media and society.

(Dove’s video campaigns typically go viral as they tend to affect women at the core. One example is “Dove Friends,” where women are struck speechless when asked what they liked about themselves, but had a quick answer when asked about their friend. The question raised: “If we can see the beauty in others, why can’t we see that about ourselves?”)

In its first activity for the two-day summit, Dove asked the women to get rid of their armor and face the camera for a portrait showing their natural beauty, in photo sessions with four top female photographers. The challenge was “to inspire women to realize their personal potential for beauty,” according to Mian Datu-David, Unilever marketing director for skin.

For decades, Dove has been at the forefront of celebrating women’s beauty in its diverse shapes and colors, with campaigns that defied the norm and eschewed the industry standard of using supermodels and celebrities, and instead making real, everyday women the face of the brand.

Its “Campaign for Real Beauty,” which began in 2004, has been a global marketing success.

When Dove began its global campaign in 2004, it found that only 2 percent of the women surveyed thought they were beautiful. In 2010, that figure rose to 4 percent.

Gina Lorenzana, Unilever vice president for Personal Care, vowed to change the local statistic that only 7 percent of Filipino women think they’re beautiful—ironic given that Makati and Pasig were recently named selfie capitals of the world. (Within hours of the Dove Summit, its hashtags #RealBeauty and #IAmBeautiful gained 66 million social-media impressions.)

Lorenzana along with activity hosts Lexi Schulze and Unilever head of PR for Personal Care Apples Aberin were in on the challenge and also had their portraits taken sans makeup. Schulze noted that the exercise was indeed intimidating even for her and Aberin because of their jobs as models and public figures, as they’re expected to look a certain way at all times.

The next day of the summit segued to product presentations, underscoring where Dove comes into the picture in raising that 7-percent statistic.

Neil Trinidad, Unilever marketing manager for Deo and Oral Care, shared another interesting figure: that eight in 10 Filipino women won’t raise their arms because of insecurity.

The underarm is such a source of embarrassment for many women that, in a video Trinidad showed, the Filipino women interviewed had very graphic, hypercritical descriptions of their

own pits you’d think they were describing a reviled enemy.

Seven in 10 women pluck or shave their underarms, according to Rowena Lim, Unilever Deos Asia regional R&D manager. And a third of what’s shaved off when one runs a razor on the armpit is skin, the very layer that’s supposed to serve as protection, she added.

When the skin gets irritated or inflamed, it causes melanin production or hyperpigmentation, ergo dark armpits. The harsher part is, it takes 20 to 30 days for the skin to recover.

Dove Original Whitening Deodorant claims to be the No. 1 skincare deodorant in the world, used by 92 million women. It claims to have the answer to banishing women’s insecurities about their pits: It contains ¼ moisturizing cream and vitamins E and F from sunflower seed oil that moisturize, repair and lighten skin.

Using an electronic gadget, the session compared how much moisture the skin retained after application of milk on one hand, and Dove Deeply Nourishing Body Wash on the other. A normal, un-moisturized skin’s moisture level reads between 22-24, said Palabyab-Rufino. With the volunteer, the milk-moisturized skin read 41; the Dove hand read exponentially higher at double that figure.

The science to glowing skin is making sure it’s moisturized deep within to fill in the gaps that allow moisture to escape, said the dermatologist. Dove claims its body washes with NutriumMoisture formula is deeply absorbed by the skin and heals it from within.

Much like dry skin, damaged hair has microscopic holes and gaps, represented at the Dove Hair pavilion with the spaces and voids between Jenga blocks. Those gaps need to be filled to

According to Carlo Isla, Dove Hair brand manager, while eight in 10 women have damaged hair, only three use a shampoo for damage care. In a demo, Dove showed that damaged, porous hair washed with ordinary shampoo sinks in water. When shampooed with Dove Damage Therapy Shampoo with micro moisture serum, it stayed afloat on the surface as its so-called Fiber Actives serve to fill in the microscopic gaps in every strand.

According to Dove’s Gabby Alvarado, Dove Intense Repair Shampoo has Keratin Actives that rebuild hair at the cellular level. Keratin is the protein that makes up 90 percent of our hair, and which makes it beautiful and strong.

At the dinner to cap the makeup-free portrait session, the summit attendees appeared more self-assured as their peers applauded the portraits (taken by Sara Black, Jo Ann Bitagcol, G-nie Arambulo and Pilar Tuason) being flashed on the big screen.

Then an even bigger surprise: video messages from their friends and loved ones, reminding them of why others find them beautiful, with makeup or none.

For many women, there was no bigger affirmation of their real beauty than that.