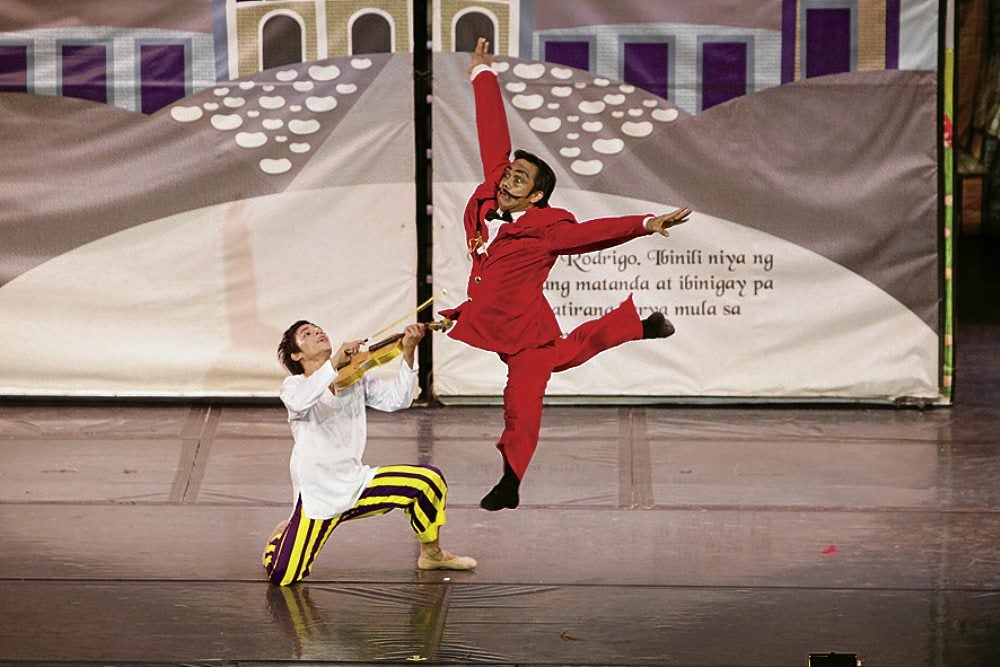 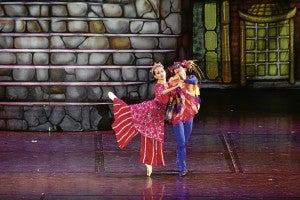 It’s about time that two of the country’s major ballet companies drew out tried-and-tested productions from their baul.

Appreciative whistling and applause from a younger set of audience on opening nights of Ballet Manila’s “Tatlong Kuwento ni Lola Basyang” and “Encantada” by Ballet Philippines validated two local dance treasures that made  theater-goers proud to be Filipino.

There was not much virtuoso dancing necessary in BP’s “Encantada” at the Tanghalang Nicanor Abelardo (Main Theater) of the  Cultural Center of the Philippines in Pasay. Ever present and repetitive were interesting lines, tableaux formations and meditative movement—as opposed to the usual dancer’s projective style—that make it look like the dancers were gathering internal energy (think kung fu complete with the trembling).

Flowing, nature-inspired choreography by Agnes Locsin depicted the conflict between the (generally) female group’s pagan worship of Encantada, a mountain deity, through the babaylanes (female priestesses) who tried to keep Estranghero, an indio rebel, safe from the frailes and his guardias civil in their oppressive campaign for the spread of Christianity during the Spanish regime.

Amid all the violence and natural disaster that ensued, it was revealed that when the imagen, an icon of the Virgin Mary, was stripped of its clothes, it resembled the pagans’ anitos.

Children who watched the show remained riveted, wide-eyed, with their hands on their mouths, especially when the cast went into the audience during the hunting scene and flooded the orchestra with a burst of eerie red light. 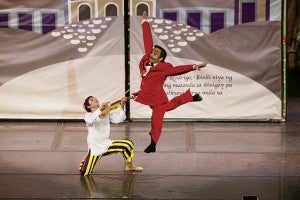 Georgette Sanchez, who is now with ABC Dance Company in St. Potten, Austria, alternated with a more classical Candice Adea, fresh from yet another international win—bronze medal in an international ballet competition in South Korea.

Wearing white shimmery chiffon dress, both were articulate and graceful in the ethereal title role, in which there was greater challenge in the intuitive part of the mind than in the dancing. Sanchez’s advantage was that she had been in the original production (1992) as part of the corps de ballet, and restaging (1998), as the chief babaylan, so she had more exposure to Locsin’s preferred style of dancing.

Amazonian Kit Trofeo is the earthy chief babaylan  in a black-and-beige dress that looked like shreds of cloth. Jean Marc Cordero in plain traveler’s garb was strong and emotive in his contortions.

The BP corps de ballet, with their well-coordinated movements, energetic chanting and stomping, were a delight.

The women had their hair askew, heads down (imagine a non-scary Sadako in the Japanese movie “The Ring”), attitudes (extended leg with knees bent) with feet flexed.

Wearing Moriones-inspired masks, the men as guardia civil looked clownish with jerky, hunched postures and sudden head-bends to the side.

This writer felt like joining in and dancing to the beat of the live neo-ethnic music composed and performed by Joey Ayala alongside his band Bagong Lumad and Bayang Barrios. (Ayala and Locsin closely collaborated with Al Santos, who produced the lyrics and libretto for the score.) 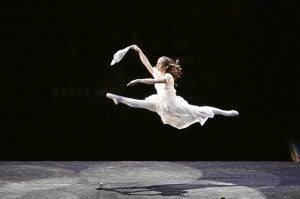 The band was ingeniously placed right at the heart of the mountain, giving it a soft glow that looked like the mountain’s life source. The environment-friendly set from local and inexpensive materials such as bamboo, abaca and gauze and costumes by Salvador Bernal, National Artist for Stage, was given an updated and modern feel through lighting design by John Batalla.

No wonder it was difficult for Ballet Manila to top its own books-to-ballet trilogy, “Tatlong Kuwento ni Lola Basyang,” since the production’s world premiere in 2008.

“Ang Mahiwagang Biyulin” was the obvious crowd favorite of the well-loved Severino Reyes classics. It tells the story of young Rodrigo who had to work for Ahab to support his parents. Ahab scrimps on payment and Rodrigo comes back to get the amount that is rightfully his after receiving a magic violin that makes people dance uncontrollably in return for his act of kindness to an old lady.

Gerardo Francisco as the violin-playing hero is like a supercharged bunny, while Marcus Tolentino is the red velvet suit-clad villain who made people giggle.

Ever dramatic Rudy de Dios took flight in his title role as the agile prince of the birds – yes, he pulled off the pained expression even in winged cobalt blue unitards—and is matched in both skill and expression by Indonesian Yanti Marduli as the heroine, Prinsesa Singsing who chose to become a bird to be with her beloved.

Alvin Santos as Pedro in “Ang Kapatid ng Tatlong Maria” looked as if he simply enjoyed stretching his leg very near his head as the dutiful little brother tasked to search for his three sisters who became queens of various kingdoms.

What seemed like a multitude of male and female corps whose grand jetés and leg extensions are executed in uniform levels and perfect unison remain a breath-taking marvel in BM performances.

Michelle Elizalde as Ate Missy gamely took over Lisa’s role as dancing narrator alongside the original Lola Basyang, actress Luz Fernandez and three other children. But Missy is yet to make the role her own—one that was made famous by obviously far more seasoned dancers who did not let it seem like the set was overpowering them. Perhaps we are asking too much from a 12-year-old, who barely has a year of professional dancing, yet it is essential for her to learn how to engage the audience better if she will be thrust into prominent roles more often.

Elaborate and very detailed set and costumes enhanced by ingenious lighting seemed to be enlarged replicas of vivid and colourful illustrations by artist/illustrator Frances Alcaraz for all three books.

E-mail the author at elkarequinta @gmail.com.