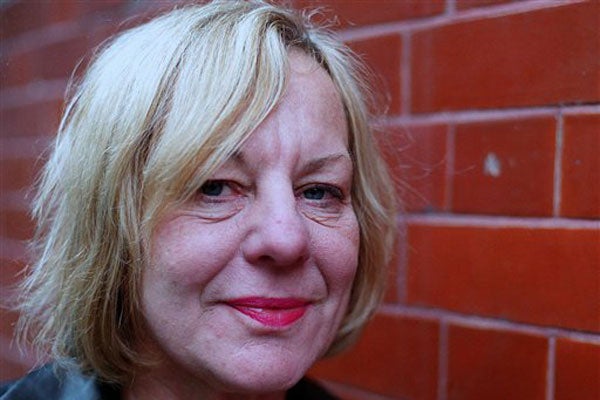 An Oct. 1, 1999 photo from files showing British comic author Sue Townsend. The author, the creator of teenage angst-ridden Adrian Mole, has died after suffering a stroke. She was 68. Penguin Books confirmed Friday that Townsend died in Leicester, central England, a day earlier. Her first novel, "The Secret Diary of Adrian Mole, Aged 13Â¾," was published in 1982 and was hailed as a comic masterpiece. AP

LONDON — British comic author Sue Townsend, who created angst-ridden teenage diarist Adrian Mole and sent Queen Elizabeth II into exile on a public housing estate, has died after suffering a stroke. She was 68.

Townsend left school at 15, married at 18, and by 23 was a single mother of three. She worked in a factory, in shops and at other jobs — and wrote, honing her style for years before breaking through into publication. 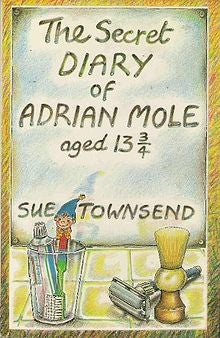 Her first novel, “The Secret Diary of Adrian Mole, Aged 13¾,” was published in 1982 and was hailed as a comic masterpiece. Written in the voice of a gauche but observant teenager, it fused the acute awkwardness of adolescence with the zeitgeist of Thatcher-era Britain.

The beleaguered teen bemoaning his dull suburban life and pining for unattainable classmate Pandora struck a chord with millions of readers. “I have never seen a dead body or a female nipple. This is what comes from living in a cul-de-sac,” Adrian lamented early on.

“A lot of the comedy in the book is the comedy of recognition,” Townsend told The Associated Press in 1985. “Mole writes down what he really, really thinks. ”

She said her teenage protagonist “looks at the adult world in cold, stern eyes. He judges them, and they’re often found failing.”

The book was a huge success, selling more than 20 million copies around the world, and Townsend followed Adrian Mole into adulthood in a series of books, several of which were adapted for the stage, radio or television. The most recent, “Adrian Mole: The Prostrate Years,” was published in 2009.

Penguin said a 10th Adrian Mole book — with a working title of “Pandora’s Box” — had been slated for publication later this year. It was unclear how much had been written before Townsend’s death.

Townsend’s work combined satire of social injustices and a strong sense of life’s absurdity with warmth for her characters — a distinctive combination that won her millions of fans.

Another favorite with readers was “The Queen and I,” which envisioned a future in which a republican British government banished the royal family to live among the common people — a situation they coped with surprisingly well.

Tom Weldon, chief executive of Penguin Random House U.K., said Townsend “will be remembered as one in a handful of this country’s great comic writers.”

“She was loved by generations of readers, not only because she made them laugh out loud, but because her view of the world, its inhabitants and their frailties was so generous, life-affirming and unique.”

In later years Townsend, who had diabetes, used a wheelchair and was registered blind. In 2009 she received a transplanted kidney from her son, and she suffered a stroke in 2013.

Townsend is survived by her husband, Colin Broadway, and four children.