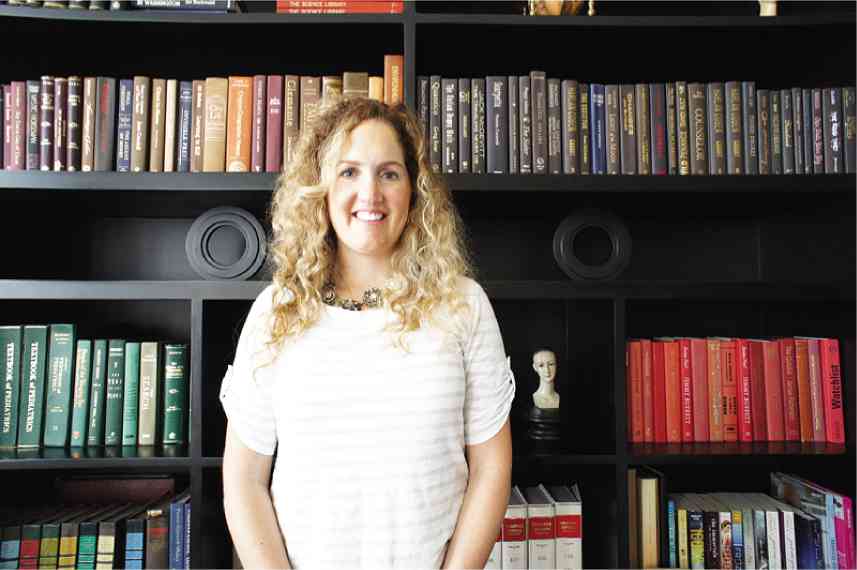 ‘Hush, Hush’ author talks about mangoes and her fans

It’s author Becca Fitzpatrick’s first time in the Philippines and Asia. Becca is the creator of the “Hush, Hush” series, which includes four books detailing the forbidden romance of characters Patch and Nora.

The series has paranormal elements, a battle between good and evil, romance, and death. The series has such a huge following that National Book Store (NBS) invited Becca to visit and meet her fans. She was in NBS Glorietta and Cebu recently to sign books for her faithful readers.

Becca is really excited to be here, not just because she wanted to meet her fans but also due to her love of mangoes. “Mangoes are actually my favorite snack, and I wanted to get some fresh ones, which I have done. I usually buy them dried. You can get fresh mangoes, but I think they come from Mexico or you can get Philippine dried mangoes. Yes they come all that way (to Colorado, where Becca is from).”

Super talked to her about tweeting fans, ending up with a good guy, writing about angels and what she’s working on next.

What made you come here?

National Book Store invited me in February, and I was really excited because my Filipino fans have been asking me to come for years. I jumped on the chance.

Do you find tweeting a chore?

I enjoy it because most of my days are spent writing alone in my office, so it gives me a chance to get out there and talk to other people, find out what’s going on, build relationships. I try to be responsive; obviously I can’t respond to everyone, that would just be impossible.

I have two little boys; I try to get them off to school and then I usually go to my office and try to write for five to six hours. When the boys come home, my day is over at that point. I just spend the day with them.

Did you always want to become a writer?

I did, when I was a little girl. I remember watching the movie “Romancing The Stone,” which was about a romance writer who hunts for treasure and falls in love with a guy who’s tall, dark and handsome. I remember watching that movie and thinking, “Oh, I want that life,” ’cause that’s what I thought romance writers did. But it wasn’t until my 24th birthday that I took writing seriously and that was when my husband signed me up for a writing class, and I started writing “Hush, Hush” in that class.

Where did the idea of Patch and Nora come from?

The first scene I wrote for “Hush, Hush” was a scene where Nora, the main character, is asked by her biology teacher to name the characteristics she wants in a mate, and Patch is her biology partner. I wrote that scene first because I based it on something that had happened to me in high school: My teacher asked me to name characteristics I’d want in a mate, and I sat next to this cute boy. I was kind of exploring scenes from my own past, and that was kind of where Patch and Nora came to be.

The entire “Hush, Hush” series has been optioned by a film company. Will you be involved in the film’s production?

No, I don’t think I’ll be involved. I do hope that I’ll get to visit the set ’cause it would be really fun to see that behind the scenes, a sneak peek. But no,  I wrote the books and I feel like the film people will have their own vision for the movies.

What was it like writing the last page of “Finale”?

It was really emotional. I don’t usually cry while I’m writing but, when a character died, I did cry at that point, which surprised me because I like him as a character. But I don’t think I realized how much I liked him until he was gone. And when I finished the books, it hit me that this is the end and that’s always a bittersweet moment. It’s hard to say goodbye.

You have two upcoming books. What are they about?

For “Black Ice,” the inspiration was my senior year in high school. My family moved to a different state, and we moved to Idaho, and the Teton mountains were just a couple of hours’ drive away. For spring break my family decided that they wanted to go camping up in the Teton mountains. I got sick at the last minute and ended up staying home; on one of the nights I watched a horror movie that was about this man who kidnaps a woman. He abducts her, and he takes her up to his cabin in the woods. He’s gonna keep her there until she falls in love with him, and she tries multiple times to escape and fails, and then she realizes that the only way she’s going to escape is if she pretends to fall in love with him.

Those were the initial seeds that were planted—these ideas of Stockholm syndrome and being up in the Teton mountains, being trapped in a cabin. That’s just pretty normal for me at this point in my storytelling. I like to draw on my past for my books.

Ever mine any experiences with your husband that he was able to tell when he started reading the books?

He always jokes that he’s the inspiration for Patch.

Well, he’s a wonderful guy, but he’s not the inspiration for Patch. I think it’s fun that we always joke around, and my husband will say, “Well, if you need some raw material for your romance scenes I’m happy to volunteer myself.”

What’s the best part about being a writer?

I do like meeting the fans, I like getting pictures with them, I like hearing their stories and what their favorite scene is, who their favorite character is—that’s really rewarding and validating to hear from your readers.

Even with violent reactions?

When people meet me they’re very even, if they’re sad or had problems with the book. They’re thoughtful about it.

Do you have any guilty pleasures?

I do like dancing, and singing in the shower, eating lots of chocolate and spending a lot of time just being with my husband.

If you could have a superpower, what would it be?

Time travel. I think that would be pretty awesome.

Where would you first go?

I would go to the past before I go to the future, maybe the 1920s. I think it would be really fascinating to see what that was like.

What type of reader are you?

I’m usually reading five or six books at a time. I usually have a book in my bedroom, in the car, in the office, and I don’t have any problems keeping track of all the different storylines. I guess I would consider myself a very voracious reader.

What are you reading now?

I am reading one nonfiction book called “Quiet,” about introverts. As an introvert myself, I find that fascinating to read. I’m also reading “Earthbound” by Aprilynne Pike, which is a young adult fantasy novel.

What’s one thing about you that would surprise readers?

In real life I’m not attracted to bad boys. I like sweet, good-hearted men in real life. It’s only in fiction that I’m drawn to dark and mysterious boys.

Why is it that the sweet, nice boys never get the girl?

Well, my husband is a nice, sweet guy and he got the girl. I think in real life good guys win a lot of the time, we just don’t always hear about it. But I think it happens more often than not.

Becca Fitzpatrick’s books are available at National Book Store. Read the eBooks via the Kobo bookstore.