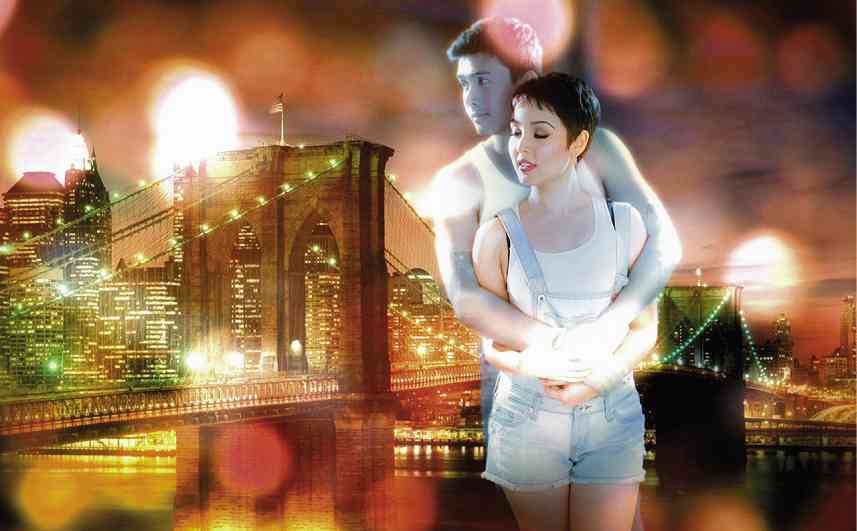 Atlantis Productions and Ten Bridges Media Corp. bring “Ghost The Musical” to Manila from April 25 to May 11, 2014, at the Carlos P. Romulo Auditorium, RCBC Plaza, Makati.

The musical features an original pop score from multiple Grammy Award winners Dave Stewart (one half of the ’80s pop duo the Eurythmics) and Glen Ballard (cowriter with Alanis Morissette on the multi-platinum album “Jagged Little Pill,” among many other notable credits and collaborations).

It is adapted from the hit film by its Academy Award-winning screenwriter Bruce Joel Rubin (“Ghost,” “Jacob’s Ladder,” “The Time Traveler’s Wife”). “Ghost The Musical” follows Sam and Molly, a young couple whose connection takes a shocking turn after Sam’s untimely death. Trapped between two worlds, Sam refuses to leave Molly when he learns she is in grave danger. Desperate to communicate with her, he turns to a storefront psychic who helps him protect Molly and avenge his death.

“Ghost The Musical” has been called “one of the most adventurous and modern musicals ever seen.” (WOR Radio)

Directed by Bobby Garcia, “Ghost The Musical” is presented through a special licensing agreement with Theatrical Rights Worldwide.

This is Atlantis’ first production in partnership with Ten Bridges Media Corp. of Bobby Barreiro and Tony Tuviera. The alliance of Atlantis Productions and Ten Bridges Media brings together experience in theater, television content creation and audience affinity.

“Ghost The Musical” is recommended for ages 13+ (for mild violence, mature themes and dialogue).