Boston after the bombing | Inquirer Lifestyle 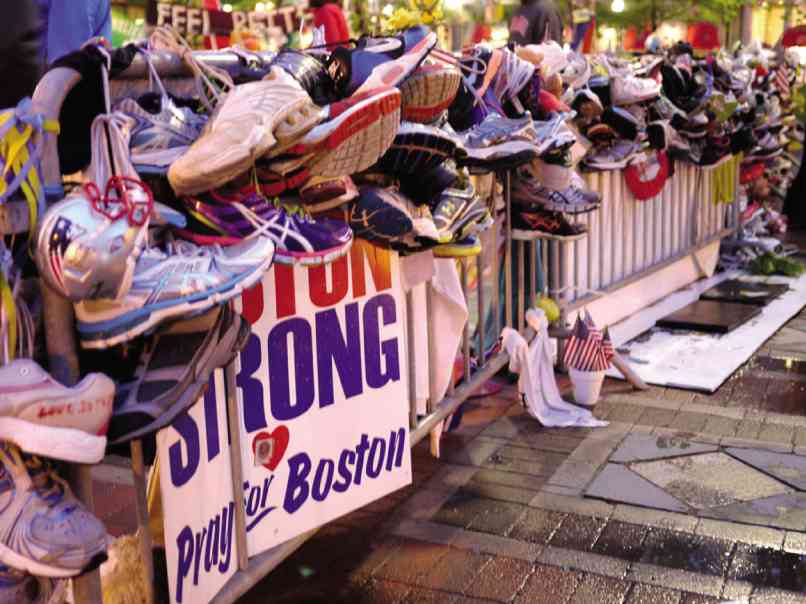 THE BOSTONMarathon memorial at Copley Square; Some of these mementos have been saved and are now on display at the Boston Public Library’s Marathon Memorial Exhibit. PHOTOS BY JILL LEJANO

Boston after the bombing

It was the sign that first caught our attention:

Last Seen At The Public Garden Near Newbury Street

There were gnomes outside The Fairy Shop and a teeny tiny door that no human could walk through—it was meant only for magical creatures. We had no information about the missing unicorn but we decided to go inside anyway. Inside, we found trinkets from Alice in Wonderland and Harry Potter’s world, enchanted jewelry, mermaids, wish tickets, gnome memorabilia, good-luck toads and what the shop calls “the world’s softest unicorns”—a favorite of Suri Cruise.

The shop owner, a man called Michael, was busy with customers—a mother and her little girl. The girl was buying fairy dust. Apparently, her supply had run out. Michael spoke about fairies as the little girl nodded along, wide-eyed. That’s great, I thought, he really stays in character for the kids.

But it wasn’t just for the kids.

We decided to buy one of the unicorns as pasalubong for a My Little Pony-obsessed niece. Michael wrapped our purchase, popping the unicorn’s head out of the bag so “she can see where she’s going.” He also sprinkled the bag with fairy dust because he knew we were taking the unicorn with us on the flight back to Manila. “It helps with her motion sickness,” he said. 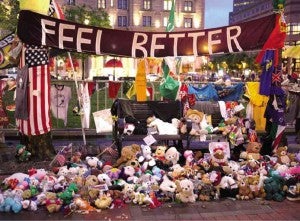 We spent precious minutes with Michael in his store, talking about vintage shirts and the beaches of the Philippines. “That’s wonderful,” “that’s marvelous,” he kept saying. We felt like we were six and we were talking to Willy Wonka’s brother. We walked out of the store with crazy grins on our faces, fairy dust-covered unicorn in tow.

The Fairy Shop was a strange and magical place, so magical that we almost forgot we were in a city that was still reeling from a terrorist attack that happened just weeks before.

We had made plans to go to Boston weeks before the bombing and were still in Manila when the news broke. We stared at our TV screens slack-jawed.

Six weeks later, after taking the train from New York and driving from New Jersey, we found ourselves in Boston for Memorial Day weekend.

One of the Tsarnaev brothers had died in a shoot-out with law enforcement four days after the bombing and the other had been caught but not before adding another victim to their list—Massachusetts Institute of Technology (MIT) officer Sean Collier. Victims were still in hospitals all over the city and every time we drove by one, I said a prayer for them.  Boylston Street, the site of the bombing, had reopened. The sidewalk had been repaired and shattered store widows had been replaced. There was little sign of the blasts, but the city was still healing. 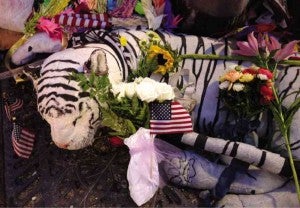 Boston Strong signs hung from buildings and store windows. The impromptu memorial in Copley Square was an unforgettable sight. There were running shoes, teddy bears, shirts, flags, flowers, rosaries, marathon bibs, ribbons, homemade cards, letters and posters. “Feel better,” a banner read. “Pray for Boston,” was on a poster. Witnessing the overwhelming love, strength, goodness and hope amid the heartbreak was a powerful experience.

Bostonians, strong as ever, had taken back their town.

We were staying in a hotel in Cambridge, near MIT, just across the bridge from Boston. That weekend, it felt like all we did was eat our way around Cambridge and Boston.

On the day we arrived, I walked up to the hotel concierge and asked them to recommend a good brunch place. “The Friendly Toast,” he said with confidence.

The Friendly Toast turned out to be such a popular place that it took us two days and three attempts before we finally managed to get a table. It was a long wait but it was worth it.

We ordered burgers, waffles and the breakfast burrito. The food was good—in fact, the restaurant has made appearances on TV shows like Man Vs. Food. But our apologetic waitress wasn’t happy with the speed of their service that day.  “I’m sorry, you guys, we’re usually not this slow. But don’t worry, we won’t be charging you.”

They were slower than usual so they gave us our meal for free. We insisted on paying but our waitress would have none of it. We left her a hefty tip.

On the way back from The Friendly Toast, we stumbled across the Dante Alighieri Italian Cultural Center. I completely geeked out in front of Dante’s statue. Inferno was my favorite book in high school—probably the only school-assigned read that didn’t feel like a chore. Dante is a rock star for me.

We needed to visit Faneuil Hall Marketplace, we were told. When we went, it was packed with people and there was stall after stall of pasta, chocolate truffles, ice cream, sandwiches, rice meals. I ordered a lobster roll and a clam chowder and scarfed it down at a busy table shared with a friendly Hawaiian family that had relocated to Boston.

Quincy Market was a great place for finding funny Boston souvenirs. There were shelves packed with jars of candy with the label Boston Crab Poop. The “Got Crabs?” mug made me laugh.

Another sign in another part of Boston made me laugh: “We have beer colder than your ex’s heart,” announced one bar on Newbury Street. It made me want to grab a bottle even though it was just two in the afternoon.

That night, we drove to a grassy spot that had a great view of the Zakim Bridge and there we met an understandably suspicious security guard. “We’re just here to take photos,” we told him. He insisted that the car be parked far away.

On Sunday, we visited Little Italy at Boston’s North End. A ton of other people had the same idea because the place was packed and it took us 30 minutes to find a parking space. 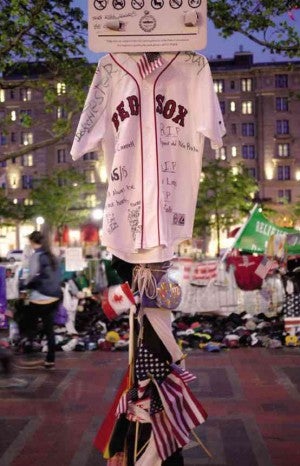 We picked a random Italian restaurant. That wasn’t the highlight anyway—we were really there for the cannolis. The Sicilian pastries on Hanover Street are incredibly popular. The debate over which place serves better cannolis is ongoing—is it Mike’s Pastry or Modern Pastry? There were lines outside both places—with locals favoring Modern and Mike’s being a tourist favorite. We were tourists and we weren’t ashamed of it—we lined up at Mike’s, ordered our cannolis (pistachio and choco chip) and a Boston Cream Pie. We ate them while standing outside the store, plastic forks in our hands. And because we had some left over, I spent the rest of the day lugging around that Mike’s Pastry box.

It was a conversation starter. All day long, people with all kinds of accents kept stopping me to ask where Mike’s Pastry was. I felt like a walking advertisement.

Nikki, a friend who studied in Boston, had asked us to buy tea from Tealuxe but we found out—after walking for blocks—that the Newbury Street branch had closed. But we got lucky when we visited Harvard—they had a branch at Harvard Square. Nikki wanted the Lady Hannah tea (blackberries, apples, strawberries, raspberries,  brambleberries, hibiscus, rosehip, papaya and pineapples). I’m not really a tea fan but the Lady London tea (black tea with strawberries) smelled so good that I decided to order a cup. We brought home an assortment of Tealuxe tea leaves for other tea-loving friends and they were a huge hit.

That night, urged by friends, we drove by the Cheers bar but then found a bar of our own—Bar Lola, where no one knew our name.  We had ravioli, calamari, gambas al ajillo, jamon Serrano and Manchego cheese and washed them down with beer and cocktails, raising our glasses and bottles to friendship, love, travel and the spirit of a beautiful city that shone even after the most senseless and violent of acts.