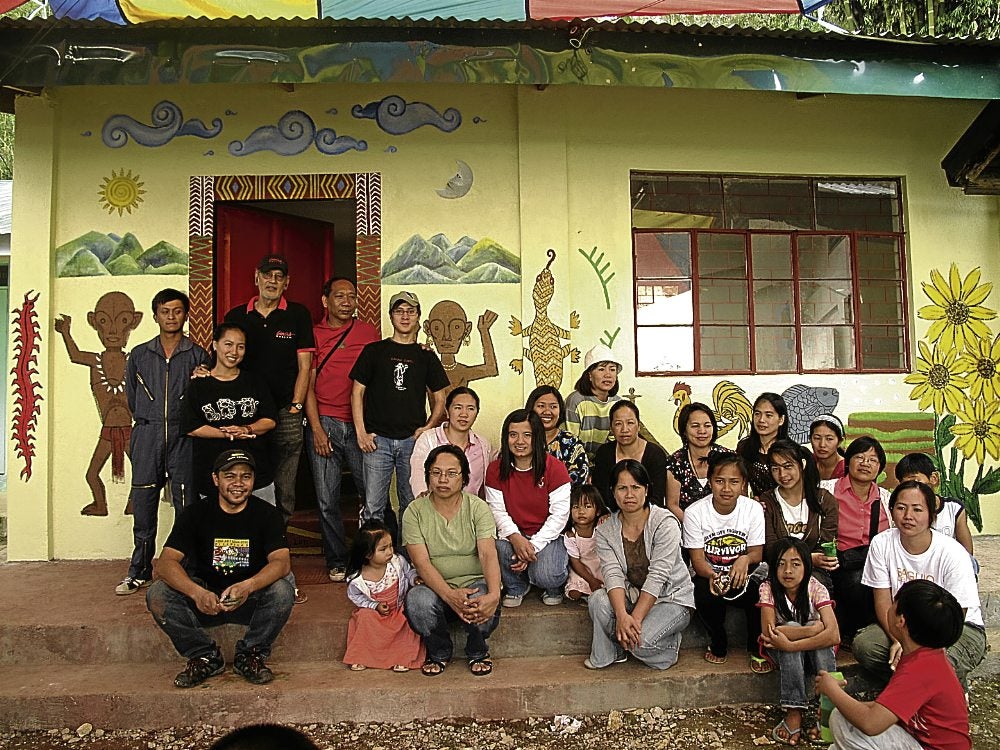 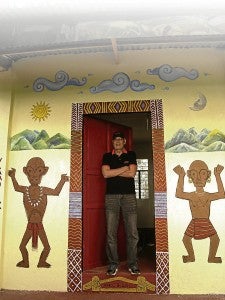 In the two years since the BenCab Museum opened its doors in February 2009, it has become one of the art and culture destinations in Metro Baguio.

The exhibits—the bulk of which consists of the works of the National Artist, as well as his personal collection of paintings and sculptures, bululs (rice gods), lime containers, hagabi, carved furniture and other Cordillera artifacts—draw tens of thousands of visitors every year.

The museum has also become a center for seminars on various aspects of art and culture. Reservations for private parties, weddings and other events are accepted.

True to its objective of providing assistance to the local community, the BenCab Art Foundation (which manages the museum) participates in activities that benefit its neighbors, such as the recent building of a classroom at Gilbert Semon Elementary School. Funded by part of the proceeds of BenCab’s “Draped Figures” exhibit held in April 2010, the classroom was built in March this year.

But a school built by an artist is not complete without art. And so, when word got around that the National Artist has donated a freestanding classroom, his friends started to send their own contributions.

Rico Hizon talked to his contact, Johnson Ongking, VP of Pacific Paint Philippines (maker of Boysen paints), who provided the paint. Another good friend, who owns a large hardware, gave paintbrushes, thinner and other materials.

Mariwasa donated tiles that will be used to refurbish the existing school toilets. Other friends have sent materials which will be given to the school and its students in the coming months. 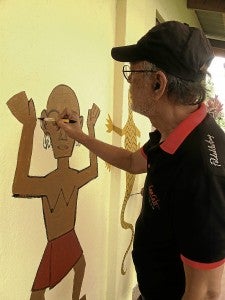 The artist suggested that the school, being the recipient, should also participate in the project through some form of “sweat equity.” So some 20 alumni, students and teachers joined BenCab, artists Aman Santos (from Manila), Rishab Tibon and Leonard Aguinaldo (from Baguio), and museum staff members Tanley and Ryan in painting the classroom on the artist’s birthday last April.

The façade was painted with Cordillera elements, with the artists drawing the outlines that were filled in by the students and teachers.

Leonard drew a representation of the planets on one wall upon the request of the teachers. The opposite wall was painted by the students and teachers with a scene showing how to cross the street properly—a reminder to all pupils who walk long stretches of mountain roads and paths to get to school.

After painting, the participants shared a simple repast of tinola, Baguio beans and fresh mango, prepared by the students and teachers, which complemented the burgers, fruit pies and cake brought by the artists—both to celebrate BenCab’s birthday, and the completion of a lasting and meaningful gift to the community.

Gilbert Semon donated the land on which the school stands. Little is known of this generous gentleman, but the school, which serves 250 pupils attending kindergarten to Grade 6 classes, is a testament to his vision and desire for the education of young people.

BenCab and his friends are helping make this vision a reality by creating a clean and orderly environment suitable for growth and learning.