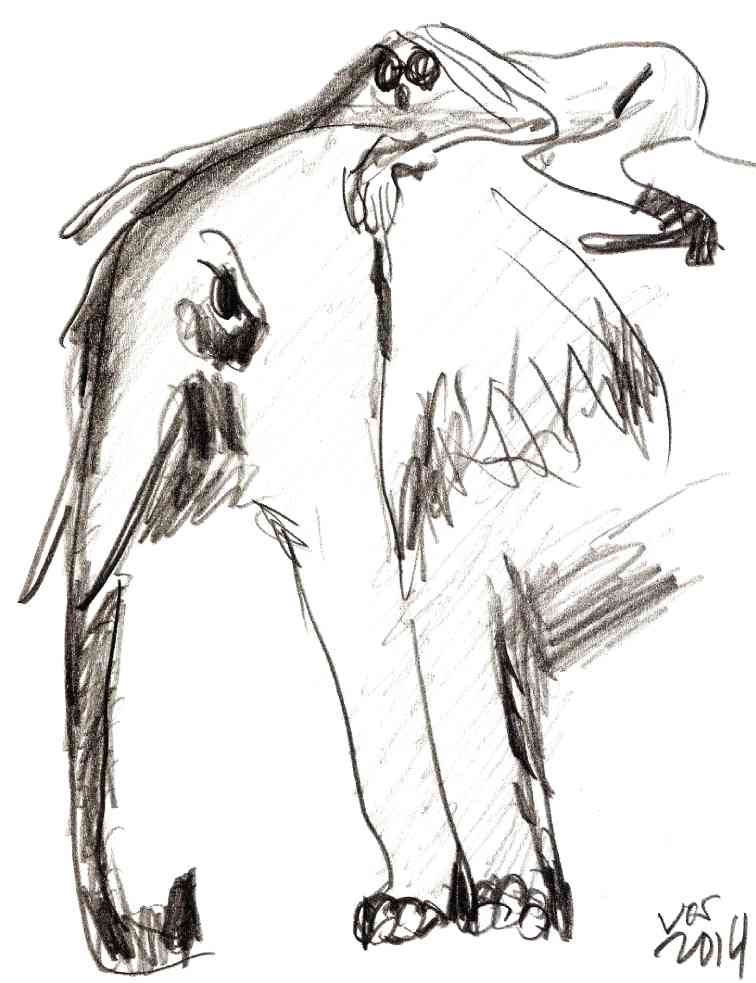 Having just turned 80, Gloria Steinem, the name and face of women’s liberation and feminism from the ’60s, is asked if she had any regrets. “Well,” she replies, “actually, it’s not so much what I would have done differently; it’s that I would have done it much faster.”

It’s difficult indeed to imagine someone like Steinem wishing yet to have speeded things up—someone who, says New York Times columnist Gail Collins, “has never taken up sports [and] gets her exercise running around airports and cities” attending book tours and fund-raisings.

Of course, Steinem may well be alluding to a book—precisely about her life on the road; she has been at work for more than a decade now, a project stalled, she says, by “writer’s block.” Normally, 80 would seem a far advanced age as it is to start slowing down. Well, Steinem plans yet to “ride elephants.”

Six years younger myself, I don’t think at all of anything to regret, much less elephants to ride. In fact, the older I get, the more convinced I feel that things happen as they should, perfectly timed and for the best. I think what we see as delays are mere distortions of perspective caused by our own impatience.

I do feel an initial irritation at them myself, but I recover quickly. Besides, it seems to me that older people regret not so much what they did as what they did not do. But again, advancing age could, understandably, set one off on a flurry of bucket activities.

The great crime against life is inaction, it would seem, for inaction is the precise opposite of life. In fact, Vergel and I are right now living that philosophy in what is clearly to us a good fight, going to court for redress of injustices, done on our person and property in one case and on loved ones in another.

We prefer action to idle worry. We do what we must, convinced that action is all that is expected of us and that the outcome is out of our hands.

We do feel we have reached that moment in life at which we can say in all honesty, in exaltation of age, and with a sense of identification with Steinem when she says, “I don’t want anything I don’t have.” But for what we have and rightfully own and for what we are, we shall fight.

I’ve read somewhere that if one piled one’s troubles on a table to compare them with those of others, one would quickly grab back one’s own. That I believe: We’re all better off as we are, however challenged we may be.

All philosophies warn us against worrying at any age. A teacher of mine looks at worrying as an insult to God, as though accusing Him of sleeping on the job.

St. Padre Pio has the same perspective: Anxiety, worry and fear are all enemies of inner peace, and all reflect a lack of trust in God.

The least of our worries is our looks, but we tend to give them the most attention and care, because, simply, doing so makes us feel good about ourselves. But what’s wrong, really, with looking 70 at age 70 and looking 80 at 80?

The columnist Gail Collins tells us, “Steinem herself likes to recall a friend telling her that someone had said, ‘I saw Gloria Steinem the other day and she looked terrible.’ But this is what Steinem looks like at 80 and, if you think about it, then she looked great.”

Someone else came to her defense even if she hardly needed it, says Collins, noting, “Her famous hair is colored, but otherwise there’s been no outside intervention.”

Indeed, not having had any repair done could prove just as disastrous as having had some repair done—good if there’s still hair to color.

Many years after his retirement, a debonair English actor himself wasn’t spared a rude reminder of having aged—as though it were a crime—when he was asked, “Weren’t you David Niven?”

“To be recognizable matters,” says Steinem, “but it’s not the same as being responsible for something.”

People still look to Steinem for what it feels like at every milestone of life, to be sure, and now ask her for her own plans for her ninth decade. She replies: “We’re all accustomed to narratives; we expect there’s going to be a conclusion, or explanation, or answer to the secret. And probably the answer is, there isn’t.”

Well, me, I’m putting good money on God or Nature or whatever you like to call the Great Orchestrator of Life, Whom I’ve learned to trust just by looking at His track record; He Who, I’m sure, will come up with something more wonderful yet to cap this great life.