THE NEW film of Randall Wallace (“Braveheart” writer) is about the near-death experience of 4-year-old Colton, son of a Nebraska pastor-fireman (played by Greg Kinnear).

‘Heaven is for Real’: Nonfiction book on life after death reaches screen 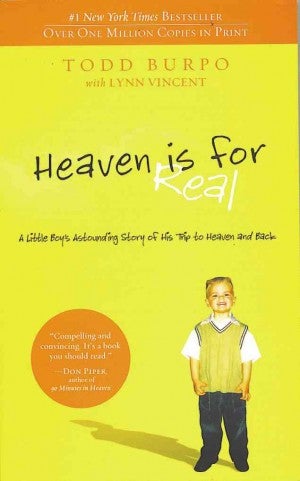 Colton, a 4-year-old child, claims to have met his sister who died during a miscarriage and his great-grandfather who died 30 years before he was born. Just when Colton begins to share his near-death experience with others, this starts to raise the eyebrows of the townspeople.

Although religious, Todd finds it hard to believe in his son’s account of his experience in heaven, until Colton innocently tells them details of things he can’t possibly know. Todd then finds himself colliding against a wall of mystery and doubt, until he breaks through to rediscover hope, wonder and the strength of purpose.

This is the story of director Randall Wallace’s new film “Heaven is for Real,” based on the  New York Times best-selling nonfiction book “Heaven is for Real: A Little Boy’s Astounding Story of His Trip to Heaven and Back,” written by Todd Burpo and Lynn Vincent.

The film stars Oscar nominee Greg Kinnear as Todd Burpo, a small-town businessman, volunteer firefighter and pastor struggling to make ends meet in a tough year for his family. Newcomer Connor Corum plays the oracular Colton, and Kelly Reilly as the wife and mother, Sonja.

In 2010, a book by an unknown author, which reached curious readers entirely by word-of-mouth, unexpectedly hit the vaunted top position of the New York Times bestseller list.  This was Burpo and Vincent’s Christian book, “Heaven Is For Real,” which  would go on to sell millions of copies with over 10 million in print worldwide. It has been translated into 35 languages.

The soaring journey of the book began with a parent’s worst nightmare:  A sick little boy whom doctors said was unlikely to survive.  But just when the doctors had given up hope, Colton, by divine miracle, came through his sickness.  After he recovered, he began to tell an incredible story about his journey to heaven, and how he had been shown a realm of indescribable beauty and supreme peace, even meeting deceased relatives he had never known personally.

At first, the Burpos were unsure what to make of their son’s revelations.  His childlike innocence made it hard for them to think the stories he told were all true.  But even though they were already people of faith, they were suddenly confronted with questions they had never really considered.

It was this part of Todd Burpo’s journey—through a storm of doubt and into standing up for his son and his own hard-won convictions—that ultimately gave answers to eluding questions about life, death, and even confounding issues such as religious beliefs.

This is primarily what caught the attention of the film’s producers to adapt this book into a movie.

“This story gets into some fascinating topics,” said Wallace. “The question of what happens when we die is certainly a question that everyone in life ultimately asks themselves. But the Burpos’ story also gets to some other really important questions: What makes us feel alive right now? What is the source of faith? What motivates us? What is the instrument of change in our lives?  What makes us stop fearing and start moving forward in our lives with belief and confidence? What I liked about this story is that it pertains to all of that.”

Joe Roth, the film’s producer, was careful that the film was faithful to the script and made sure that it completely captured Colton’s point-of view.

“Todd [Burpo] was very clear with me that he didn’t want to be in a situation where Colton could come to him after seeing the film and say, ‘Dad, I didn’t say that,’” Roth said. “So we have been vigilant in maintaining the specifics of Colton’s words.”

For Wallace, the bottom line was presenting the Burpos’ story in an authentic, compelling way, and leaving the rest open to personal contemplation and community conversation in the aftermath.

“What I think will draw people to ‘Heaven Is For Real’ is the idea that they’re going to be captivated by a story.  People want to be moved, they want to be grabbed, and they want to be spoken to from the heart,” he said.

Distributed by Columbia Pictures, “Heaven is for Real” opens across the Philippines on Black Saturday, April 19.