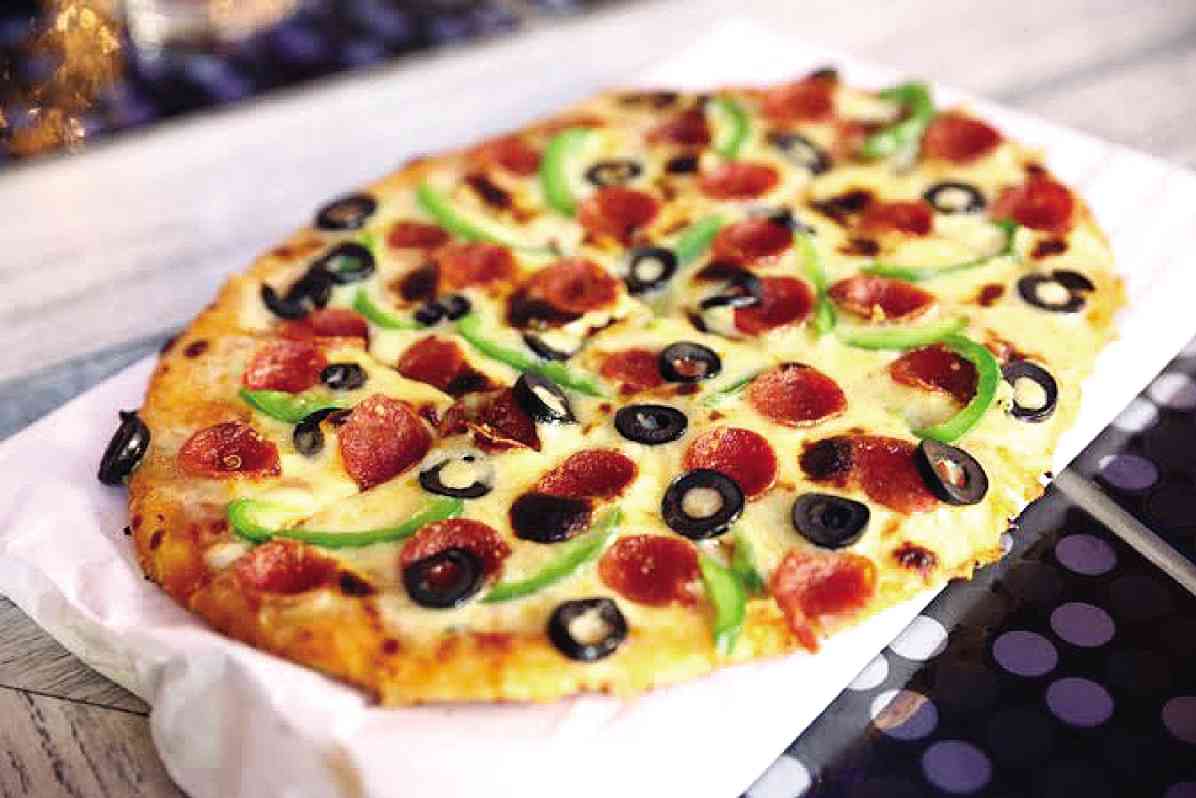 The idea to put up Sauceria in Upper McKinley Hill, BGC, came to owner Earl Palma when he realized there are only so many ways to

“It really depends on what you add to them—the sauces, condiments, vegetables and garnishes. With this basic knowledge, one can then proceed to cook anything. Moreover, one can cook healthier food by keeping their natural flavors and limiting the amounts of salt, sugar and fat added,” he said.

This approach to cooking has won Sauceria its share of converts, but most people usually eat out because they want to be waited on or because they crave for something rich, tasty and often fattening.

Palma also talked at length about the science behind food and flavor profiling. He believes that quality food starts with the freshest ingredients that were locally farmed, have a low carbon footprint and minimal pesticide content.

The best flavors come only from the most natural sources. With sauces made from scratch, homegrown herbs and artisanal breads baked to perfection, you can be assured that every bite gives you a nutritious and satisfying kick.

As everything from Sauceria is almost, if not always, made fresh daily from readily available ingredients, it is not limited to a rigid commercial production line. This allows diners to enjoy hundreds of choices from all over the world which are healthy, delicious and cooked the Sauceria way.

When it was pointed out that first-timers will continue to patronize a restaurant because they like the food and not really care much about the backstory, Palma let his dishes speak for themselves.

We sampled the brewed iced tea and pepperoni pizza that was generally okay. Palma then let us taste the homemade yogurt that is fermented for two days instead of a few hours. The result is yogurt with a thicker consistency, almost like Greek yogurt.

“When you read the labels of commercial yogurt, they contain so many preservatives while the ingredient that makes it a health food—live lactobacilli—is almost at the end of the list. Knowing that, we decided to make our own yogurt,” Palma said.

He added that when he sees how much ingredients goes into a certain dish, Sauceria just makes its own. The list of made-at-home items now includes bread, soup stock and sour cream.

This organic way of doing things is why the restaurant has an eclectic range of items on the menu such as pizzas, sandwiches, rice meals, curries, rice cakes and ramen.

“People might find the presence of ramen on the menu odd, but it shouldn’t be because I’m part Japanese,” Palma said. “Who knows, we might not be here next year, but I’d like to think the journey toward healthier food should be as enjoyable as the destination.”