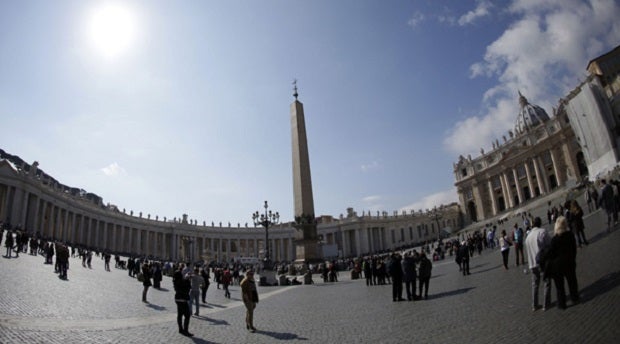 VATICAN CITY—The Catholic Church makes saints to give the faithful role models. The process is cloaked in secrecy and open to criticism, given that it deals with science-defying miracles and notoriously politicized choices.

“Saintliness is part of the Church’s DNA,” the Vatican’s current chief saint-maker, Cardinal Angelo Amato, wrote. “Through the centuries, saints have been the spiritual doorway through which humanity is directed toward God.”

Some of his big-name saints: Edith Stein, a Jewish-born Carmelite nun who was killed at Auschwitz and Maximilian Kolbe, a Polish Franciscan friar who sacrificed his life at the death camp so that a man with a family could live.

Benedict continued the process albeit at a slower clip—44 saints under his watch—and only presided over canonizations, not beatifications. He made one exception for Cardinal John Henry Newman. Benedict beatified the 19th-century Anglican convert to Catholicism during a 2010 trip to Britain.

Francis technically overtook John Paul’s record within two months as Pope: In May 2013, he canonized more than 800 15th-century martyrs, the “Martyrs of Otranto,” who were beheaded for refusing to convert to Islam.

The almost assembly-line approval of saints that started during John Paul’s papacy raised questions that have been reignited with his own record-fast canonization.

In his book “Making Saints,” Newsweek magazine’s longtime religion editor Kenneth Woodward argued that the important checks and balances in the saint-making process had been eliminated with the abolition of the “devil’s advocate”—whose job was to challenge the postulator and find the holes in his case.

Woodward complained that could result in the process being manipulated and an unworthy candidate canonized.

Proponents of the current process insist that the checks and balances are in place with the “relator” or judge who reviews the case.

While few question that John Paul was saintly in many ways, his record-fast canonization has ruffled feathers even inside the Vatican, particularly given the stain on his legacy of having reigned while the sexual abuse scandal festered.

Popes push the sainthood cases they like, ignore the ones they don’t and delay those that are politically inopportune.

Look at Oscar Romero, the Salvadoran priest gunned down as he celebrated Mass, a martyr for sure—but his case languished under two papacies that were hostile to liberation theology. AP

24 heads of state in Rome for rites

Filipinos open their homes to compatriots