Two Ferdinands and my tale of resurrection | Lifestyle.INQ ❮ ❯ 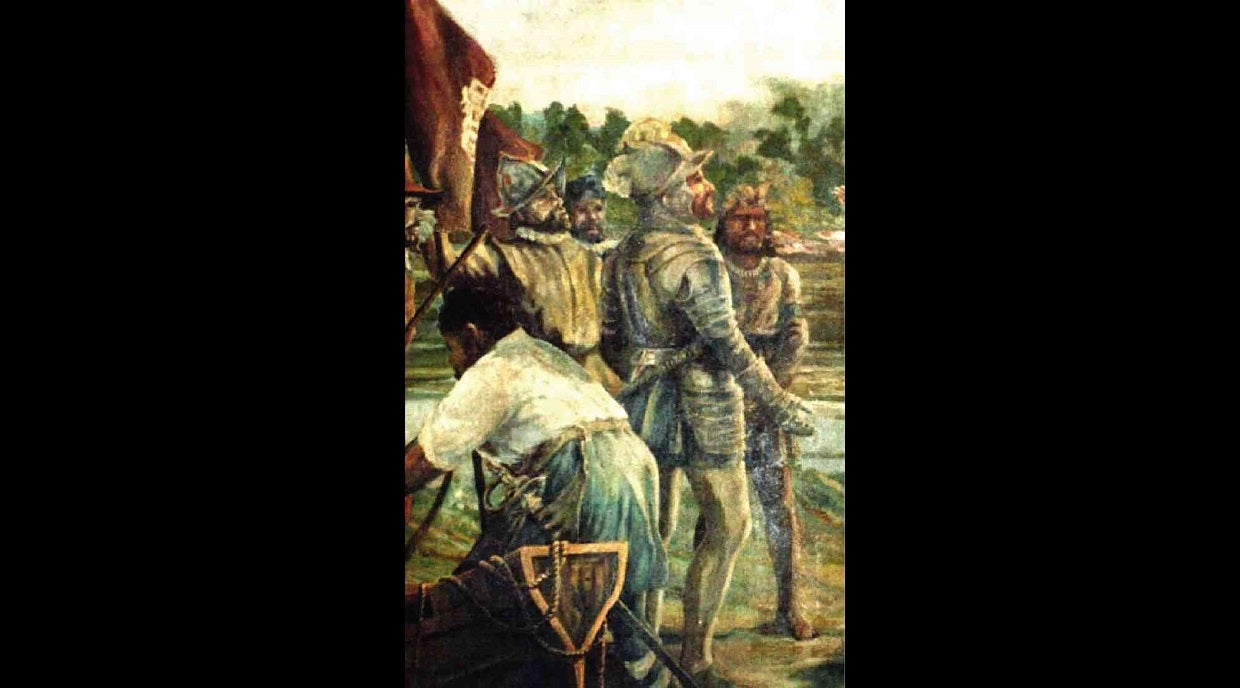 Two Ferdinands and my tale of resurrection

Your mantra for the week: “God is my supply and the source of my unlimited abundance.”

The word “Christ” was not Jesus’ surname. He was Jesus of Nazareth, who was given the title of Christ when he discovered the Kingdom of Heaven was within and began to preach the Truth about life and man.

The title Christ means “the anointed one.” To be anointed, one needs to use oil because in ancient times, it was used for lighting lamps and that became a symbol for enlightenment.

Thus, Jesus, like Buddha, can also be called the enlightened one. When one is enlightened, one can be said to have become aware of the Christ within or the God within as you will, or better still, your God-nature.

When you allow your body to relax and allow your mind to let go of all things that have been bothering you, you experience a change in consciousness. There is a shift from your so-called human nature to your God-nature.

Others refer to these as your lower-self and Higher-Self. In metaphysics, we call this a Resurrection—and herein lies the importance of practicing meditation and contemplation.

The Christ within each of us lies dormant until we shift our consciousness from our lower-nature to our Higher Nature. This can be likened to electricity, which is everywhere but cannot be experienced in the third dimension where we now live and have our being until the switch is turned on or you plug into it.

Through meditation and contemplation we allow the Christ within to rise, and we are then able to resurrect ourselves from disease to wholeness, from lack and limitation to abundance.

It also enables us to lift our lives from frustration to elation, from disharmony to all-around harmony. Furthermore we can move from repression to expression, from disappointment to blissful excitement, and from failure to success after success.

Most important, in our daily living we can transform ill-will to goodwill, and resentment to forgiveness.

Any day can be your day of resurrection. The moment you have sought “ye first the kingdom of heaven, all things shall be added unto you.” Once you have found that Kingdom, you will discover your own Godhood, and in discovering this Godhood realize the power that your thoughts and feelings have, and through them, you, too, become the Christ.

Four hundred ninety-three years ago today, Ferdinand Magellan was slain by the ruler of Mactan, Lapu-Lapu, 42 days after the Portuguese explorer landed on the island of Homonhon on March 17, 1521. Those were the days when people in our country immediately resisted any force that threatened their freedom and independence.

Things changed with the introduction of Christianity. We became more docile and submissive. It took us three and a half centuries to gain our freedom from the conquistadores.

In the 20th century, another Ferdinand made history by declaring martial law with a single stroke of his pen, truly mightier than a sword. He, too, was “slain,” in a manner of speaking, not by one man but by a collective force called People Power.

This time, with a more mature and aware populace, it took only 21 years to get rid of this Ilokano conquistador Ferdinand. This resulted in his earning a place in the Guinness Book of Records as “the biggest thief in history” with a $34-billion largesse in his super-gigantic pouch.

Before Ferdinand’s becoming a dictator, a list of 10,000 people was being prepared to be arrested at the appointed time. The Conde de Makati was one of them. However, the authorities did not know who the Conde was, and it was only two weeks later that the Metrocom dropped by for a friendly visit to ask him for “tea” at Camp Crame.

The tête-à-tête was brief and to the point; only one question was asked, “Are you the Conde de Makati?”

The Conde had to say yes because his editor, Luis Mauricio, was already enjoying the Metrocom’s most exquisite hospitality.

By the way, our arrest papers were signed by then National Defense Secretary Juan Ponce Enrile, who is now accused of plunder by the Department of Justice.

On the 5th of October, my surrealistic days began in the “Crame Hilton” (or crummy Hilton which was actually the gym in Camp Crame). In this “hotel,” 84 guests were checked in to enjoy sharing three toilets without water during the day.

While this was happening, the Daily Express (the one and only recognized newspaper at that time) would proudly banner that all guests in the hotel were treated like royalty. I guess my being Conde was used as a point of reference.

Among the guests were 22 people from the Philippine media like the bombastic Louie Beltran, to whom I owe a debt of gratitude for having threatened to go on hunger strike with the rest of the media personalities—if the authorities did not bring me back from the stockade where they deposited me so expeditiously and quietly, courtesy of the people in the Palace.

Because of Louie’s threat, I spent only a day in that four-square-meter room with the so-called “most dangerous man in the country,” the asthmatic Commander Sumulong and the two students who had been residents of the place for two years.

The room had a 1 x 6-ft window, with very little sunlight coming through. It had a toilet, and a wash basin where the prisoners did their laundry. One of the students said, “After we wash our clothes, we wash them over again just to keep sane.”

There were no visitors allowed, no books to read, no cigarettes to smoke, just themselves and monitors in four corners of the cubicle (no CCTV at the time.) But that did not stop them from cursing the Marcoses, et al.

When they recognized me through my appearances on “Two for the Road,” they truly felt that if I could be arrested, they were doomed for the gallows. Before I was transferred back to the Crame Hilton, I secretly left them my ream of cigarettes, my scrabble set and all the books I brought with me. For them it was like manna from heaven.

Also from the media was the courageous Amelita Reysio-Cruz, my partner-in-crime in the Dovie Beams exposé. It was she who spearheaded the press conference for Dovie, while I took charge of the “Pamulinawen” sexual operetta with you-know-who and Dovie.

The No. 1 joke in the Hilton was that when the Metrocom knocked at Amelita’s door, she asked, “Who’s knocking please,” and the answer was, “You know whooo.”

Likewise among the Crame guests were novelist-writer Celso Carunungan (“Ang Satanas sa Lupa”); the indomitable Amando Doronila who used to express his disgust and anger by playing badminton and hitting the shuttlecock with all his might (he ruined many shuttlecocks); the articulate and amiable Johnny Mercado; and 18 others.

There was Gov. Bren Guiao, who just happened to be one of Ninoy Aquino’s best friends; industrialist Joe Concepcion, who, one evening, fell off his bed while dreaming that we were sleeping on electric beds and the switches were about to be turned on (we used to tease him to “air-condition” the whole premises with Carrier); and Tito Guingona, who later on became Vice President appointee of President Gloria Macapagal-Arroyo.

There were also student activists Nelin Sta. Romana and Jerry Barican, who was my partner for toilet maintenance, with my mother supplying all the cleaning materials.

At Christmastime we were both awarded the TOYD (Ten Outstanding Young Detainees) trophies, which were porcelain toilet figurines.

What saved us from sure doom was a gentleman called Martin Ennals of Amnesty International, who constantly reminded the Marcos dictatorship of concern for our safety.

I was released after 93 days, 22 hours and 45 minutes, on New Year’s Day at 7 p.m., but had to report to the administration of the hotel three times a week for seven years.

I was also barred from writing for any publication or appearing on television programs, and should not leave the Metro Manila area without written permission. It was a long respite from the social scene. In one of Maurice Arcache’s columns, where he identified who were in and who were out, I was described as totally OUT.

Speaking of resurrections, I really love this one.