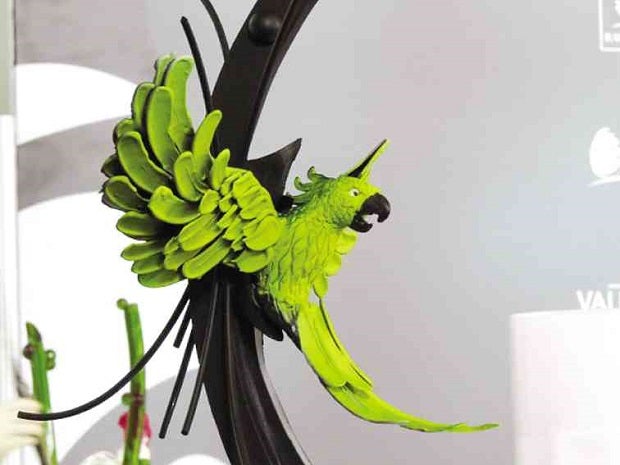 PH makes it to World Pastry Cup in 2015–a first

The Pastry Alliance of the Philippines (PAP) recently brought pride and honor to the country after qualifying—for the first time—for the World Pastry Cup in Lyon, France, touted as the Olympics of pastry professionals.

The unprecedented feat came after PAP won in the recent Asian Pastry Cup held at the Food and Hotel Asia Expo in Singapore. APC has been acclaimed as a major platform for brilliant pastry chefs in Asia, and functions as the official contest to preselect Asian teams to compete at Coupe du Monde de Patisserie (World Pastry Cup).

Of the eight competing teams, five were chosen, including Malaysia, Singapore, Australia, China and the Philippines.

The team of Rizalino Mañas and Bryan Dimayuga, with coach chef Romain Renard—all from Makati Shangri-La hotel and all chef members of PAP—brought the house down with their four pastry masterpieces, all done in eight hours and in front of a live audience: two classic chocolate cake desserts, 18 plated desserts, a chocolate showpiece and a sugar showpiece.

“Everything was done from scratch,” says chef Penk Ching of the PAP support team. “They all started working at 6:45 a.m. There was no lunch break, but we were able to finish on time.”

For the chocolate showpiece, dubbed “Arctic Tern,” Mañas and Dimayuga crafted a big, striking yellow-green parrot affixed to a slim “abstract” trunk. The stunning creation was made of Valrhona chocolate.

The sugar showpiece, called Calypso, was a colorful, underwater-inspired handiwork accentuated with shells and a stylized mermaid complete with fish tail.

“Their works were very clean, fresh and impressive,” says chef Jackie Ang-Po of the PAP support team. “They were assessed based on their professional skills. Yet, apart from the level of difficulty the team showed, the judges gave a big point to the taste and flavor of their plated desserts.”

Ang-Po says that Mañas and Dimayuga worked doubly hard for the honor. They got to practice only during their days off or after their working hours from the hotel. But they were so dedicated that they hardly slept before the competition, redoing and retouching their works.

“We were just so happy to finally be part of an international pastry competition,” adds Ang-Po. “This will be a first for the Philippines. We know we will be faced with tougher competitors like the United States and France, but we will do our best. We are doing this for our country.”

Mañas and Dimayuga will compete at the World Pastry Cup in January 2015.