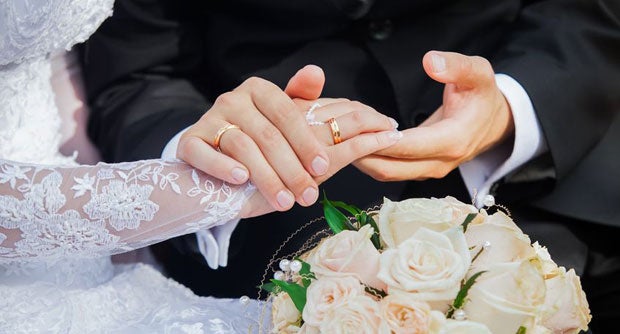 MANILA, Philippines—Out of signt, out of mind, out of love?

A five-year separation between a husband and a wife should be enough grounds for a court to annul their union, according to a bill authored by Albay Rep. Al Francis Bichara.

The lawmaker said at least five years of actual separation should be valid grounds for an annulment, as it would render a couple estranged enough to belie any chances of a reconciliation.

During that period, they would have adjusted and moved on with their new lives, Bichara said.

“Thus, they should be granted the best relief they can have—annulment. This way they can go on their separate ways peacefully as no other reason is needed to justify the annulment,” he said in the explanatory note to his bill.

Bichara also said the measure, which seeks to amend the Family Code, would allow a marriage annulment to be a less messy affair, without the need to dredge up any dirt on the spouses involved.

“Without dwelling on the deeper reasons behind the separation, this bill offers a remedy without opening a Pandora’s box or a can of worms that are usually present during annulment proceedings,” he said.

With the simple grounds of a five-year separation as a valid reason, seeking an annulment of a marriage from the court would also be faster, simpler and less expensive, Bichara said.

He said that in this case, the court would not need to investigate or prove collusion between the parties, unlike under the other grounds for annulment, because they would just have to show they had been separated for five years. This could be done through affidavits from their relatives, he said.

Prolonged litigation just extends the agony of both parties who want their legal ties severed so that they could start a new life, he added.

Bichara said children born to unions where one or both parties had a previous marriage would also benefit from this bill. With faster annulment proceedings available, the children’s parents could marry and legitimize the children’s status, he said.

Bichara’s bill also seeks to make it easier for indigent couples to seek an annulment, which is usually a costly proceeding.

He said underprivileged couples who could not afford to hire lawyers should be able to seek annulment even without legal counsel.

Under the Family Code, marriages could be annulled if either spouse is of unsound mind; if the consent of either party to the marriage was obtained by fraud or force, intimidation or undue influence; if either spouse was physically incapable of consummating the marriage with each other, and if this appears to be incurable; if either party is afflicted with a serious and incurable sexually transmissible disease; and if one of the parties was over 18 years old but below 21, and the marriage was solemnized without the parents’ consent.

Annulment cases filed with Church up in cities, down overall nationwide, says bishop

Re-marrying without prior annulment, a word of caution