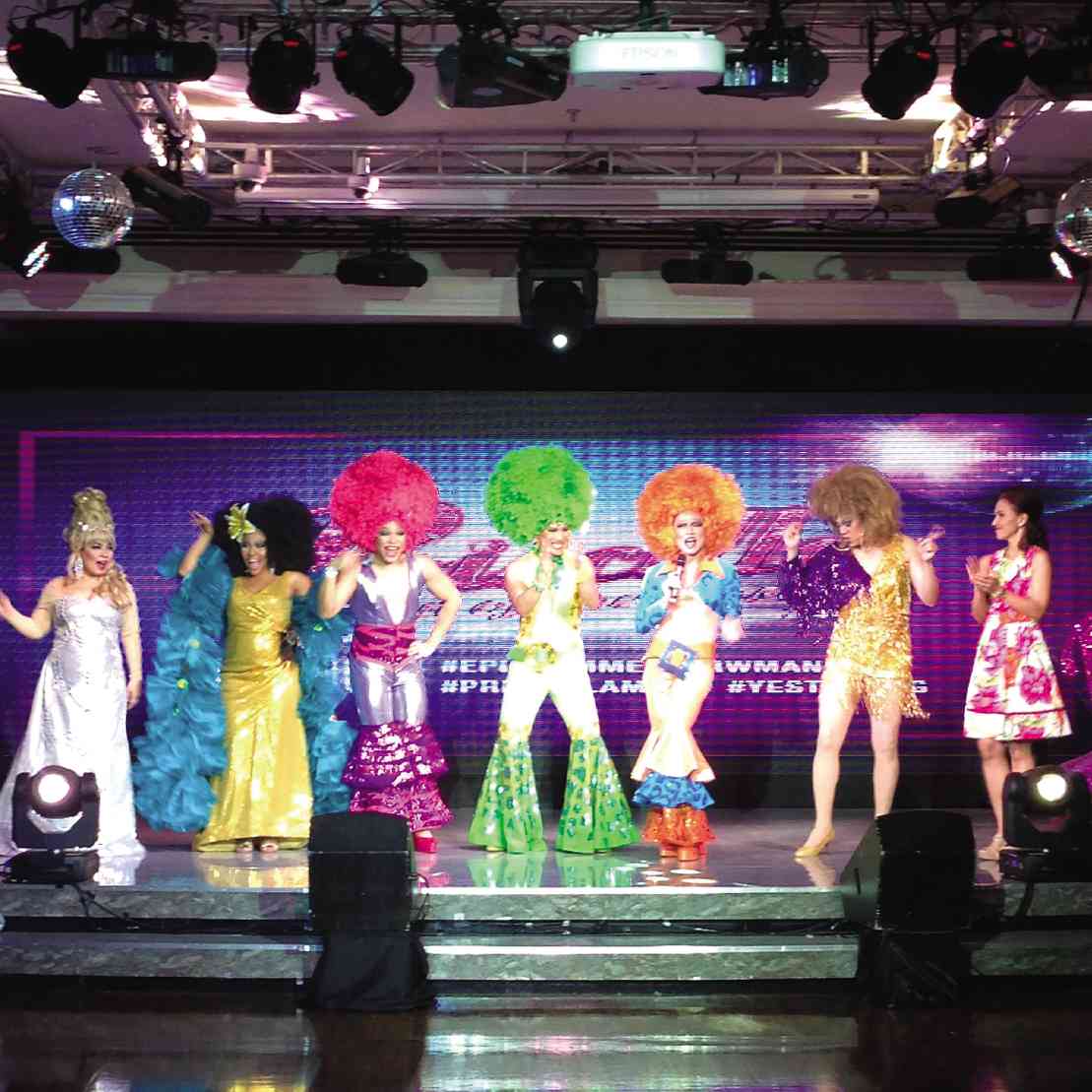 Stephan Elliot’s musical play, “Priscilla, Queen of the Desert,” will be staged at the Newport Performing Arts Theater of Resorts World Manila starting May 9.

The popular play tells the story of three friends—two drag queens and a transsexual—who travel across the Australian desert in their trusty pink bus named Priscilla to showcase their unique style of cabaret.

Packed with music hits such as Tina Turner’s “What’s Love Got To Do With It?”, Village People’s “Go West,” Alicia Bridges’ “I Love the Nightlife,” Abba’s “Dancing Queen,” Gloria Gaynor’s “I Will Survive,” Dionne Warwick’s “I Say A Little Prayer,” Weather Girls’ “It’s Raining Men,” and Peaches and Herb’s “Shake Your Groove Thing,” “Priscilla, Queen of the Desert” is one of the few musicals that keep audiences dancing from start to finish.

Also in the production is Menchu Lauchengco-Yulo.

“Priscilla Queen of the Desert” is a production of Resorts World Manila.