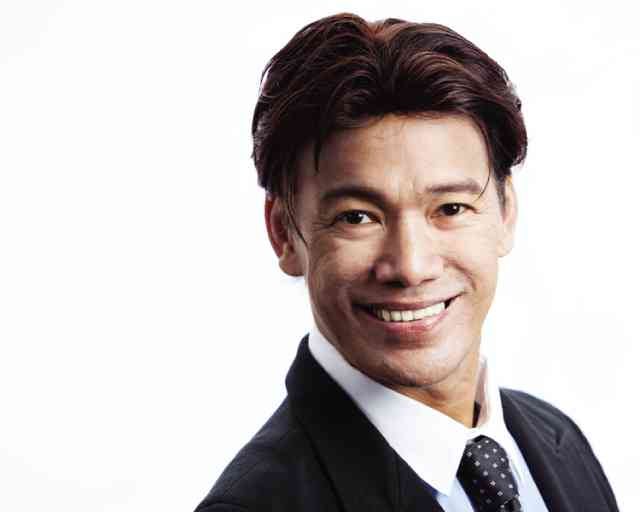 OSIAS Barroso is University of Santo Tomas’ outstanding alumnus in the arts.

In a citation rarely given to classical dancers, Osias Barroso, danseur, teacher and choreographer, received the 2014 Total Award.

Total is The Outstanding Thomasian Alumnus Award given by the University of Santo Tomas (UST).

A communication arts graduate from UST, Barroso says it’s the first time that his alma mater has recognized the valuable contributions of a dancer trained in a Western medium.

The co-artistic director of Ballet Manila (BM) never thought he would get this far. When he took up ballet, his goal was only to master the craft and specialize in teaching ballet for men.

He never even dreamed of performing principal roles since he didn’t embody the ideal principal male dancer. Aside from being a late starter, he was short at 5’5½”, which made it difficult to be paired with tall ballerinas. His jumps, though light, lacked elevation.

Although he didn’t have the fireworks to thrill the audience, Barroso’s dancing was lucid and dramatic. But, as a partner, he was reliable and easy to work with. That quality enabled him go places.

Barroso recalls watching a dancer fluttering on stage in UST back in the early ’80s. Fascinated by her clean lines and fluidity, he decided to take up ballet.

The training helped him pass an audition for the UST Salinggawi Dance Troupe (SDT), which provided him a scholarship. Barroso credited the dance scholarship for lightening the financial burden of his parents.

At that time, SDT was run by choreographer Rene Hofileña who provided a rounded training of jazz, ballet and folk dance and emphasized expressiveness—so unlike today’s SDT which has shifted its focus to hip-hop and acrobatic cheer dance.

Like Hofileña, they imparted clean technique, imbued with style and theatricality. They also taught him the importance of a dancer’s propriety and grooming, which Barroso also imparts today to his students.

In 1987, Barroso joined the fledgling Philippine Ballet Theater (PBT), which was a composite of dancers from various companies. He was content performing little solos.

Meanwhile, to support his paltry salary from PBT, he moonlighted for two cultural dance troupes that fielded entertainers abroad. He said his college diploma and facility in English enabled him get promoted to production manager in one of these troupes, Kultura Filipina.

Barroso got his break when he was cast as the Poet in “Les Sylphides.” He was the third choice for the role. But since the other two choices weren’t available, he got the part.

It was also the start of his long partnership with Lisa Macuja-Elizalde, then PBT principal dancer.

Subsequently, he got to play Franz, the lead in the comic ballet “Coppelia” with Elizalde. Again, he gained the role by default. The two Filipino danseurs from abroad couldn’t come home, and he was the third choice.

How did he fare with a seasoned ballerina like Elizalde? “Lisa dances with anyone whether he’s a junior or a principal,” he says. “She’s very patient and has helped many male dancers like myself.”

Elizalde taught him the mechanics of the overhead lift, a partnering technique in which the danseur gracefully hoists the ballerina high in the air to lend the illusion of floating.

Learning the nuances of partnering, Barroso realized the inadequacy of classical training in those days. The technique classes were skewed toward ballerinas, thus giving the impression that ballet was a sissy art.

There was not enough emphasis on male dancing and partnering. In his mind, he vowed that he would learn as much as he could and develop male dancers.

Barroso further honed his technique when he and Elizalde went to Cuba to train with dance coach Laura Alonzo, daughter of the legendary ballerina Alicia Alonzo, founder of Cuban ballet.

In a private session, Alonzo challenged him to do a one-hand overhead lift. If you were to compare that to weightlifting, think of a bodybuilder raising a 100 lb-barbell with one arm over his head.

Barroso did it seamlessly that it became a signature when he and Elizalde performed the “Don Quixote Pas de Deux.”

In 1992, Elizalde brought him to the 1st Sergei Diaghilev International Competition in Russia where he was a noncompeting partner. They performed “Don Quixote Pas de Deux ” and Harlequinade, for which Elizalde won a special award for artistry.

The experience gave him the confidence to join the first Nagoya International Ballet Competition where he became a semifinalist.

When Krasnoyarsk, Siberia opened itself to the world, it organized its first international dance festival. Elizalde and Barroso were invited as guest artists. He recalls that a change in program forced him to learn the entire “Don Quixote” in four days. He and Elizalde rehearsed the dances in the hotel lobby.

From 1993-94, they toured Russian cities where Barroso performed full-length classics. He also received his break as Albrecht, the principal male role in “Giselle.” It is his favorite role not only because of the technical challenges, but also because it enabled him to convey a wide range of expressions from flirtation and guilt to grief and peace.

When Elizalde formed her company, Ballet Manila, in ’95, Barroso and 11 other dancers joined her. They resolved to become a force to reckon with.

In the early years, BM toured the entire country promoting ballet to the masses from Baguio to remote places such as Tacurong City and Isulan in Sultan Kudarat. They performed in school gymnasiums and makeshift stages littered with frogs or with bats flying above them.

Barroso had thought that he could still be dancing in midlife until he was diagnosed with spinal stenosis, a degenerative disease that nips the spinal cord. His condition required surgery and forced him to slow down. He retired at 41 and ended his 16-year partnership with Elizalde.

Working on himself for many years, he felt it was time to focus on his mission: to improve the standard of male classical dancing in the country.

He had been teaching since the early ’90s in PBT, grooming dance scholars who later became strong soloists such as Jerome, Jeffrey and Eduardo Espejo. In BM, he was the ballet and rehearsal master.

Aside from his solid understanding of technique and artistry and his communication skills, he is strict and always looks after the potential of dancers. Barroso sometimes acts as a psychologist, trying to understand the individuality of each dancer or what guest choreographers want to convey when they can’t explain their own works to the company. Most importantly, he imparts on the dancers the sense of respect for their profession.

For male dancers, Barroso underscores the importance of partnering skills: “You’ve got to be reliable… A man needs to be more sensitive to the needs of his partner. Can he support the ballerina or does he just let her go?”

Barroso drives the dancers and students to be technically secure and disciplined and develop a passion for dance. However, the most valuable element by far is the spirit, which facilitates dancers to become fully immersed in the art.

BM has a lot of success stories, one of them the fact that the male dancers outnumber the females in the company. Barroso constantly grooms dancers for competitions and for principal roles.

Elpidio Magat, who won the silver medal in Asian Grand Prix, is a soloist in BM. Alvin Santos, Rudy de Dios, Gerardo Francisco and Romeo Peralta have the makings of future stars. Soloist Nazer Salgado is now with the Singapore Dance Theater.

Today, teachers from other schools send their talented boys to Barroso for training.

Barroso says he hasn’t completely turned his back on dancing. When BM celebrates its 20th anniversary in 2015, Barroso plans to stage a “comeback”—at 50.