Mirror, mirror who’s the longest of them all? | Lifestyle.INQ ❮ ❯ 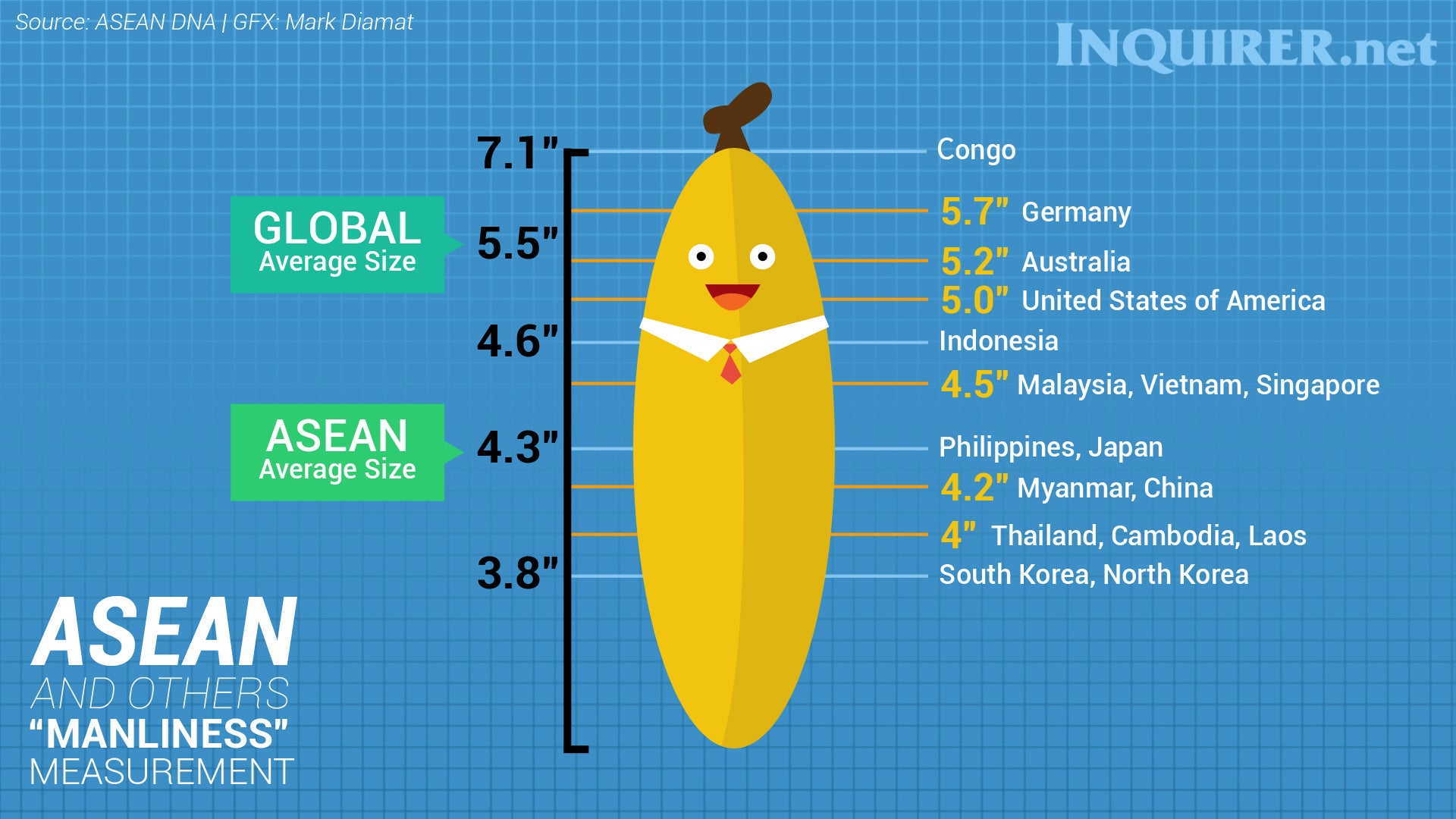 Mirror, mirror who’s the longest of them all? 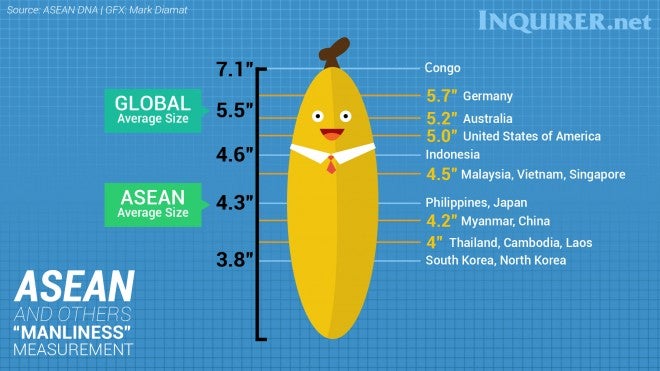 Well they are by Southeast Asian standards but not so much on the worldwide scale.

After taking a look at the height of Southeast Asians, the Association of Southeast Asian Nations DNA pulled down the zippers, ripped the buttons, and ditched the boxer shorts and the briefs to look under the hood.

According to their measuring tapes, Filipinos are manly enough with a good 4.3-inch length.

Japanese males join the Filipinos as the average dudes in the scale of manliness.

And if China continues to harass Filipinos in the disputed islands, the proud men of the Philippines can whip out their longer rifles and stand their ground as the mighty Asian dragons have a .1-inch disadvantage in their artillery.

Myanmar joins China with a 4.1-inch hood, though Filipinos need not fear the Burmese in any known dispute, maybe except an argument on manliness.

Males from Thailand, Cambodia, and Laos have the second-shortest bananas in the region with their four-inch produce.

Surprisingly, the Thais who have an average height of 5’6.9”, and Cambodians who stand at a good 5’4.1”, have a relatively small bulge.

And the two Koreas, who are technically still under conflict, may compromise for a period of time and agree that neither of them are manlier than each other as both have a measly 3.8-inch “pistol.”

Even if they are the shortest in the region, averaging a lowly 5-feet-2-inches standing height, Indonesians are the “manliest” of Southeast Asians with a respectable 4.6-inch totem pole.

While the Malaysians, Vietnamese, and Singaporeans, who are all taller than the Indonesians, are second on the graduated stick with a close 4.5-inch log.

And it looks like that height does not matter as Filipinos are the second-shortest Southeast Asians with a lowly 5’3.7” standing height.

And if the debate of the importance of size comes into issue, Southeast Asians may just sit down on the bleachers and gawk at the big boys as women do prefer the larger dudes.

According to a study published in April of 2013, women would always prefer the longer and bigger shift sticks.

And with that argument laid under the sheets, the men from Congo may just get all the ladies when they brandish their 7.1-inch towers of power, and that measurement is just the average.

On the other side of the river, after crossing several miles, the Germans are not even a close second with their 5.7-inch oar.

Down under, the Australians are third on the list with their 5.2-inch didgeridoos.

Americans, the proud men of Uncle Sam, may not be so proud after-all as they only have 5.0-inch flag pole.

No research, however, was done on the correlation of shoe size to the manpower size.