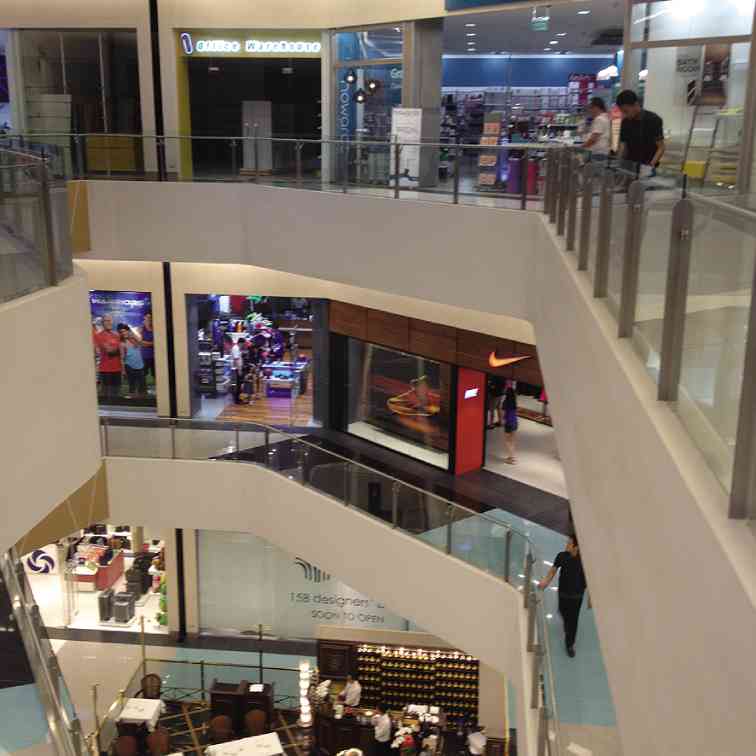 TO KEEP shoppers happy,malls should know when to update, renovate and refresh their interiors. More shopping choices could also tip foot traffic and volume sales in their favor.

Battle of the newbies–but now smaller, more high-end and ‘curated’

These are happy times for the most fervid mall-goer: A new, shiny monument for retail worship seems to open weeks, months at a time. That means new brands—or new stores of the same, already familiar brands—for the shopper to plunk her hard-earned moolah into. Drawn to it like moth to a flame.

In Makati, the sleek Century City Mall on Kalayaan Avenue opened only a few weeks ago. It sits on a prime spot in an upscale development community surrounded by residential buildings and a gated village at the opposite side of the street.

This is more Power Plant Mall than SM Mall of Asia, smaller and more intimate, catering to the denizens of its neighborhood. It was our second visit, a weekend, and if, like us, you dread being smack into the center of a mob, Century City Mall is your kind of mall.

Granting many stores have yet to open—Uniqlo was still boarded up, for instance—we saw more people in the restaurants than in the shops, you selfishly wish the crowd stays away for good. Or at least, that it reaches a consistently contained level, just like at Power Plant Mall. The ACs are also new, and there are no crowds—yet—so bring a wrap when you visit; it can get somewhat arctic.

The only drawback in smaller malls is that, essentially, the offerings are not as vast as a shopping complex like an SM Megamall or MOA. Marketers call the selections in malls the size of 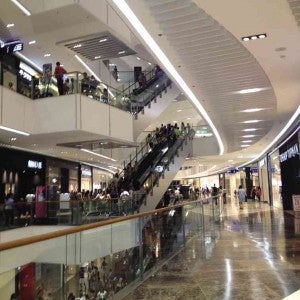 Here, they have a good mix of familiar concepts, from fashion to lifestyle to home to sporting goods, and new concepts (Chibi Momo, Blue Carreon Home).

Across town is the year-old SM Aura Premier, where high-street brands like Topshop and Bershka, and homegrown labels like Human and Kamiseta, mingle with higher-end brands like Stuart Weitzman and multibrand concepts that sell shoes from Alexander McQueen and John Galliano.

SM Aura is one fine example of a high-low mall: It attracts the high spender who might grab a meal at Paul or Todd English after shopping; the teenager who’s on a hunt for a cute skirt at Forever 21; and all the in-betweens—for who doesn’t shop at Uniqlo, anyway? 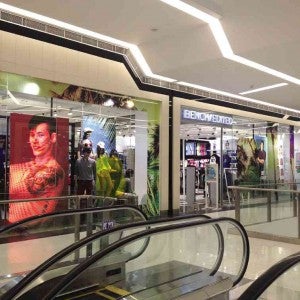 But as anyone who has been to an SM, you should know that even this higher-end SM draws in the crowds, shopping or just seeking refuge from the heat outside. If you think you’ll bump only into residents of nearby Forbes or the high-rise condos of Bonifacio Global City, you’re quite mistaken.

If it’s a little more controlled environment you seek, crowds-wise, the nearby Bonifacio High Street Central might be a better option, with its luxury shops like Rolex and Charriol, and on the fashion side, Casadei, BCBG Max Azria, G Star Raw, Banana Republic, Kenneth Cole, Fred Perry, Y3, and BHS uproots like Muji and Gap.

This writer is a frequent visitor of the BHS strip, though I hardly ever venture into BHS Central. Not a happy jaunt if you’re required to carry your well-behaved, toilet-trained, 13-pound dog as you peruse the shops (never an issue with the stores on the BHS strip; well, except for Fully Booked). Not that I’d actually buy a Rolex…

BHS can get pretty crowded on weekends, especially when there’s a street event. Families with young children and dog owners (it’s one of the few pet-friendly places in the city) don’t 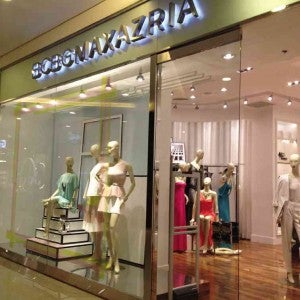 seem to mind. They come in flocks! The new, multilevel Old Navy store was crammed a week into opening.

Residents of the Bonifacio Global City area are also awaiting the opening of Central Square, the SSI-owned mall just across BHS Central that will house the country’s first Pottery Barn, among other new flagships.

Come to think of it, many of the brands cropping up in the new malls near you are already old news. But there’s something about a bright, new store that lures you in; maybe it’s the fresh coat of paint, maybe it’s the friendlier, more attentive staff. Somehow, the merchandise just seems nicer in a new store.

In Mandaluyong, SM Megamall has finally opened the new wing, Mega Fashion Hall, which, for all its brightness, high-ceiling and brand-new shops, has made the older wings of the mall look like they’re begging for equal TLC (read: major renovations). The brand-newness of the wing that will house the first H&M has made the older wings appear so dreary and even more congested than usual. 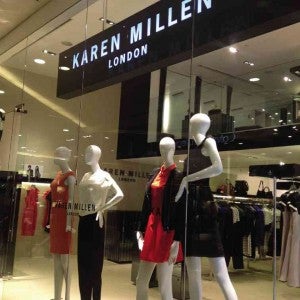 We can say the same for its neighbor, Shangri-La Plaza Mall, which last year unveiled its East Wing that will house Saint Laurent, Givenchy and Giuseppe Zanotti, and now has Carven, Herve Leger, Repetto, among many luxury brands.

Though the high-end Shangri-La never gets as crowded as its next-door neighbor, the high ceilings and overall newness of the East Wing have made the older areas of the mall seem darker and desolate by comparison.

And perhaps that’s just the kind of dilemma mall owners need to face. It’s imperative to update, refresh and renovate, to continue keeping their longtime shoppers happy, to lure in new ones, and not lose them completely to the dazzle of eager-to-please newcomers with their fancy shops and the warmer smiles of storekeepers.