The maestro was once a groupie | Inquirer Lifestyle ❮ ❯ 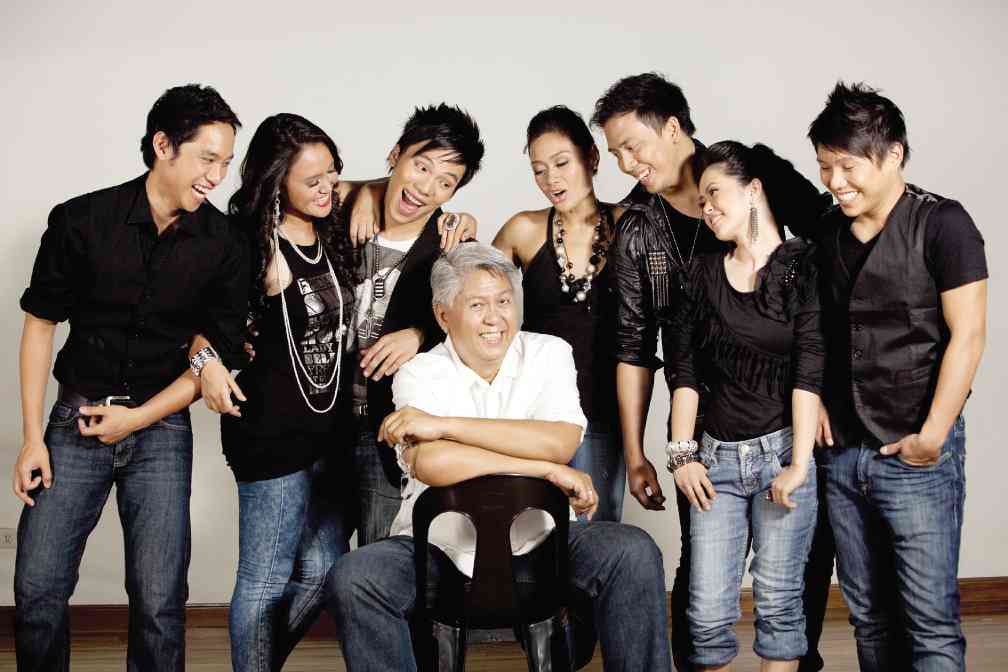 The maestro was once a groupie

Ryan Cayabyab pauses, trying to remember the year he first performed at the Cultural Center of the Philippines (CCP), which he describes as a mecca for young music students like him in the 1970s. He recalls the early musicals he joined in, but has difficulty pinpointing particular dates. He laughs at this senior moment.

Cayabyab, fondly called Mr. C and the country’s most prominent composer, arranger, conductor, pianist and advocate of Filipino music, is turning 60 tomorrow, May 4—an occasion that is being celebrated by the CCP itself with a year-long lineup of various productions showcasing his works.

CCP vice president and artistic director Chris Millado says it so happened that there were a number of projects related to Cayabyab’s music that were lined up at the venue. “We felt it called for a festival of sorts, to celebrate Ryan the whole year.”

The fest, dubbed “Mr. C at 60, A Musical Celebration,” kicks off with “The Music of Ryan Cayabyab” tonight at the Tanghalang Nicanor Abelardo (CCP Main Theater), featuring top Pinoy singers, a 60-piece choir, and the ABS-CBN Philharmonic Orchestra conducted by Gerard Salonga.

He may not remember exact dates, but his memory of significant moments of his life in music is vivid. And the CCP figures prominently in it.

In the early ’70s, a musical revue called “The Best of Broadway” was being staged at the CCP featuring the UP Madrigal Singers or the Madz. “I was a groupie of the Madz and the UP Concert Chorus,” he recounts, adding that his constant hanging out with these singing groups on the UP Diliman campus where his family resided led to his being included in the wing chorus of “Broadway.”

Cayabyab was then studying accounting also at UP. After classes he would commute to the CCP. Rehearsals for “Broadway” didn’t start until 6 p.m. but he would be there as early as 3:30.

Cayabyab would open the grand piano and practice the classical pieces that he learned at home. (His mother was an opera singer and professor at the UP College of Music.)

It was while playing the ivories before rehearsals that he met Cocoy Laurel, who was in the cast of “Broadway.”

Laurel, whom Cayabyab credits as his “key to the local music industry,” later on hired him as pianist, arranger, and musical director. Laurel’s parents, then Sen. Doy and wife Celia, would sponsor Cayabyab’s college studies at UP after convincing him to shift from accounting to music.

By then, Cayabyab was a working student. After high school, he auditioned and was accepted as pianist for the DBP Chorale Ensemble. “I lied about my age, sabi ko 18 years old na ko para maka-audition. That was my first job.”

It was also through Laurel that he met the country’s leading musical arrangers at that time.

His first musical score was in the film “Ophelia at Paris,” starring Laurel and Vilma Santos.

This led to more doors being opened. “I got to meet Pilita Corrales, Basil Valdez … I became their music director,” he says, admitting that he couldn’t imagine becoming a classical concert pianist.

He says that when he entered the UP College of Music, he was a piano major. But after playing the sonatas of Beethoven, “ayoko nang mag-piano. After watching Sunico, Andre Watts and other pianists who performed at UP, sabi ko, ‘hindi ko nakikita yung sarili ko run. Hirap na hirap akong mag-memorize ng ‘Beethoven’s Sonata No. 5.’”

He became known in UP as an accompanist—the pianist of a vocalist. “Voice majors always needed a pianist to accompany them. At that time, mani lang sa akin lahat ng piyesa, it was all sight-reading.”

He has done countless concerts at the CCP, accompanying the best and brightest contemporary Pinoy singers.

In the mid-’80s the Philippine Philharmonic Orchestra got him to conduct a full-length concert. He turns ecstatic: “Unbelievable,

paano ko nagawa yon?” The program, he recounts, consisted of love arias as in Samson and Delilah, Romeo and Juliet, and a then new piece he wrote called “Pepe and Pilar.”

We ask him if there is a difference in the high he gets from his roots, classical, and the medium that made him famous and financially stable, pop. “Hindi siya different, in a way, kasi pareho lang yung nilalagay mong effort. Basta ang importante you understand the medium, the style. You need a wide understanding of the things you’re doing,” he says.

As a musician he describes himself as “a fusion of this and that, I mix things. People are correct when they say, ‘he’s not a purist classical musician, and he’s not as pop as the other pop musicians.’ It’s true. I’m not a rock musician, either. When people say I had contributions to jazz music in the Philippines, I cringe a bit. I know that I’m not really a jazz musician. But I support the jazz movement.”

To become a good musician, he says, one must have a foundation of the basics, which is learned in music school, or at least through formal music lessons.

“The only way to fly is to know what constrains you,” he says. “If you don’t know, you’ll just be flying around and copying everybody else. Musicians who don’t read notes, ang feeling nila it’s a hindrance, nawawala yung feeling, intuition, spontaneity. But as a matter of fact, na-ho-hone mo lalo yung spontaneity mo kasi at a certain point, the logic and the intuition blend into one.”

The maestro proudly reveals that he has no manager and no secretary. “I fix my own schedule and decide what I want to do,” he says. He adds that his wife Emmy is his “sounding board, she’s the one who tells me, huy, you need to do this naman, help me naman with this …”

On what it feels like to be feted with a tribute, a year-long calendar at that, he pauses again, before saying: Ngayon ko lang na-realize … Do not stop writing music, who knows, when you’re 60, you have built an enormous library of music … You just have to keep on moving, because each work that you do, whether major, minor, good, not good, excellent, bad, whatever it is, it defines you at that particular moment. So, if you’re the type who will not finish a work because you feel it’s not good, you’re missing on the opportunity to say, ‘I was bad during that time.’

“It’s like … I’ve lived a full life. Pwede na kong mamatay. So, when people ask me, ‘are you still working?’ Yeah … you stop only when you die.”