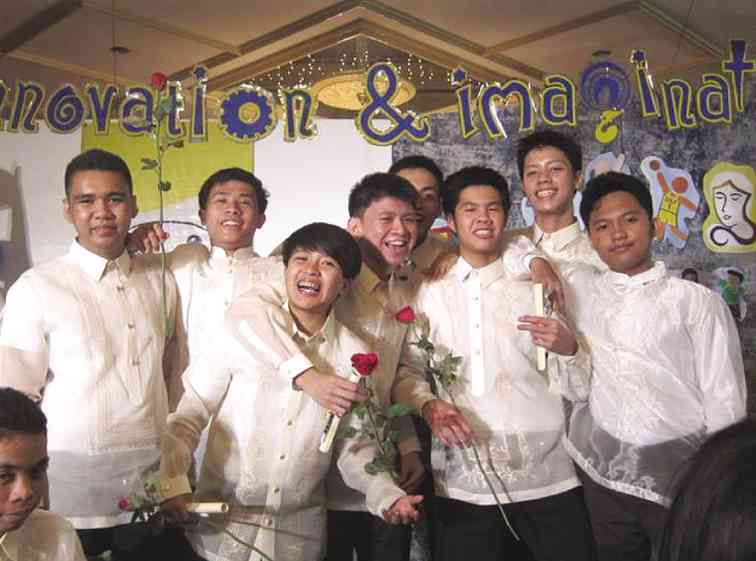 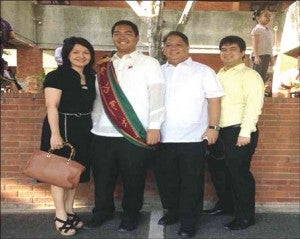 When the triumphal March from “Aida” begins to play, I become nostalgic. It is, for the graduates, the end of study and the beginning of life. Or maybe the beginning of another round of studies. Or repeat studies.

I am talking of a UP graduation, of course. It is endless. I saw onstage Dr. Michael L. Tan, now chancellor of UP Diliman, handing out diplomas and shaking more than a thousand hands. He was smiling as if it were the most pleasurable job on a scorching afternoon. He looked every bit as handsome and interesting as when he had the leisure to chill out, with common friends, in my house more than a dozen years ago. (Of course, I’d mention this!)

Now in the pinnacle of academe, not only is chancellor Mike the father to three or four adopted children, he still writes an always-interesting column in the Inquirer, lectures and, I’m sure, does other scholarly things. For tonight, I hope his hand does not fall off like a dead branch from all that handshaking. I wish him a warm two-hour hand massage in readiness for tomorrow’s university-wide graduation of three thousand more! I feel like crying.

Roy and my daughter Wendy had invited me to Carlo’s graduation lunch. He was wearing a UP sablay (cloth sling over his shoulder with old Filipino script) and his medal as proof that he was entitled to the restaurant’s free offer of “the juiciest tenderloin steak, for graduates only.” We had great grilled meats, too, but they were not free. The family is celebrating excellence of the student, as well as the school’s. 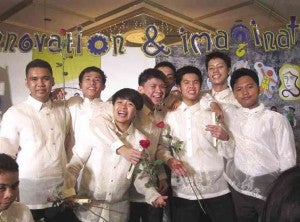 I missed the high school graduation of Miguel because I was not invited to it, only to the Japanese dinner afterward. Miguel D. Fernando studied in Community of Learners (COL). Founded by educator Feny de los Angeles Bautista, COL is a school for children with special needs. It embraces students of all stripes, including (in one of its many classes) a student with epilepsy and one with Down’s Syndrome.

Others had lesser learning problems like Miguel’s jumbled letters (dyslexia) and ADD (attention deficit disorder). Even ADHD, the same as the above, but with a hyperactive component (child needing to run around all the time), is deemed solvable. There are no crazy children in COL, only lots of intelligent ones. Miguel soon got over his problems.

The school has gone through hard times and changed location three times. But its inhabitants so believed in it that they said they’d stay with COL even if the classes were held on the street.

Teacher Feny recognizes in each child a special talent or interest that the school will nurture. It may be sports, elocution, clothes design, dancing, music, painting. Its graduation was, of course, unique.

There were two speakers. One was a parent who had been actively involved with the school. The other was a yaya who had seen three siblings through COL and was so caring she looked after all the other kids as well. The yaya was so overwhelmed she cried and cried all through her speech. 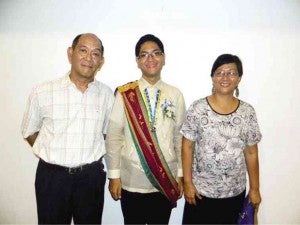 Teacher Feny read the graduates a meaningful story about not being afraid of change: “Tahan na, Tahanan.” It was a fantasy about a child being so attached to her house, she couldn’t bear to leave it behind and so ran away with it (something like that).

Students of COL are mostly bright and have, like Miguel, been accepted for college to top universities like UP, Ateneo, UST.

The COL graduation rites began with a march on a long aisle. Everyone was dressed in Filipiniana of their own desires. One of the boys, who is gay, had designed his own barong, the back of which had a long train that swept the floor. Laban ka?

PS. Pardon but, like a true lola, I take the opportunity to foist the pictures of my progeny in my space.