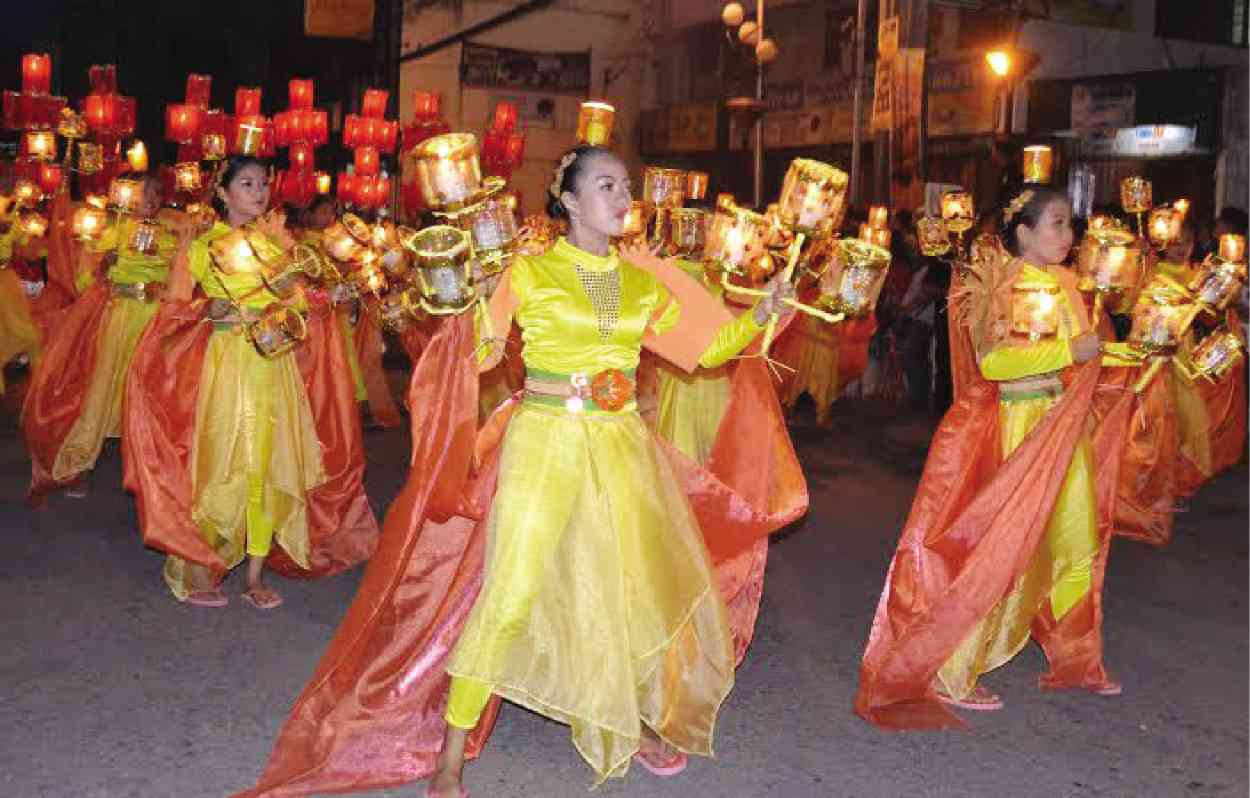 Originally held to mark the province’s foundation day, the cultural dance dating back to the Spanish era was inspired by the marginal fishermen’s practice of lighting their lamps as they go off to sea.

Coined from the words pandanggo and dagitab or flicker of light, the stylized dance follows the traditional sway-and-balance movement, with the shallow gyrating of the hips and side-swing of the hands. The evening street dance parade, the highlight of the festivity, was held in the provincial capital city of Calapan.

Pandang Gitab also celebrates Oriental Mindoro’s natural and cultural heritage sites such as tribal villages of the Mangyan, one of the country’s indigenous tribes.

Situated southwest off mainland Luzon, the province is home to the famed resort town of Puerto Galera, a Unesco man and biosphere sanctuary and named by a Paris-based club as one of the most beautiful bays in the world. It provided a safe harbor to Spanish galleons which plied the Manila-Acapulco trade in the 19th century.

The province also takes pride in its secluded coves of fine-sand beaches, the scenic and placid lakes of Naujan and Caluangan, enchanting waterfalls, and the mighty Mt. Halcon which is home to one of the country’s havens of biodiversity.

Oriental Mindoro recently hosted the visit of Miss Earth Philippines pageant contestants and the Sail-Drive Caravan of the Automobile Association of the Philippines.