Gratuities 'not expected' as some US restaurants forgo tips | Inquirer Lifestyle ❮ ❯ 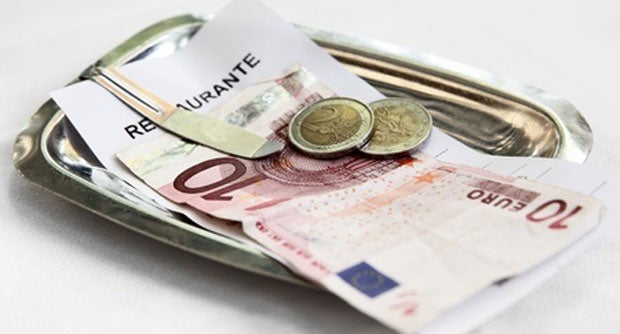 Gratuities ‘not expected’ as some US restaurants forgo tips 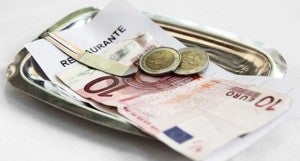 NEW YORK — In the United States, customers are expected to add an extra 10 to 20 percent to their tab at the end of a meal – but increasingly restaurants are forgoing these tips.

Leaving a gratuity is de rigueur when dining out because pay for restaurant servers is so low.

While the US federal minimum wage is $7.25 an hour, wait staff can legally be paid as little as $2.13 in some places. In New York, one of the most expensive US cities, salaries for waiters start at $5.00 per hour.

However there is a new trend: Riki Restaurant in New York is one of a growing number of establishments eliminating tips by taking the unusual step of paying their staff higher wages.

“Riki Restaurant is now a non-tipping establishment,” read notices at the popular Japanese eatery. “Tipping is not required nor expected.”

The no-tip policy is especially being adopted by upscale restaurants, said Michael Lynn, a professor at Cornell University’s School of Hotel Administration.

Folding tips into the meal tab protects waiters from being shortchanged by the occasional tight-fisted diner, said Lynn, who specializes in issues related to marketing and consumer behavior.

It’s seen as an issue of equity, as restaurants attempt “to equalize the pay between the front and the back of the house,” he said.

A downside is the sticker shock that patrons sometimes suffer when browsing through menus that have tips factored into the prices.

“American customers tend to not think of the tip as an expense, and they don’t really factor that into their assessment of how expensive a restaurant is,” Lynn said.

“It makes a restaurant look more expensive than a restaurant that has 15 percent lower prices, but expects tips.”

Gabriel Frem, owner of the upscale Brand 158 restaurant in the Los Angeles suburb of Glendale, also sees his establishment’s no-tipping policy as a way to protect staff from the whims of diners.

“We interview and hire our employees, not the guest, and we expect to pay them, and be responsible for their actions,” he said.

“If they do great, we keep them, and if they don’t, we let them go.

“We don’t want their pay to be at the mercy of a guest’s random calculation, based on unpredictable factors.”

As it turns out, tipping can vary wildly from guest to guest — and not always because of the quality of the table service.

Some patrons withhold tips because they feel the server was not sufficiently cheerful (“I don’t like her smile”).

Others do so because they didn’t particularly care for the food — even if a meal’s preparation is not under the control of the wait staff.

It’s also a problem, Frem said, if workers don’t know how much income they can count on from week to week.

“We want to ensure that they can pay their bills,” he said.

The tipless restaurant is still a long way from becoming the norm, but some New Yorkers are beginning to warm to the idea.

“At first, I really thought that if a waiter was rude, I would want my discontent to be reflected in their tip,” said Noel Warren, a young New Yorker who dines out at least twice a week.

“But then I thought, why would a waiter be disrespectful in the first place? Probably because he or she has lost faith that customers are going to tip well — so why put in any effort?”

“If they were properly compensated for their work, they might treat their customers better,” Warren said.