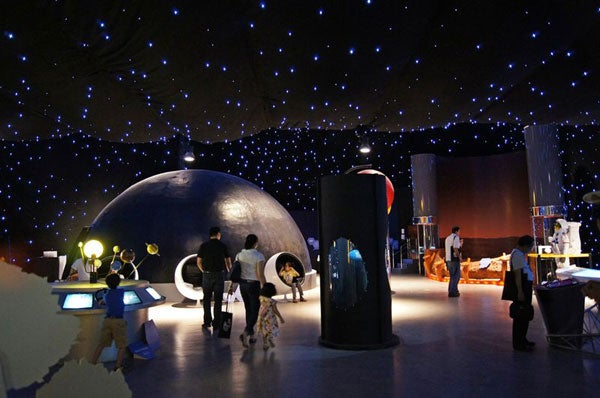 MANILA, Philippines – The Mind Museum, the first world-class science museum in the Philippines, was recognized for its exceptional design and masterful execution of exhibits at the 20th Annual THEA (Themed Entertainment Association) Awards held last April 5 at the Disneyland Resort, Anaheim, California.

The Mind Museum is among 13 recipients of this year’s THEA Awards for Outstanding Achievement, bringing pride and honor to the country. The recognition comes as a first for any establishment in the Philippines and for science museums in Asia.

Other recipients include Gardens by the Bay in Singapore; Enchanted Tales with Belle in the Walt Disney Resort in Florida; Cirque du Soleil’s Michael Jackson ONE, shown in Mandalay Bay, Las Vegas; and Marine Worlds Carousel in Nantes, France.  Past years’ awardees also include Waterworld, A Live Sea War Spectacular, in Universal Studios Hollywood; and the Warner Bros. Studio Tour – The Making of Harry Potter in London, to name a few.

The prestigious THEA Awards is considered and dubbed as the “Academy Awards” of the themed entertainment industry. Presented by the Themed Entertainment Association (THEA), an international nonprofit association representing the world’s leading creators, developers, designers and producers of compelling places and experiences, it was created to help realize a key mission: bringing recognition to achievement, talent and personal excellence within different categories.

THEA cites that The Mind Museum “went the extra step in expanding science into a fully experiential world, creating unusual scale, playful details and interactivity throughout… demonstrates true excellence in design and execution. The thematic thread and artistic treatments throughout the museum is what makes this project extraordinary by any standards.  This world-class design combined with sensory-rich experiences make The Mind Museum a truly outstanding achievement in the museum category.”

The Mind Museum’s Curator Maria Isabel Garcia, who received the award on behalf of her team, said: “The Philippines has figured in many tragedy-related records.  We ranked #3 in the World Risk Index under Climate Change and we have also landed the most destructive typhoon ever recorded. But now, we make a happy record in the first Philippine institution and the first science museum in Asia to receive one.

‘‘I thank our Board for believing and actively supporting the dream, the scientists here and all over the world who answered my cold emails, the artists for this was a project that was built because we had the arts [rescuing the sciences.] But most of all, I thank our people, the Filipinos, who, in their numbers and reactions when we finally opened our doors last 2012, told us [It’s about time]”.

The Mind Museum was built to provide families and students an immersed educational experience, creating a unique way of sharing millions of stories about science, hoping to transform their lives by having a deeper understanding of the world. It recently marked two years of wonderment, exploration and creativity with adventures that have taken kids and kids-at-heart on an unforgettable journey.