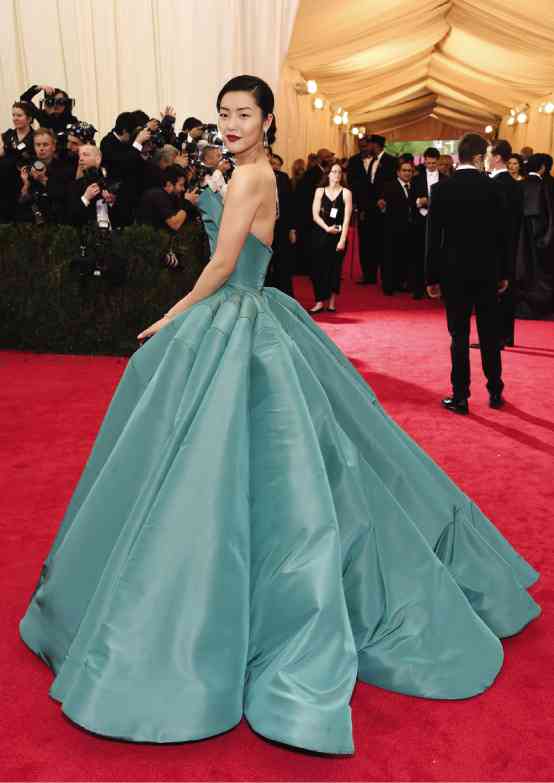 Stylish nonconformists and rule breakers, led by the radiant Lupita Nyong’o, were the standouts at the annual Met Gala Ball hosted by Anna Wintour, arguably the Oscars night of the fashion industry.

From reports we gathered, this year’s exhibit showcased the shape-shifting ball gowns of American couturier Charles James in an exhibit called “Beyond Fashion,” which runs till Aug. 8.

For opening night, which cost $25,000 a ticket, most of the sponsored muses of corporate fashion brands, with the invited music divas and movie stars, chose to ignore Wintour’s directive to show up in white tie and tails for the gents and long white gloves and full-blown ball gowns for the gals. So, expectedly, there were the overdressed, the underdressed and the virtually undressed.

Sexy is the new strictly formal. It looks fresh and aspirational, with young audiences on social media responding better to the over-easy than to the overdone. It is the hour of overt sexiness.

Before the last dress exited into the Great Hall, where a wing is now called the Anna Wintour Costume Center, inaugurated earlier in the day by First Lady Michelle Obama, Instagram showed the clear divide between the ball gowns and the slim column sheaths.

The evening’s red carpet superstars came as tribes and entourages. Designers like Stella McCartney had stellar numbers for Reese Witherspoon, Rihanna, Kate Bosworth. All three could qualify for Best in Long Gown, while Cara Delevingne was in skinny pants and a bra top.

Skinny pants were worn by McCartney herself, and Kristen Wiig for Alexander Wang and Balenciaga. Cropped tops, plunging waists and big floral prints were in abundance, too.

The Prada parade was led by Lupita Nyong’o in a green feathered, jeweled, see-through mesh frock. It made the top of both the Best- and Worst-Dressed lists in the wake of the event. Other Miuccia nonconformists were Margot Robbie and Elizabeth Olsen, while Dianna Agron was in Miu Miu—all of them in dresses that didn’t reach the floor.

Topshop was an unexpected hit with its bespoke Jamesian icy sorbet satins for Chanel Iman, Kendall Jenner and Tori Garrn. But it was Zac Posen, who paid tribute to Charles James with ball gowns on Dita Von Teese and Liu Wen that echoed some of the 75 dresses and ball gowns on exhibit.

James’ iconic creations, like the Four-Leaf Clover and the Butterfly Dress, were idolized by James Peers, Christian Dior and Cristobal Balenciaga. The show explores his design process, focusing on his scientific, mathematical and sculptural approaches to constructing the revolutionary ball gowns and innovative tailoring that continue to inspire designers today.