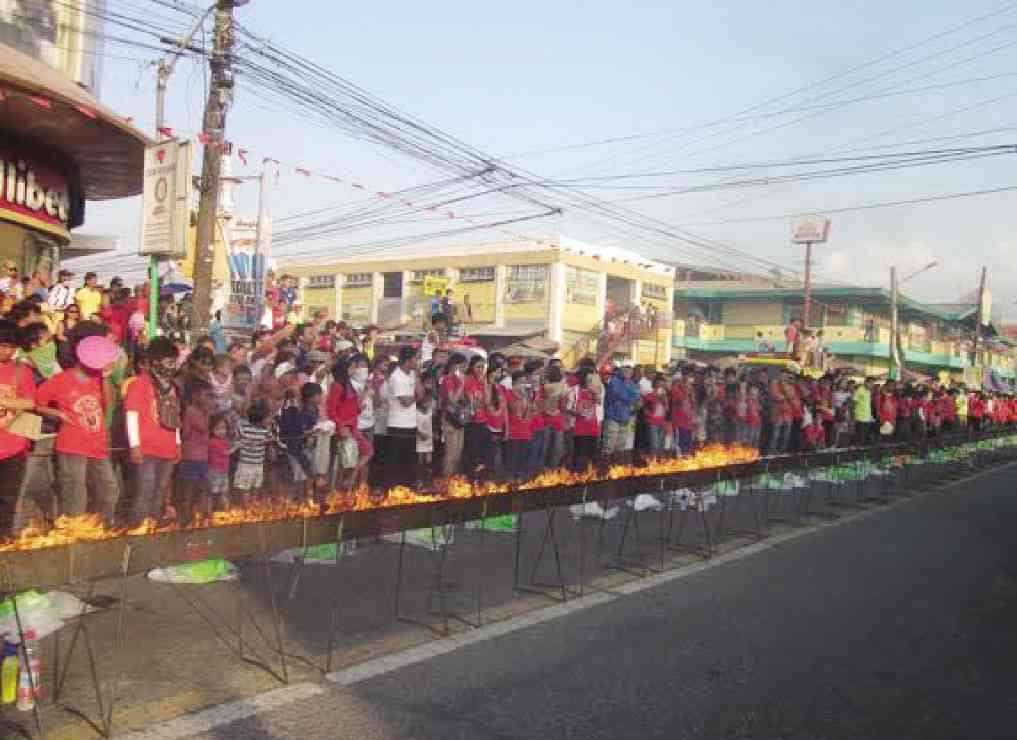 Day of days in Pangasinan

A three-day media tour of selected (and rapidly urbanizing) towns in Pangasinan organized by the provincial tourism office brought a mix of familiar destinations (like the Hundred Islands and Our Lady of Manaoag Shrine) along with some surprises.

Among these was the Balungao Adventure Park at the foothills of dome-shaped Mt. Balungao with its hot and cold springs, zipline, swimming pools, and caves.

Kambing (goat) is one of the top products of the town of Mayor Philipp Peralta so we had an innovative all-goat cuisine consisting of broth, caldereta, sushi, salad and papaitan for lunch.

At the parish of Our Lady of Manaoag that day, a fiesta was ongoing.  There were tiangge (flea markets) and sari-sari (variety) stores all over, with barkers offering free parking to motorists who can have their cars “blessed.”

There were thousands of pilgrims and devotees. Under such circumstances what do you—a practicing but liberal Catholic— do? You say a prayer to Mother Mary and move on.

We Ateneo high schoolers have been faithful to thee, Mother Mary. In our fashion.

I like the way they promote their staff. “Don’t expect robot-like efficiency from our people,” declares the brochure.

“They’re real country folks who love serving others. They didn’t need training to be warm and friendly—they were born that way,” it added.

It was an amazing sight—row upon row of barbecue grills spanning the entire length of Avenida Rizal, the main street of Bayambang, which was celebrating its 400th anniversary. And celebrate it did in a spectacular fashion.

The line extended for eight kilometers and there were 8,000 people—men and women clad in the colorful shirts of their barangays— tasked to break the previous Guinness World Record for the longest barbecue grill.

Turkey’s 6.16-km line was the last record holder in 2009. An adjudicator from Guinness was present.

Soon, the signal was given and the flames spread down the line as excitement mounted. And in a matter of minutes the freshwater fish—tilapia, hito (mudfish), dalag and gurami—were cooked and served to the multitude.

And so, the Philippines—courtesy of Bayambang, Pangasinan— now holds the global record for the longest barbecue grill in the world.

The festivities were capped by the Agew ng Pangasinan or Pangasinan Day as the province dubbed its 400th anniversary.

There was a street dancing competition along Lingayen Beach and a parade where different cities and towns outdid one another in showcasing their products via colorful floats.

With that, Pangasinan chalked up another milestone in its long and colorful history.